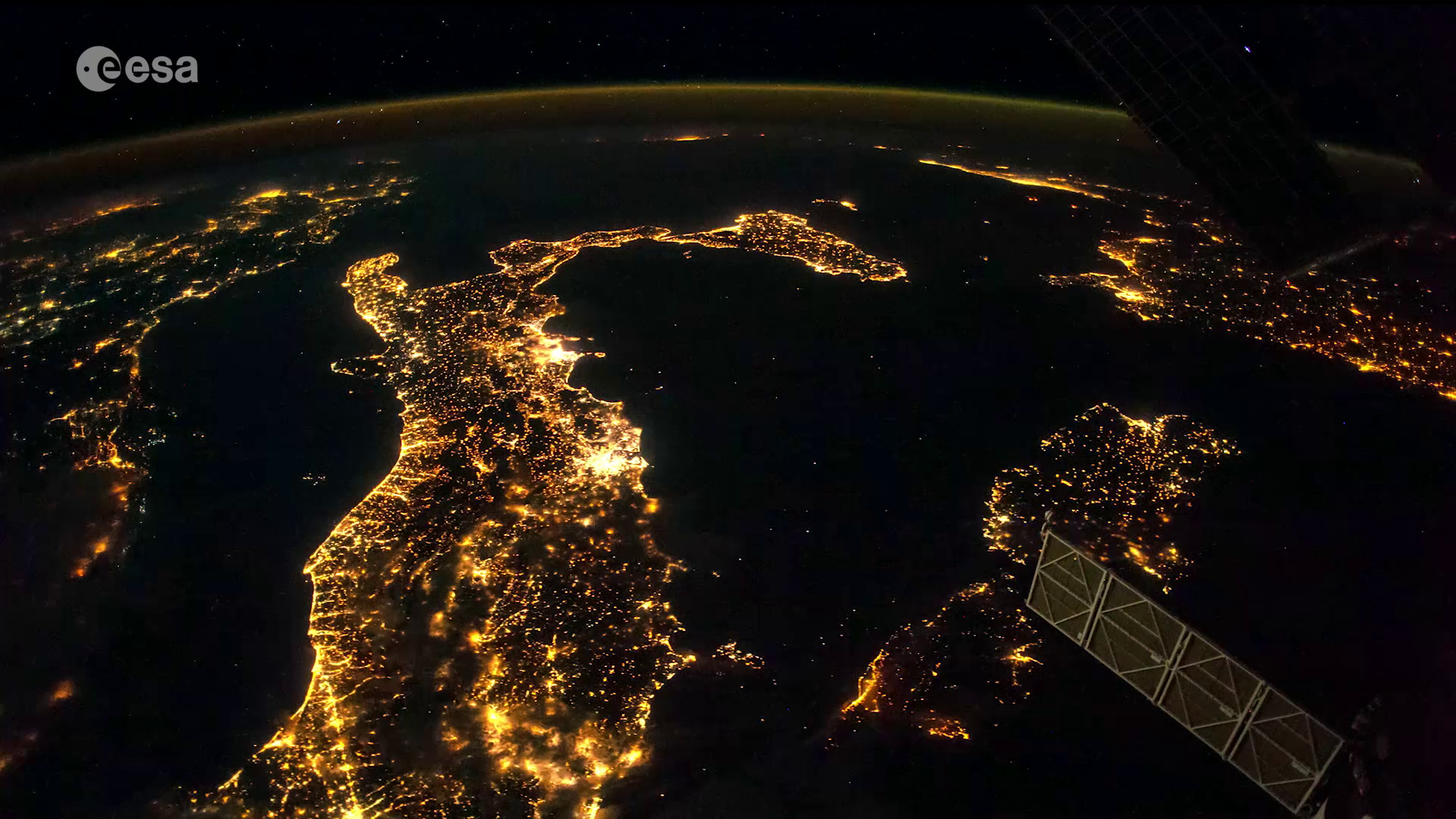 In the age of social media, no new experience goes undocumented. On Earth, we fill our camera rolls with weekends away, social events and time spent with family and friends. But just imagine how many photos you might take if you lived and worked in space.

With its incredible outlook on Earth below, the Cupola is a favourite spot for astronauts onboard the International Space Station. And, with just two weeks before they return to Earth on 24 June, astronauts Anne McClain and David Saint-Jacques and cosmonaut Oleg Kononeko will be taking every opportunity to capture that great view.

While the images are breathtaking, what you might not realise is their value in looking after the planet we call home. What is more, you can get involved right here on Earth through citizen mapping project Cities at Night. This European project aims to build the first-ever real colour map of Earth at night by calling on everyday citizens to help classify, locate and georeference pictures taken by astronauts and more than 17 000 citizens have contributed to date.

For now, it is time to shine a spotlight on the past two weeks in space.

City lights are not only disruptive for the lives of nocturnal animals, who suffer from disorientation and behavioural and physiological changes, but also for people. An excess of artificial light before bedtime reduces melatonin production, a hormone linked to sleep. This suppression can lead to negative effects on our health, including breast and prostate cancer.  Streetlights also account for a large chunk of a country’s energy consumption.

Aside from a few composite images from ESA’s Rosetta satellite, photos of Earth at night taken by astronauts onboard the International Space Station are the only colour images of their kind freely available for public use. NASA has a public database with over 1.3 million colour photographs taken by astronauts since 2003 and researchers are now using these nocturnal images to assess the environmental impact of artificial light using a mathematical technique called synthetic photometry.

Synthetic photometry enables researchers to identify light sources in night-time images captured by astronauts under different light conditions and camera settings. The results give precise information about how the colour and brightness of street lamps can suppress melatonin production or obstruct the vision of the stars.

Eye in the sky

Continuing the theme of Earth observation, Atmosphere-Space Interactions Monitor (ASIM) operations are also ongoing this month. You may recall commissioning activities for ASIM concluded 18 June 2018. That means the facility is now about to enter the second year of a two-year operational period.

Located on external payload platform of Europe’s Columbus module, ASIM aids the study of severe thunderstorms and their role in Earth’s atmosphere and climate. The ASIM platform consists of two instruments: the Modular Multi-Spectral Imaging Array (MMIA) and the Modular X and Gamma Ray Sensor (MXGS). It measures the region of the atmosphere within and above severe thunderstorms including high-altitude electrical discharges in the stratosphere and mesosphere, intracloud lightning in the troposphere, gravity waves, and creation of high-altitude clouds. It is operated from the ground and is already producing exciting results. Read more about that here.

Summing up two weeks of science on the Space Station is a tricky task and it would be impossible to cover every activity every time. But there are at least three more European experiments that deserve a mention in this edition.

Early this month NASA astronaut Christina Koch performed multiple runs of French experiment Fluidics, designed to better understand how fluids behave in weightlessness. The objectives of these sessions were to power on and test the Fluidics system after an anomaly encountered during a previous session and to observe the behavior of fluids in two new tanks where different wave breaker systems were inserted.

Understanding the underlying physics of how liquids move in space will not only improve fuel economy for spacecraft, but also enhance our understanding of Earth’s ocean currents and our climate as a whole.

If we are to travel farther for longer, it will also be important to generate our own sustainable supplies of food and oxygen in space. Astronauts Anne McClain, David Saint-Jacques and Nick Hague all assisted with German Aerospace Center DLR experiment PhotoBioreactor this month, with Anne carrying out the first algae sampling in an experiment to convert carbon dioxide to breathable oxygen and edible algae in space.

The algae selected for this experiment, chlorella vulgaris, is single-celled, spherical and can be cultivated in pumped loops to produce oxygen and edible biomass from carbon dioxide and water. It requires regular nutrients to support its growth, as well as exposure to light.

Another recent highlight was the transfer of Nano Antioxidant containers to SpaceX’s Dragon CRS-17 spacecraft that returned to Earth on 3 June. Through this experiment, researchers are looking for novel ways to stimulate cells in the battle against muscle loss, heart failure, diabetes or Parkinson’s disease. Going down to the genetic level, scientists hope to find a tailored solution that will stop the detrimental effects of long stays in Earth orbit and in deep space. Read more about that here.

Looking ahead
As ESA astronaut Luca Parmitano continues his pre-mission training on Earth, Anne, David and Oleg are preparing to return. But whether astronauts are about to be launched or recently returned, science is high on the agenda. Find out more about baseline data collection on Alexander Gerst’s mission blog.

More than half the world’s population live in cities. Space plays an important role in urban innovation, improving the quality of life of millions – and potentially billions – of people. This week, we take a look at what ESA is doing to benefit city dwellers. Join the conversation online by following the hashtag #SmartCities.