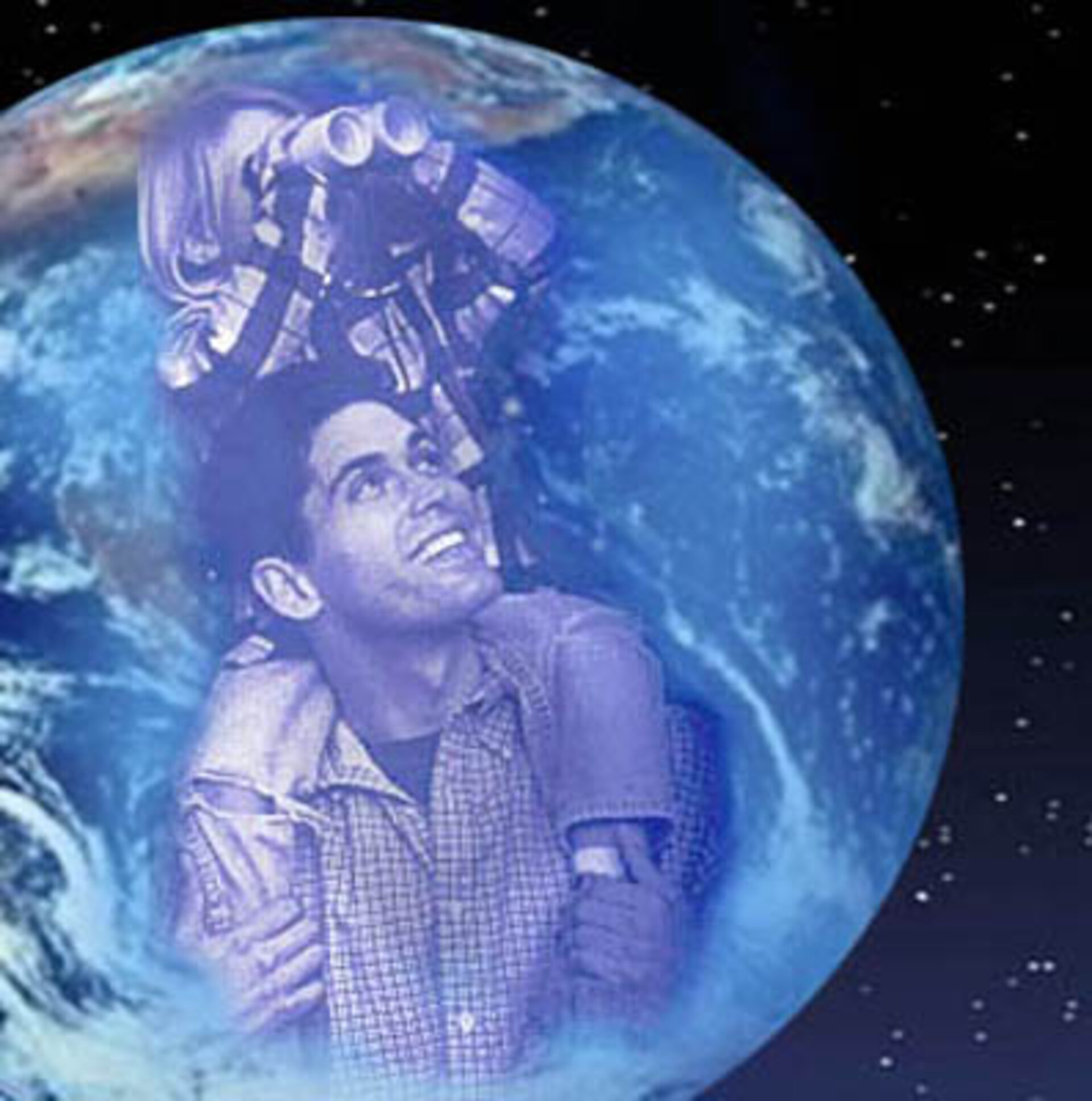 The International Space Station has now been orbiting the Earth over 15 times a day for nearly ten years, yet how many of us have actually seen it? The See the ISS website gives all the information needed to find the biggest and most powerful spacecraft ever built as it passes over our heads.

Spotting the ISS with the naked eye is not as difficult as it might seem - providing you know in which direction to look. Although the ISS travels at a speed of 7.7 km per second it is in one of the lowest orbits possible - an approximate 390 km above our heads - and thanks to its large solar wings it is one of the brightest ‘stars’ making it fairly easy to distinguish as it visibly moves across the night sky.

The ISS passes over most points on Earth every day but cannot always be seen. The best time for ISS-gazing is just before dawn or just after sunset, when the observer is in the dark but the ISS is in the sun.

To find out whether the ISS is visible from where you live visit www.esa.int/seeiss and fill in the name of your town. If it is visible the site will give you a star map showing where the ISS is, its path over the sky and the exact time when it can be seen.

We are not all astronomers - although being able to spot the ISS may wet our appetites for star gazing - so if you have difficulty with some of the terminology on the site click on the words in blue or check the definitions given below.

Altitude (astronomical) or elevation: Altitude used in its astronomical sense means the angle up from the horizon. So 0º altitude is exactly on your local horizon and 90º degrees at the zenith or straight up. If the object is below the horizon then the altitude is negative.

Azimuth: This tells you in which direction to look to find a celestial body and is expressed in degrees or points of the compass. It is an angle which increases from the north in a clockwise direction, therefore 0º corresponds to North, 90º is East, 180º is South and 270º is West.

Epoch (astronomical): The date on which the calculations were made.

Horizon (astronomical sense): The great circle dividing the visible part of the sky from the part hidden by the Earth.

Magnitude (Mag): A measure giving the brightness of celestial objects. This was classified in the 2nd century BC by the Greek astronomer Hipparchus of Nicea. He classified the stars into 6 magnitudes where 1 is the brightest and 6 is the faintest visible to the naked eye. Very bright bodies such as Sirius, Venus and the Sun have negative magnitudes

Orbit: The path that a satellite follows around a celestial body. The point furthest away from the Earth is called the apogee and the point nearest is called the perigee. The ISS has an elliptical orbit.

Zenith: The point vertically above an observer, 90º from the horizon.