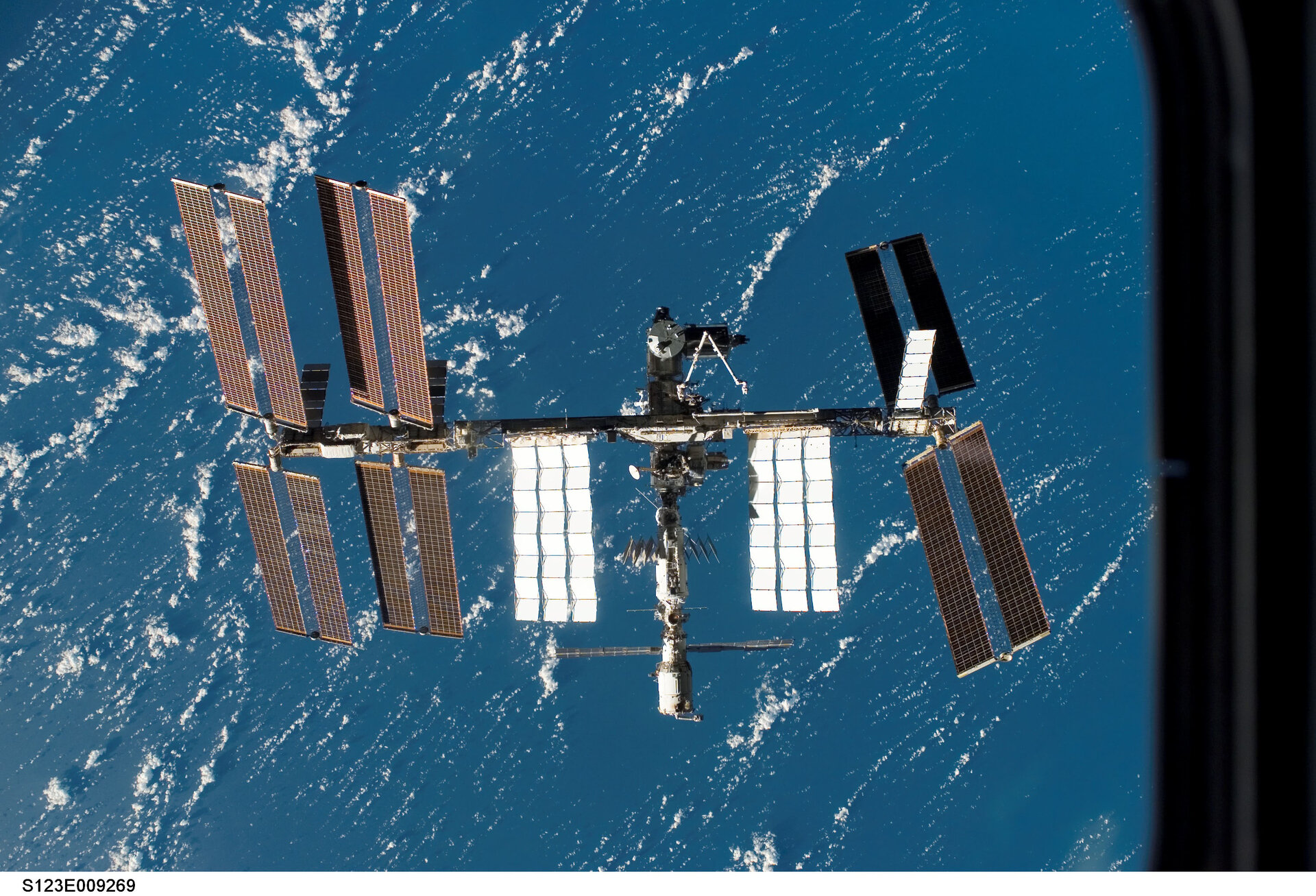 Spaceflight enthusiasts are in for a treat for the next few days as the International Space Station will be clearly visible in the night sky above Europe and North America from 21-23 May. Highlighted in almost constant sunshine, the ISS will pass over from two to four times per night during this period.

It is not very common to get such a clear view of the ISS across such a wide spectrum of countries and anyone who is interested in watching this spectacle can go to the ESA website ISS: Where is it now? in order to find out exactly when the ISS will be flying overhead in their specific region.

If you have a strong enough telescope, you might even be able to spot Europe's major contributions to the ISS, including the Columbus Laboratory, which was attached to the front, port-side of the ISS in February this year; the first Automated Transfer Vehicle (ATV), Jules Verne, one of the important ISS logistics spacecraft, which docked to the back of the ISS on 3 April, and the European-built Node 2, to which the Columbus Laboratory is attached. Node 2 was installed in October 2007.

The clear view of the ISS, acting as a beacon in the night sky across Europe, comes at a significant time for European human spaceflight, following Monday's announcement that ESA were again accepting applications for astronauts to join the European Astronaut Corps. This is the first time that applications have been open since 1992 and it is already proving popular with over a thousand applications accompanied by the relevant medical certificates.

So, who knows, one day one of the applicants might also find themselves highlighted across the whole of Europe as they undertake their astronaut duties on the ISS.