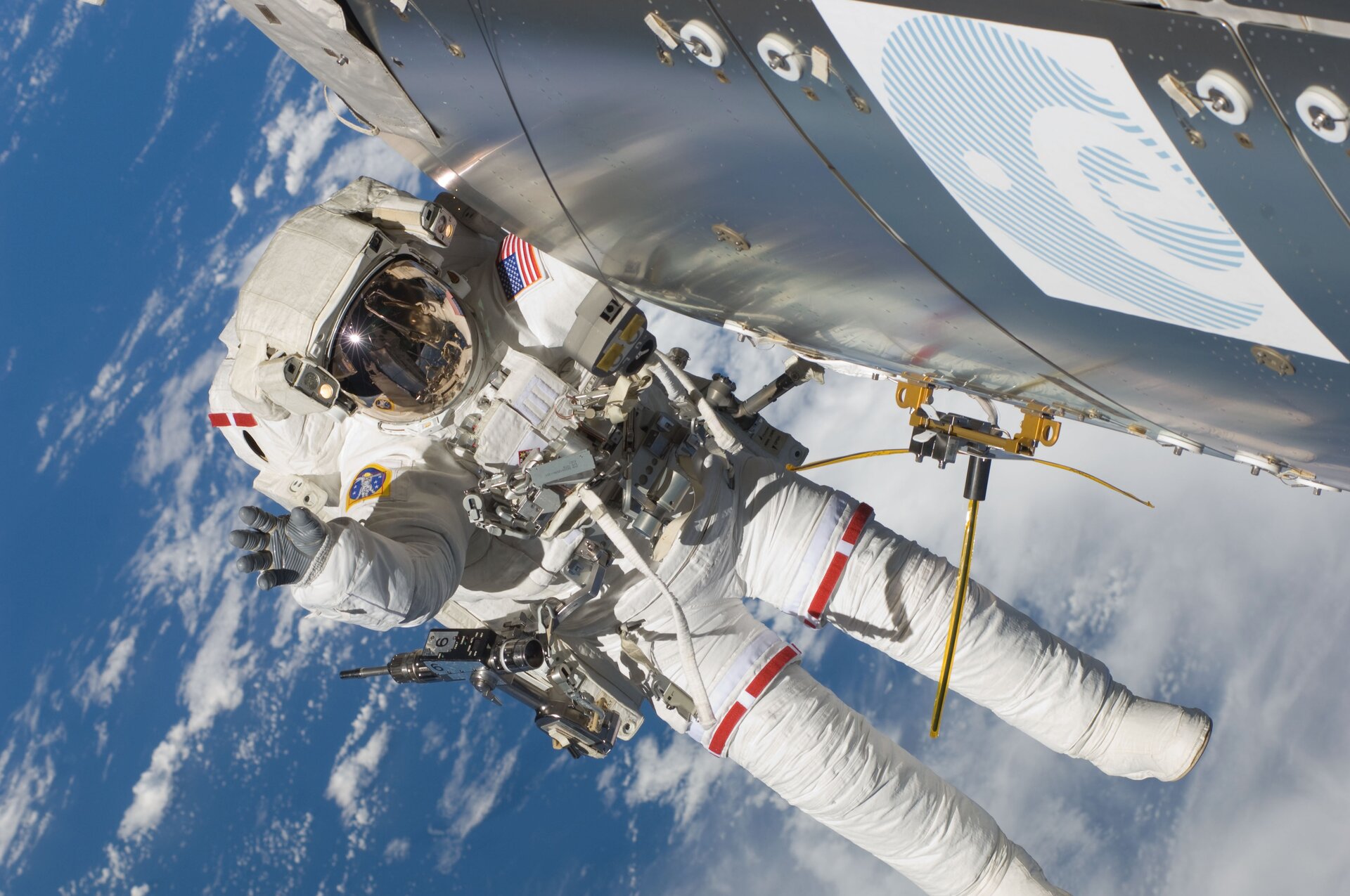 In this edition of our bi-weekly update on European research run on the International Space Station, we’re taking our cue from the Living Planet Symposium – the largest conference on Earth Observation taking place this week in Milan, Italy – and focusing on our own planet.

Marine traffic
Many of the experiments that run on the International Space Station do not require astronaut intervention after the initial setup and periodic check-ups. The Norais-2 receiver was installed outside Europe’s Columbus laboratory during a spacewalk in 2015 and has been monitoring roughly 33 000 ships every day since then.

Much like an air traffic control system for marine vehicles, the Automatic Identification System (AIS) transmits a ship’s location, heading and speed over radio and is required for passenger ships and all ships above a certain weight in international waters.

Although the system was designed to be received at harbours, satellites can also receive the radio signals but interpreting the data requires some calculation. The receiver on the International Space Station is used to test satellite-based ship identification systems and improve algorithms. Global coverage of shipping would have implications for fighting piracy, ensure aquatic nature reserves are respected and help develop faster and better shipping routes that could reduce fuel consumption.

Another active instrument on the Space Station is SAGE-III, the latest in a line of NASA satellites that monitor ozone. The Station takes only 90 minutes to circle our planet, experiencing 16 sunrises, 16 sunsets, and sometimes moonrises or moonsets, every day. This affords the Stratospheric Aerosol and Gas Experiment – SAGE – a continuous view of the Sun or Moon through the atmosphere to measure the quantity of ozone, aerosols and other gases.

The device that keeps SAGE continuously pointing in the right direction was developed by ESA for NASA. Dozens of times each day, the six-legged ‘Hexapod’ tracks the Sun and Moon in the few seconds of their setting and rising. The readings are complementing long-term monitoring by Europe’s Copernicus Sentinel missions: Sentinel-5P is the first in a series focusing on the atmosphere.

Atmosphere and space
Another instrument looking down from the Space Station is the Atmosphere–Space Interactions Monitor that is observing phenomena above thunderstorms. After a year in orbit the data is being analysed by scientists with results in preparation. More to follow later this week.

Two days after its launch the SpaceX Dragon cargo spacecraft arrived at its docking port on the Earth-facing side of the International Space Station’s Harmony module at 15:32 GMT on May 6. Two of the European experiments in its cargo-hold, Photobioreactor and Nano Antioxidants,  were installed the next day and are running smoothly. The Mission Zero educational project featuring credit-card sized computers called AstroPi’s also finished running student codes and the results have been downloaded for schools around Europe.

The Compacted Granular experiment also completed a campaign inside the Fluid Science Laboratory located in Columbus. The experiment focuses on the behaviour of granules without the disturbing influence of gravity. Its findings could be used to improve the industrial processing of bulk solids on Earth, such as coal dust, flour and grain.

The four ICE Cubes currently running inside Columbus are also active, investigating commercial computer boards’ resistance to space radiation, exobiology hardware and cybersecurity in space. In a creative twist on the theme of ‘Taking the pulse of our planet’, the fourth Cube is an inspiring art installation that is literally doing that, linking people’s heart rates with the International Space Station.