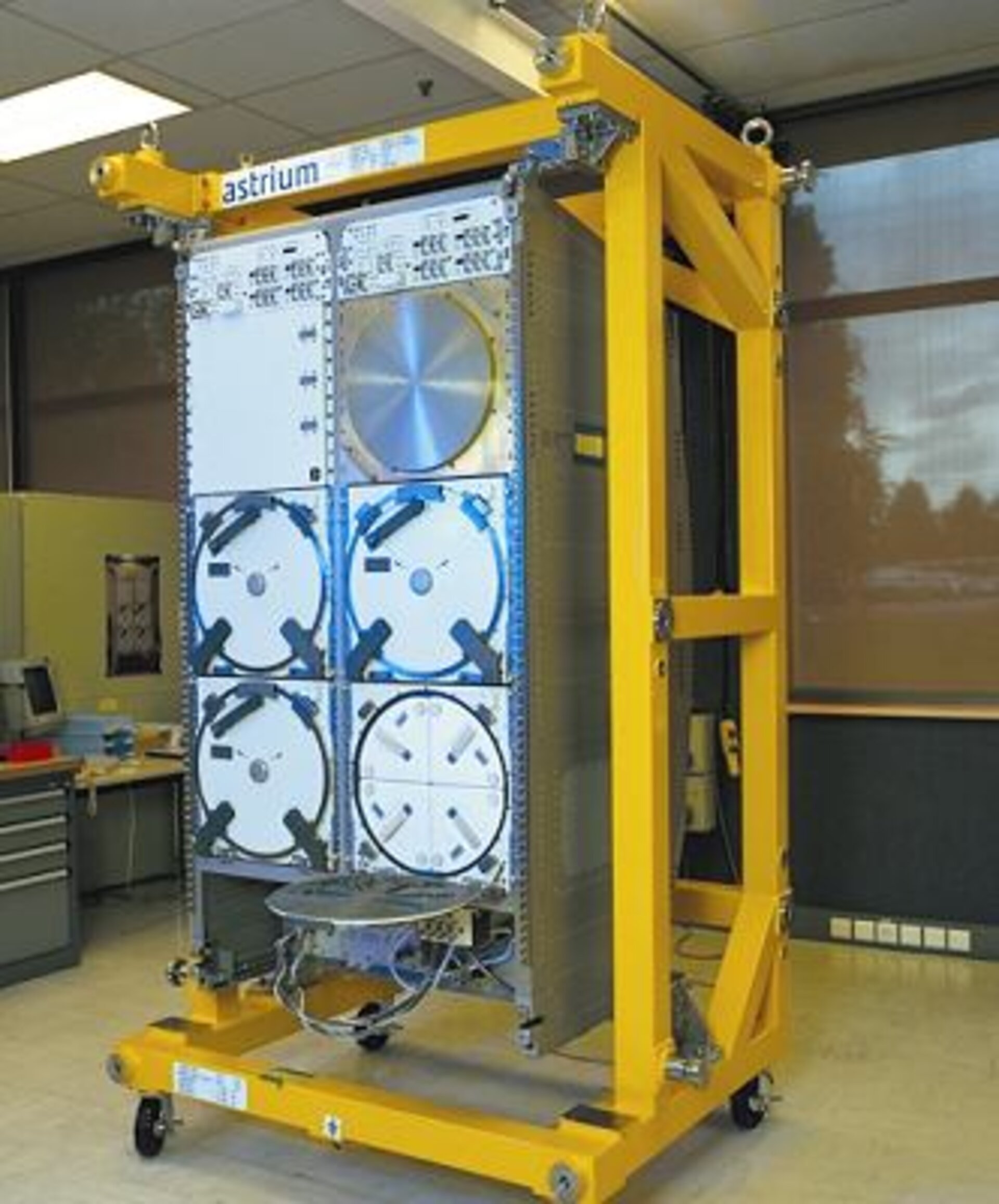 The First Flight Model (FM1) of the ‘Minus Eighty degrees Laboratory Freezer for the ISS’ (MELFI) has completed its assembly and tests sequence in Toulouse, at the premises of the Prime Contractor, Astrium SAS. MELFI will provide up to 80 kg cooling and storage capability of experiment samples on-board the International Space Station.

The launch of this first flight unit is planned January 2003, on the STS-114 shuttle flight to the International Space Station (ULF1 mission).

The Pre-Acceptance Review of the FM1 took place during the week of March 11 in the presence of NASA. ESA have authorised the shipment to the Kennedy Space Center for the remaining part of the verifications and check-out tests. These tests will be supported by the ESA/Astrium team in Florida. They include the final interface checks with the shuttle Multi-Purpose Logistic Module (MPLM) and the ISS interface simulators. Thermal performances, including various combinations of dewar temperatures (+4°C, - 26°C, - 80°C) will be re-verified in the Payload Rack Check-Out Unit (PRCU) environment of NASA-KSC as well.

Before turning over the Payload to NASA in September this year, the equipment featuring the main heat exchangers of the payload will be replaced at KSC by Astrium, with the next flight unit reflecting the last design upgrades deemed necessary to solve some manufacturing-related issues. The On-Orbit Commissioning of MELFI will take place early next year and will make use of an ESA developed experiment, which will monitor the thermal behaviour of one of the dewars.