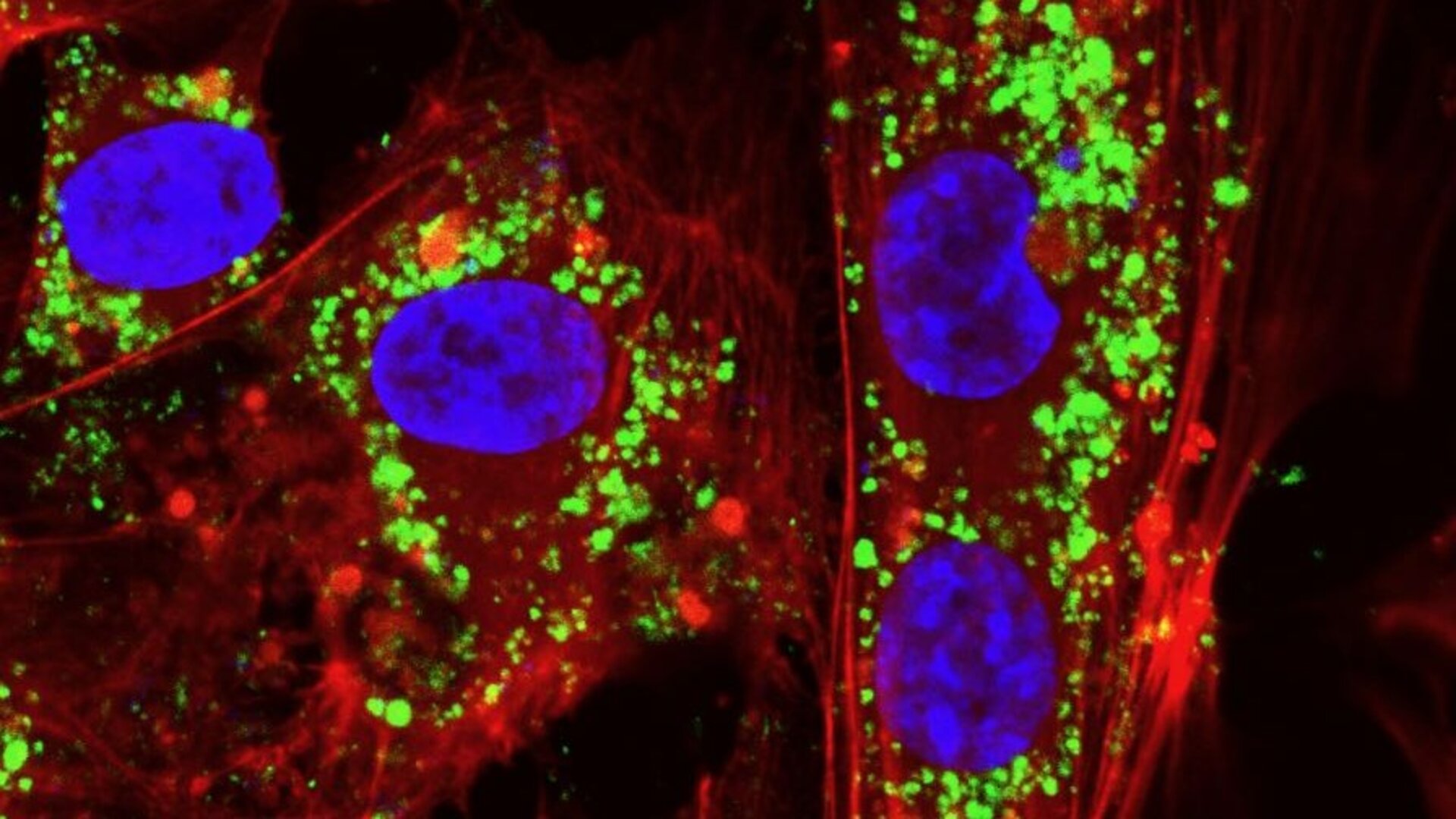 Wrinkles, muscle pain, high blood pressure and a clumsy brain are all natural consequences of getting old. As our cells rust over time, a key to fighting chronic disease may be in tiny, smartly designed particles that have the potential to become an anti-ageing supplement. A European experiment seeking innovative antioxidants is on its way to space.

SpaceX’s Dragon spacecraft lifted off today from Cape Canaveral, in the United States, destined for the International Space Station. Among its cargo are living cells and ceramic particles that will coexist for six days in an incubator.

The high-flying ceramic particles, called nanoceria, mimic the biological behaviour of enzymes from living organisms. “These nanomaterials chemically designed in our lab are very promising for their antioxidant activity. The particles can protect organisms from the damage caused by oxidative stress,” explains lead scientist Gianni Ciofani from the Italian Institute of Technology.

“Nanotechnology has been explored in medicine on Earth, but its application in space is still in its infancy,” says Gianni.

Nanoceria taken up by the cells could act as an antioxidant agent, without the need for repeated administration, either with pills or injections. The effects could last longer than any supplement from the pharmacy – up to several weeks.

In a previous experiment flown to the Space Station in 2017 the particles remained stable and provided protection to the muscle cells. Other research has tested nanoparticles to extend the life span of flies or human neurons in vitro.

“The particles could regenerate themselves for days in a row,” adds Gianni.

This time nanoceria will spend six days inside a mini lab, doubling the length of their exposure to microgravity and cosmic radiation.

Housed in ESA’s Columbus module, the Kubik incubator comprises a compact centrifuge that simulates gravity. Half of the samples will be kept at close to zero gravity, while the rest are exposed to the same gravity as Earth. After the ride, the particles will be stored at –80°C.

Researchers will compare the in-space results with a culture running in parallel on Earth to understand whether the results they observe might be related to weightlessness or another environmental factor, such as space radiation.

There is huge demand for antioxidants in space. Space provides an opportunity to both reproduce the effects of ageing and study the huge oxidative impact on the human body.

Findings of this research could aid the development of new supplements to support astronauts during long stays in space and future missions to the Moon.

The antioxidant properties of these nanoparticles could also benefit the elderly and people with muscle atrophy disorders on Earth.

They may even improve skin treatments for glowing, youthful complexions.