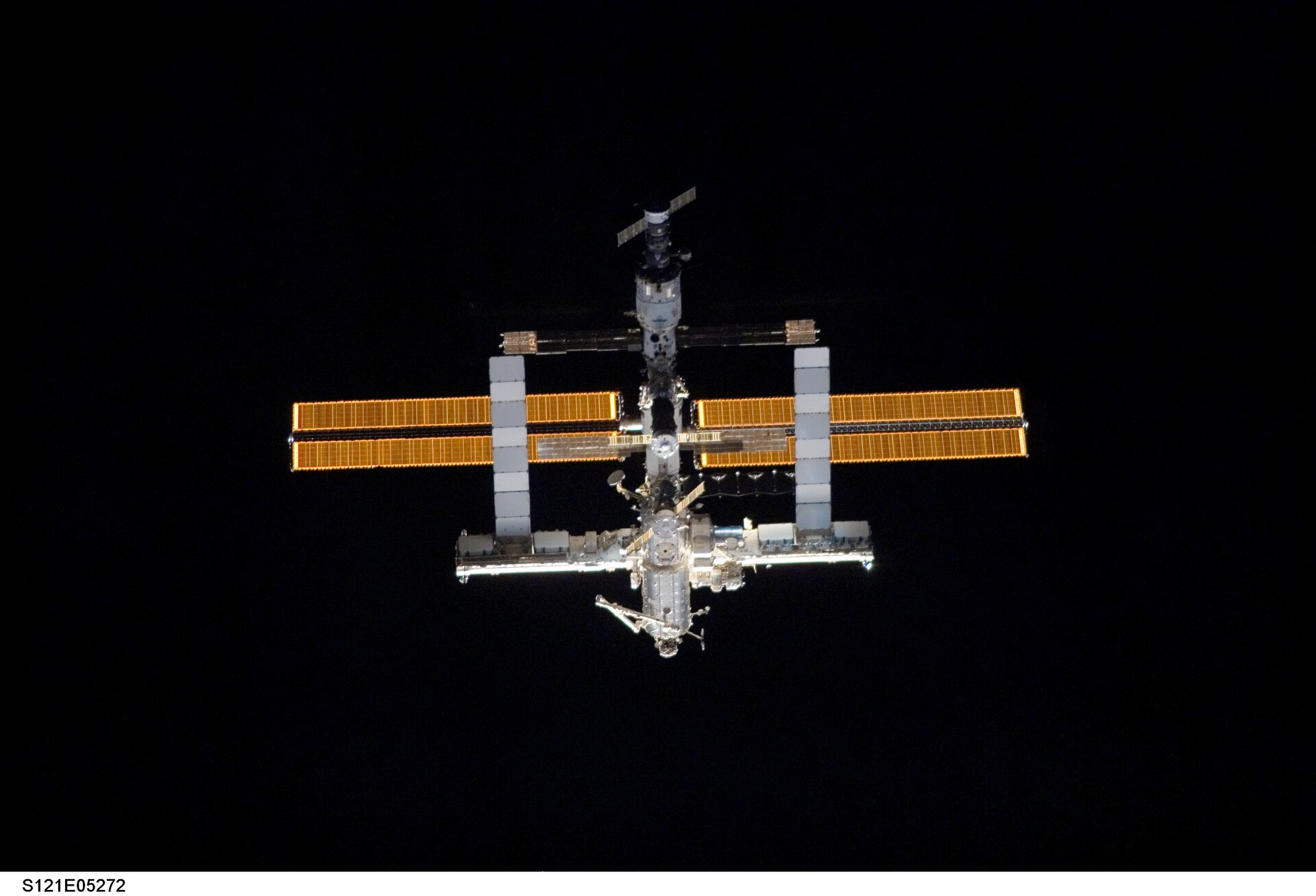 This image of the International Space Station (ISS) against the darkness of space was captured by the crew of Space Shuttle Discovery as they approached for docking last week. Although you can't see quite the same detail down here on Earth, many of you were successful in capturing your own image of the Space Station as it passed overhead in the night sky.

For several days in mid-June conditions were ideal over Europe to spot the International Space Station as it passed overhead - sometimes upto four times a night. Thanks to the large solar panels the Station is one of the most visible objects in the night sky.

A number of amateur astronomers and Space Station enthusiasts regularly take photos as ISS rises above the horizon in westerly direction and sets towards the East. In response to a recent article on this website, you sent us some of your ISS images. A selection of your photos is presented below.

Steven Penfold from Hampshire, England, captured this colourful timelapse photograph (right) of the International Space Station passing Jupiter on the night of 16 June 2006.

The photo below, which was captured from Spain, has been edited to identify the star constellations - this can help orientation in the night sky.

Even from Earth it is possible to see some details of the Station, such as the solar panels and even the Station's robotic arm, but you will need some more powerful equipment.

John Locker from England sent us this video (left) which was captured using a webcam together with an 8 inch telescope.

Alberto Zampieron from Gattinara, near Vercelli, in Italy, sent us his ISS image (right) which he took using using a Newton 114/900 telescope and a webcam.

Paco Bellido admitted that he hadn't found it easy to photograph the Station as it passed over his hometown of Cordoba, in Spain - "I never thought that imaging the ISS with a telescope could be so difficult! The main difficulty is the manual tracking," he said.

This image (right) was taken by Enrique Luque Cervigón, from the city of Alcalá de Henares in Spain. The ISS is the white line at the top of the image, whereas the one at the bottom is a contrail from an airplane.

The orbit of the Station is currently such that the visibility over Europe is poor. This is set to improve in a couple of weeks time - to find out when the International Space Station is next visible from where you live, or from your holiday destination, visit http://www.esa.int/seeiss.