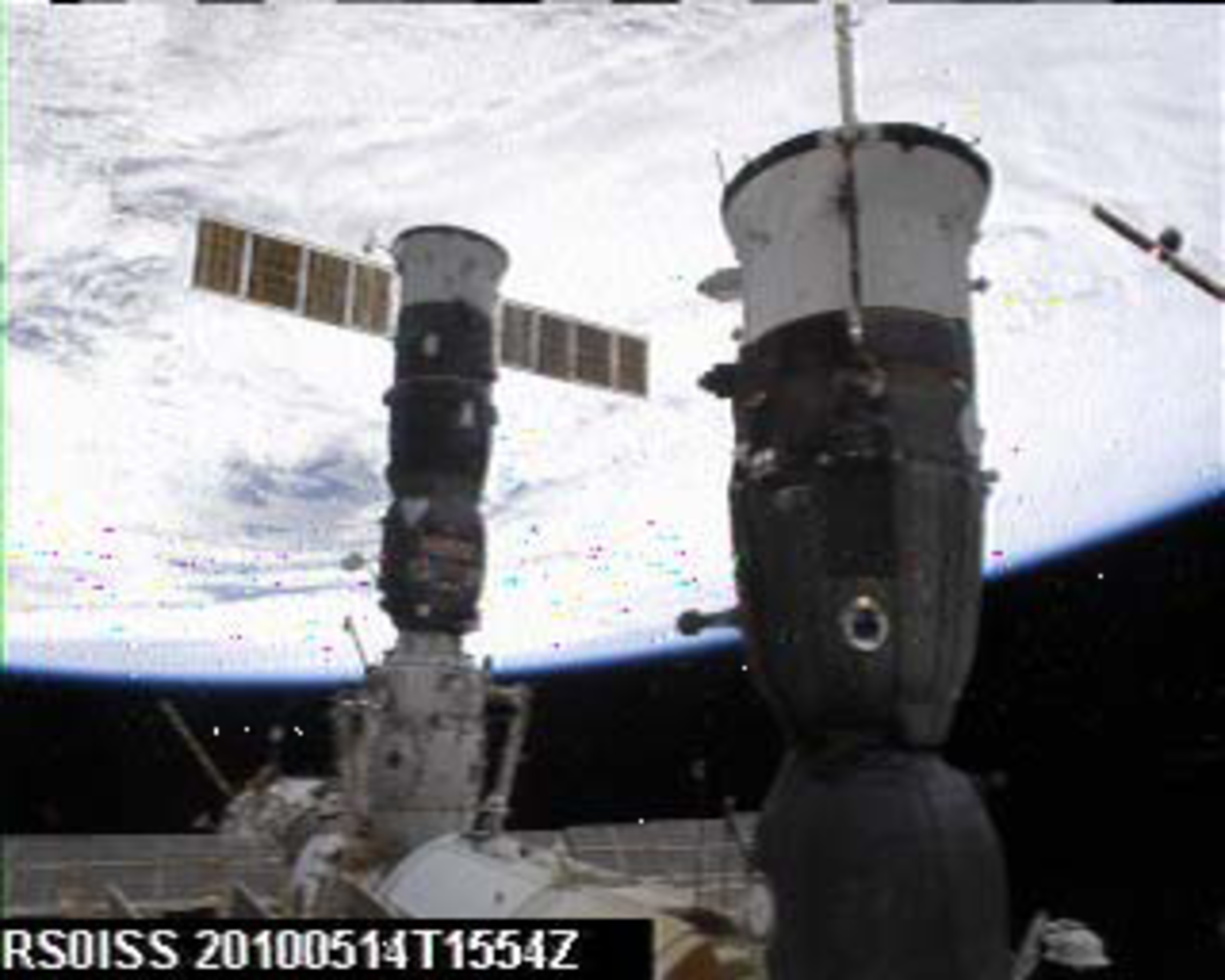 Educating future generations of scientists, technologists, engineers and mathematicians is a global effort—one that includes the contributions of the Russian Federal Space Agency, or Roscosmos. One of the main objectives of activities aboard the International Space Station is the implementation of educational and outreach projects that contribute to attracting young people to study science.

These projects also help create modern high-technology equipment and increase support in society for space programs in general and the space station program in particular. Currently on board the Russian segment of the station are four space investigations that have educational components. Coulomb Crystal, Shadow-Mayak, MAI-75 and Great Start continue to demonstrate great benefits in capturing the imagination of students across the Russian region.

Coulomb Crystal is an investigation aimed at studying the dynamics of solid dispersed environments in an inhomogeneous magnetic field in microgravity. Pilot studies onboard the station explore the structural properties of Coulomb clusters—liquid crystal phase transitions, wave processes and the physical and mechanical characteristics of its heating mechanism, to name a few. Students at all levels of schooling, including secondary school and college, have had the opportunity to prepare and conduct the experiment on the ground.

Shadow-Mayak is a VHF radio beacon that allows amateur radio enthusiasts to communicate with crew on board the station. The presence of this equipment on board the Russian segment of the station serves as a learning tool for students in the area of space communications. They study the conditions of the admission-transfer of the radio beacon using the world amateur radio network. They also study the characteristics and spatial distribution of the intensity of the radio broadcast and rebroadcast from the onboard transceiver transmitter.

Along the lines of Shadow-Mayak, MAI-75 also is part of the suite of communication equipment that is housed on board the Russian segment of the station. It allows for a system of quick video downlinks from space in near-real time. This network distribution affords students and amateur radio operators from all over Russia the opportunity to learn first hand from space explorers what it is like to live and work in space. The use of images of Earth from space also is effective in the learning process and serves to inspire and motivate.

Great Start is an investigation aimed at popularizing the achievements of cosmonautics in Russia and in the world. Developed with the preparation of a special questionnaire, this experiment allows the general public an opportunity to express its attitude to the great event in human history—the first human flight in space—as well as to get acquainted with the results of scientific investigations being conducted on board the station. Great Start promotes and enhances international cooperation on the station for further integration of Russia into the world of cultural, educational and scientific relations. As a result, there will be scientific and educational workshops held to popularize the achievements of Russian human spaceflight with the involvement of the general population—including students and specialists in various areas of possible utilization of the results of space missions.

There are several more experiments planned within the framework of the educational program: ecology-education, which include student experiments that demonstrate the conduct of airborne microscopic particle suspensions in microgravity; chemistry-education, which include student experiments that capture microgravity structural elements in the specified form on the basis of polymer composite materials and diffusion; and diffusion, which is an educational demonstration of the process of diffusion in liquid environments in weightlessness. These educational projects involve hundreds, if not thousands, of students from all regions of Russia. Like all of our space station global, regional and national education programs, these serve to inspire and motivate generations to study and consider careers in science, technology, engineering and mathematics.