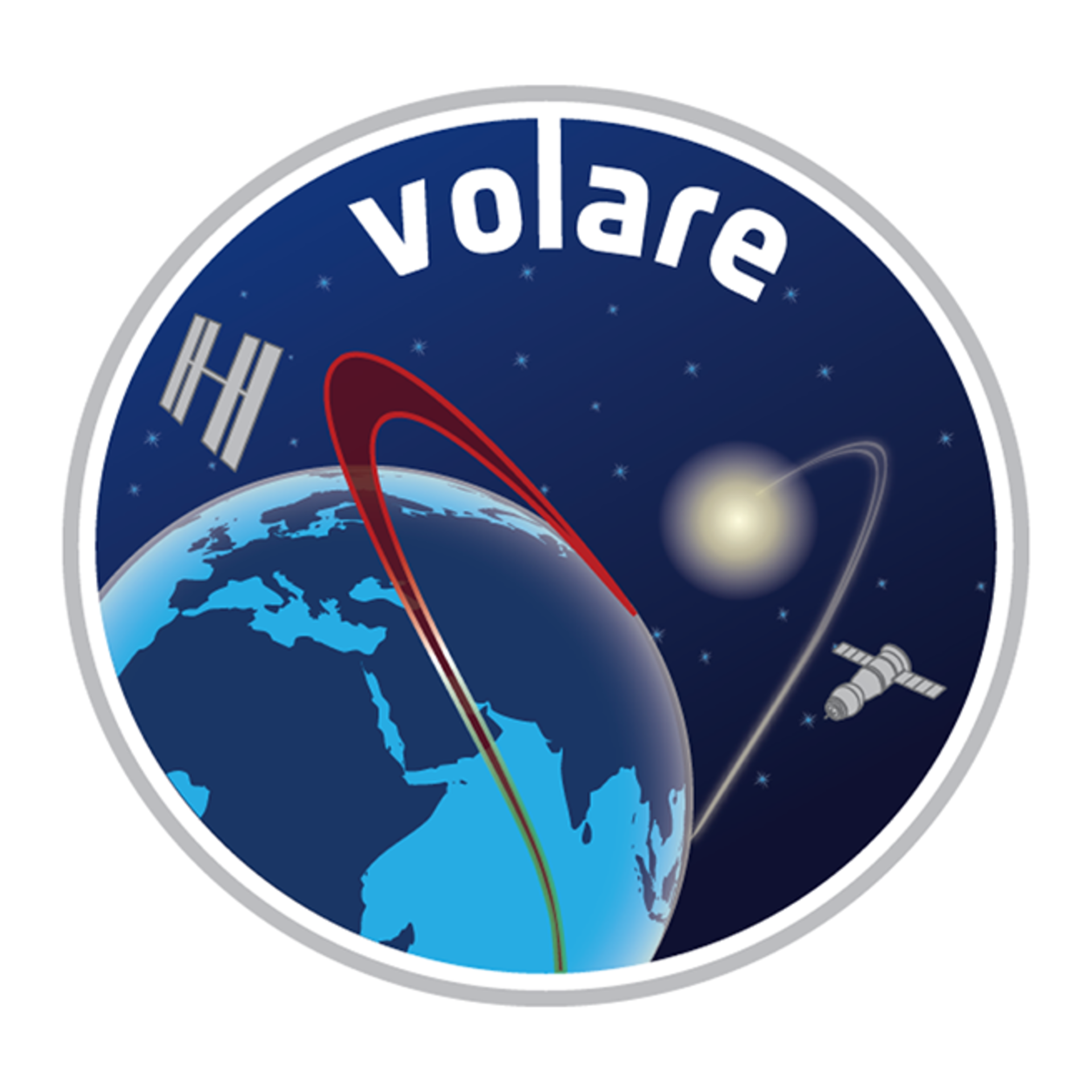 ESA astronaut Luca Parmitano is set to fly to the International Space Station in 2013, and his mission came a step a closer with the unveiling of his mission name and mission patch today.

Luca will spend six months on the International Space Station on Expedition 36/37 under an agreement with Italy’s ASI space agency and NASA.

A competition was opened for Italian residents to suggest a mission name and logo. Luca took time out from his busy training schedule in the run-up to his mission to present the winning entries.

32 year-old Norberto Cioffi sent in the winning mission name ‘Volare’, meaning ‘to fly’ in Italian. The name symbolises the search for new frontiers and opportunities for discovery.

The winning logo was designed by 28-year-old Ilaria Sardella from San Giorgio Ionico in Southern Italy.

The logo was chosen because it contains many elements of Luca’s mission: the Soyuz spacecraft that will fly him to the orbital outpost, the Station itself and the colours of the Italian flag.

The orbits represent humans’ desire to travel beyond Earth and the Sun as well as our curiosity for knowledge. Both winners of the competition will travel to Star City to follow Luca’s training at the Gagarin Cosmonaut Training Centre near Moscow, Russia.

The winners were announced at an event in Rome with Luca and the president of ASI.

Luca joined ESA’s astronaut corps in 2009. Follow the astronaut’s blog for regular updates on his training as well as updates from other ESA astronauts.