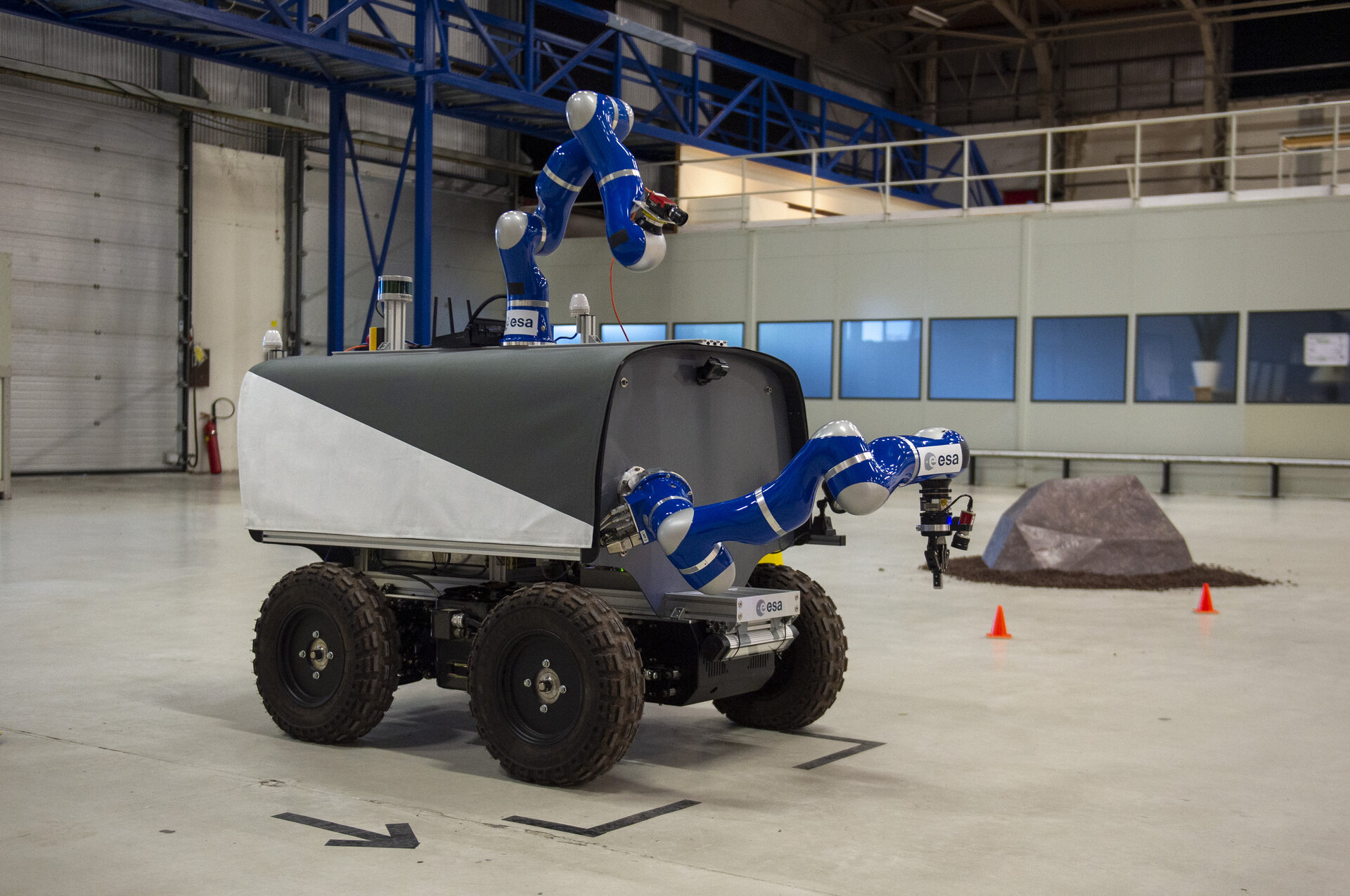 ESA astronaut Luca Parmitano took command of a rover in the Netherlands on Monday and expertly drove it over an obstacle course to collect a rock from a sampling site– all while circling our planet at 28 800 km/h on the International Space Station. 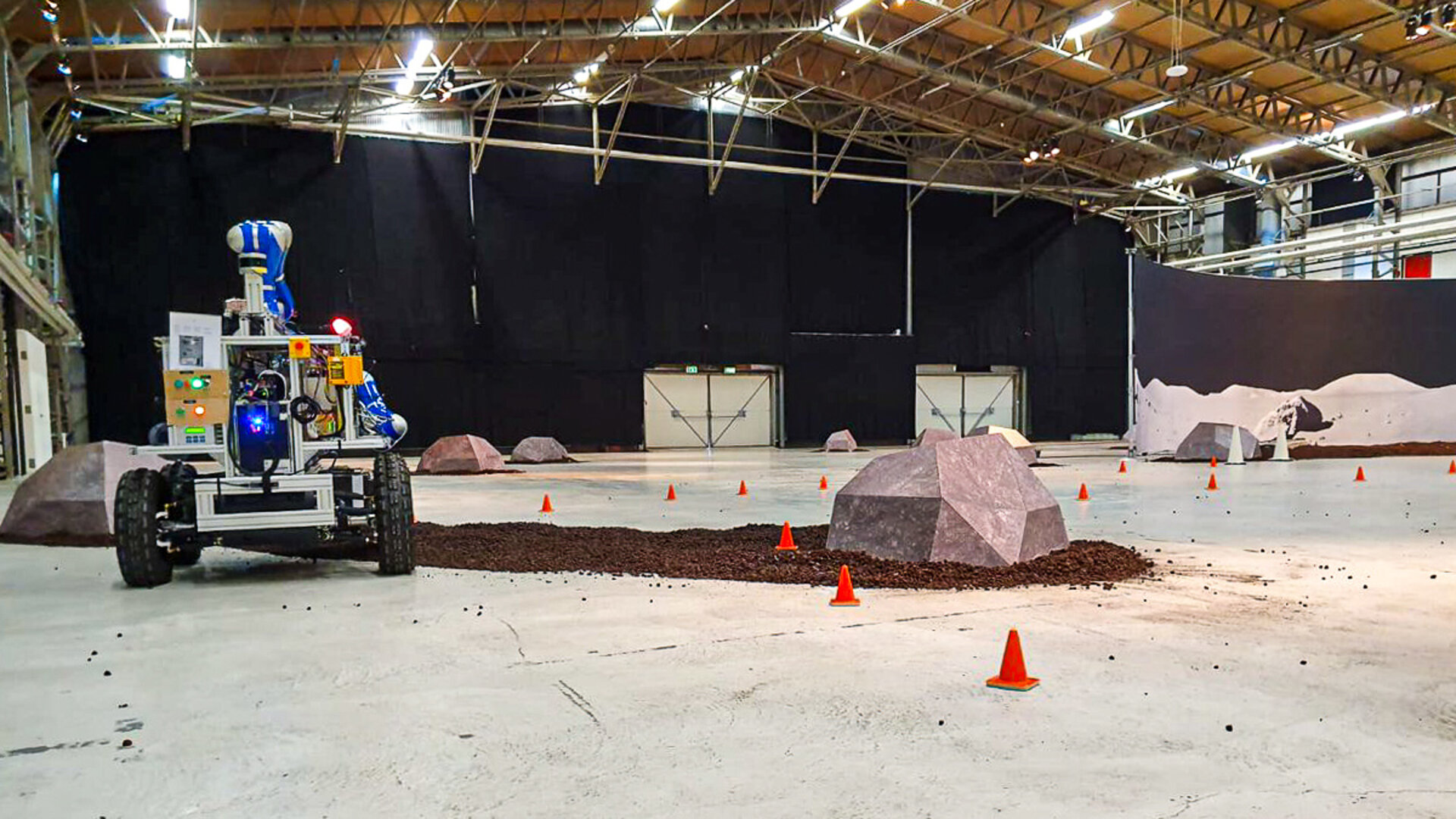 Operating a rover from space – Analog-1
Access the video

“We are developing systems for astronauts to work hand-in-hand with robots, to achieve much more than they could on their own” says ESA’s project manager Kjetil Wormnes, “a rover on Mars would have taken weeks to do the same work Luca and the Analog-1 rover did in half an hour.”

“Even on the Moon preparing an astronaut for a sortie takes hours just to get into a suit and prepare the airlock,” adds Jessica Grenouilleau, Meteron project lead at ESA’s Exploration Systems Group “by giving astronauts the possibility to control the robots nearby in the safety and comfort of their base or orbital spacecraft, much more can be achieved. This first test indicates an excellent adaptation between the crew and the robotic system,  making this combination better at a wide range of tasks.”

Coming Monday will see all elements of the overarching Meteron project be put to the test. Luca will drive the robot to three sites in the hangar in the Netherlands and decide in collaboration with a science team based at the European Astronaut Centre in Cologne, Germany, which rocks to pick up and keep for later analysis.

The experiment is scheduled to start at around 11:00 CET (10:00 GMT). Follow @esaspaceflight on Twitter for live updates.