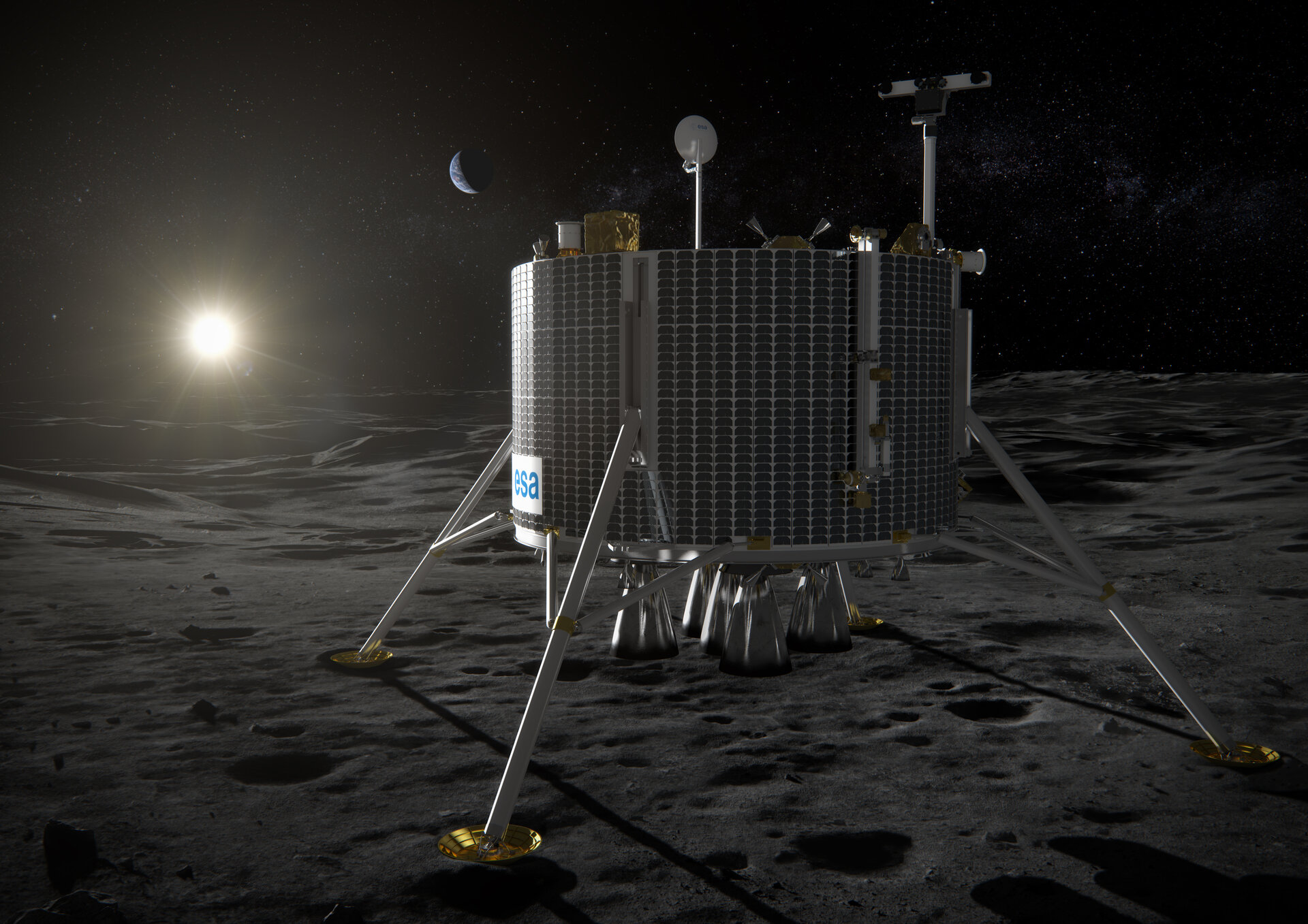 After more than 30 years, the Moon is once again in the spotlight of space agencies worldwide, as a destination for both robotic missions and human explorers. Europe’s ambitions for lunar exploration begin with a lander on the Moon in 2018.

Lunar Lander is a robotic explorer that will demonstrate key European technologies and conduct science experiments. The mission is a forerunner to future human and robotic exploration of the Moon and Mars. It will establish European expertise to allow strong international partnerships in exploration.

Lunar Lander’s primary goal is to demonstrate the advanced technologies needed to land precisely and safely. The spacecraft will find its landing site without human intervention, recognising and avoiding hazards such as craters and boulders autonomously.

On the Moon, it will prove European technologies for surviving and working while exploring the environment around the landing site.

Before operating more ambitious equipment and conducting human activities on the Moon, many questions need to be answered. How hazardous is lunar dust to equipment and astronauts? Does the Moon offer resources that could be used by future missions?

Lunar Lander will touch down near to the Moon’s south pole, an interesting location for future exploration missions, where no craft has landed before. The technologies developed to reach this site, together with a deeper understanding of this challenging environment, will equip Europe’s scientists and engineers for future cooperation on even more ambitious exploration missions.