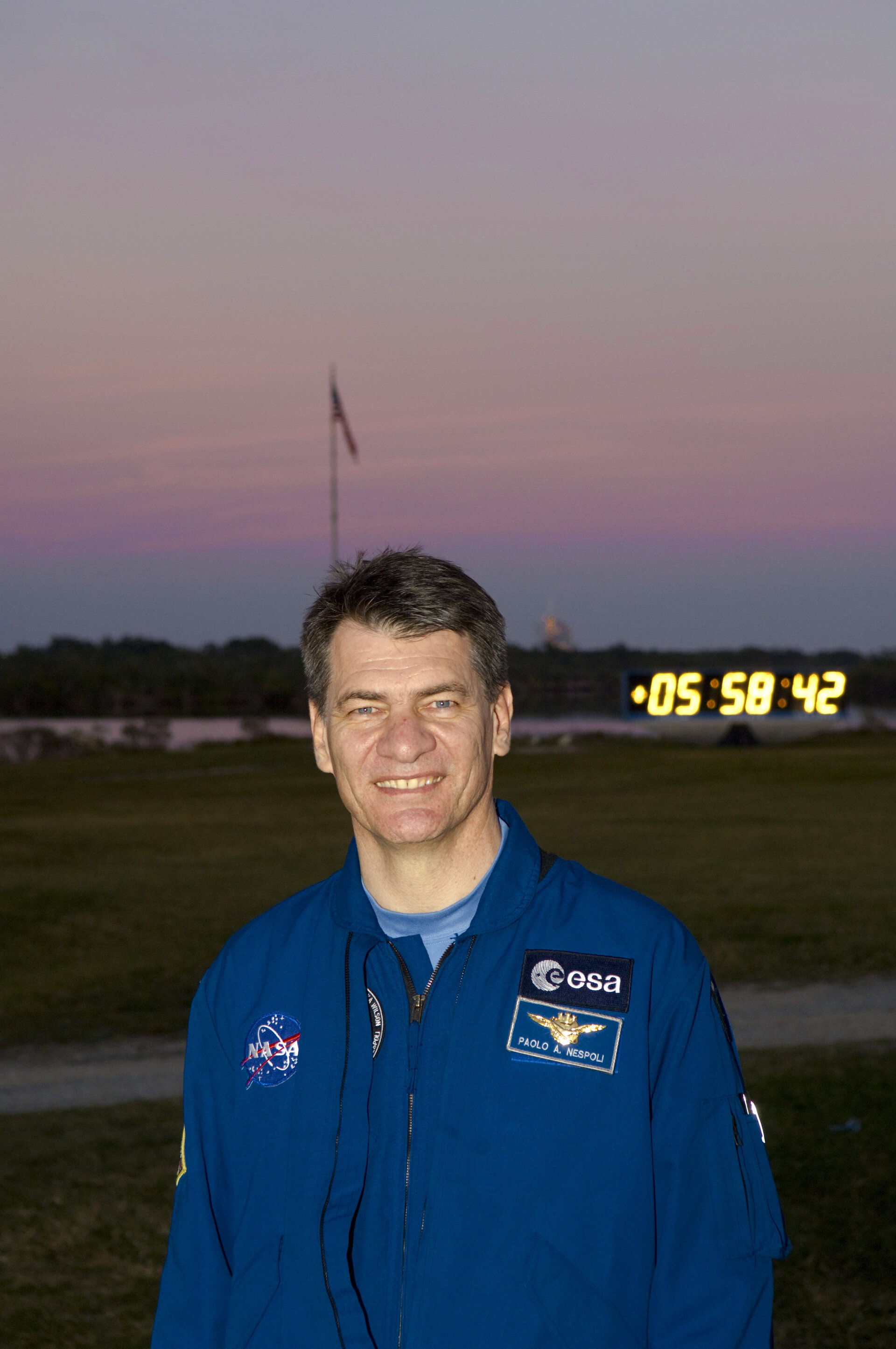 ESA’s Italian astronaut Paolo Nespoli will soon visit the International Space Station, and he needs your help to name his mission.

Paolo Nespoli is now in intensive training for his challenging 6-month mission that will start next December. He will be launched in a Soyuz TMA spacecraft from Baikonur Cosmodrome in Kazakhstan on 12 December with Dmitri Kondratyev and Catherine Coleman. After docking two days later, they will stay on the International Space Station (ISS) as members of Expeditions 26/27.

This will be Paolo’s second time aboard the ISS: he flew in 2007 on a Space Shuttle to deliver and install the Node-2 module.

This will be the third six-month mission by a European astronaut on the Station. Between December 2010 and June 2011 he will be part of the ISS crew as a flight engineer.

In addition to his technical and operational duties, he has an extensive programme of scientific experiments and educational activities. He will use a novel 3D camera to show realistic views from inside and outside the ISS.

The ISS has many more years of use ahead – at least until 2020 – and the European astronaut missions contribute significantly to the scientific exploitation of Europe’s Columbus laboratory. Paolo’s mission is currently known as ‘E3’, Europe’s third long-duration mission on the ISS.

Paolo’s previous mission was called Esperia from the Ancient Greek name for the Italian peninsula. Following the enthusiastic response to earlier competitions, ESA is again inviting European citizens to suggest names for his new mission.

The competition is open to all citizens and residents of ESA’s Member States. The winning name will become the official name of Nespoli’s mission and the winner will receive a frame with the mission logo signed by European astronauts.

The name should reflect the following aspects: