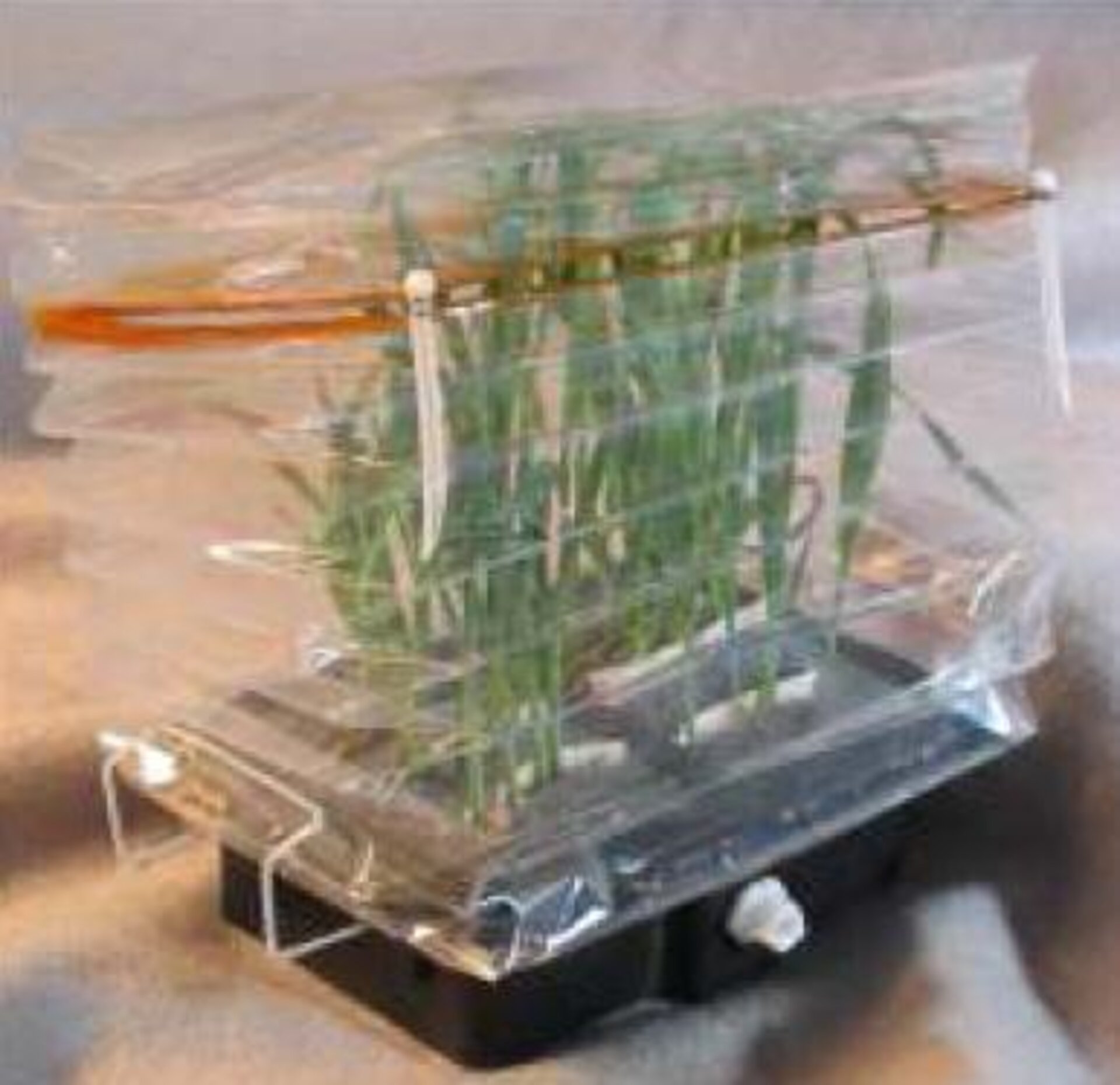 It’s a small greenhouse for space voyagers – and for you. Paolo Nespoli has a special greenhouse with him at the International Space Station and he’s inviting young science enthusiasts to conduct an experiment with him. Instructions are now online!

Growing plants in space will be crucial for the astronauts of the future. When flying to Mars or even further, it will be necessary to produce fresh food onboard and become partially self-sufficient. Setting up greenhouses on the Moon, Mars or other planetary bodies will also be an important part of future exploration missions.

Greenhouses also provide oxygen and bring some life to the bleakness of space. Caring for plants is a good way to maintain memories of Earth and an enjoyable way to pass time during the long and possibly boring interplanetary cruise.

Plants aboard the ISS

There is no danger of boredom during Paolo’s MagISStra mission, as it will be packed with activity and science. The ‘Greenhouse in space’ project, proposed and conceived by ESA’s Directorate of Human Spaceflight, is not only a scientific experiment but also an educational opportunity for schoolchildren aged between 12 and 14.

Paolo will use a specially-developed greenhouse in space to grow plants and make observations of the life cycle of a flowering plant. The schoolchildren will be able to follow this with their own experiment on the ground, using a similar greenhouse and the same species of plant.

The experiment starts with watering of some thale cress (Arabidopsis thaliana) set up in the International Space Station’s Columbus laboratory. The children will start their own ground experiments at the same time.

Paolo will take still images of the growth cycle and video recordings of key steps in the germination of the plants and post them on the MagISStra website. The participating children will be able to compare the space experiment with their ground experiment.

The young scientists on the ground and Paolo in orbit will follow the growth cycle of their flowering plants for about 10 weeks. The children will be encouraged to exchange their observations with each other over this period, creating a Europe-wide network that enables one experiment to link young scientists together in a special way.

Order your own greenhouse!

Schools who wish to participate in this experiment can order their mini greenhouse ground kits from the ESA's Human Spaceflight education website, where there are limited numbers available.

The instructions can be downloaded now from the list on the right.

The children will be invited to send their end results and observations to the ESA Human Space Flight education team, who will create a final lesson online for download by other schools and teachers.

The experiment will be launched on 17 February 2011 with a live event linking together nearly 750 children in four locations in Europe: the European Astronaut Centre in Cologne, Germany; ESRIN in Frascati, Italy; Cité de l’Espace in Toulouse, France; and Ciência Viva – Agência Nacional para a Cultura Científica e Tecnológica in Lisbon, Portugal.

Paolo will of course particpate in the event from the Space station which will have its own minature greenhouse.

Greenhouse in Space has also a page on Facebook: