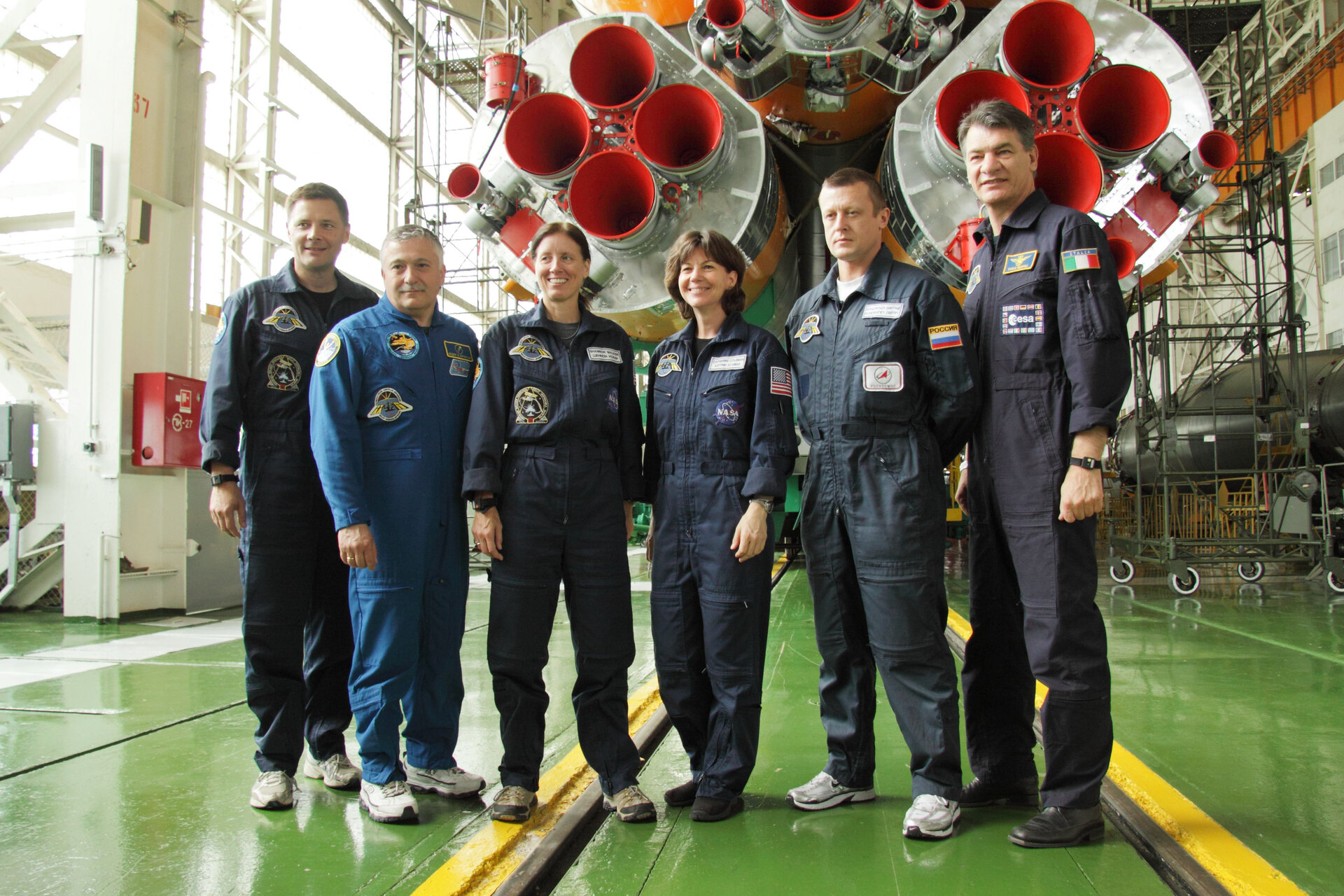 When ESA’s Italian astronaut Paolo Nespoli shares a ride to space with Russia’s Dmitri Kondratyev and NASA’s Catherine Coleman in December aboard a Soyuz TMA spacecraft, he will be looking forward to six months full of experiments and hard work.

During his MagISStra mission, Paolo will live and work on the International Space Station (ISS) with Kondratyev and Coleman as members of Expeditions 26 and 27.

During their stay, they will welcome the last planned Space Shuttle mission and unmanned cargo ferries from Europe and Japan, before returning to Earth in May 2011.

The Latin-flavoured name combines the word magistra, the female teacher, with the acronym of the International Space Station, continuing ESA’s tradition of having ISS within the mission name.

MagISStra also echoes the humanistic value of the mission, because it reflects the special link with education. It is one of the three dimensions of the flight, together with science and technology.

The mission logo features a human being, who can be seen as the Paolo himself, projected from the ISS. The value of the mission to Earth is symbolised by three icons between the arms: the plant denoting scientific research, the gears for technology, and the book as knowledge.

The six stars represent the six crewmembers living on the Station during the mission and the six months that Paolo will stay in space, as well as the idea of Europe.

Scientific research will be one of his main activities during MagISStra. More than 30 experiments await him, covering human research, fluid physics, radiation, biology and technology demonstrations.

Paolo will also perform several experiments for the US, Japanese and Canadian space agencies.

As part of his educational programme, children can follow the international ‘Mission X: Train Like an Astronaut’ initiative built around health, well-being and nutrition, as well as a special greenhouse project in space.

Paolo will also film with ESA’s novel 3D camera to show the Space Station in a new way.

The site, opened today, offers the latest information, videos and photos from the mission and occasional posts from Paolo himself. It is your shortcut to the ISS for months to come!