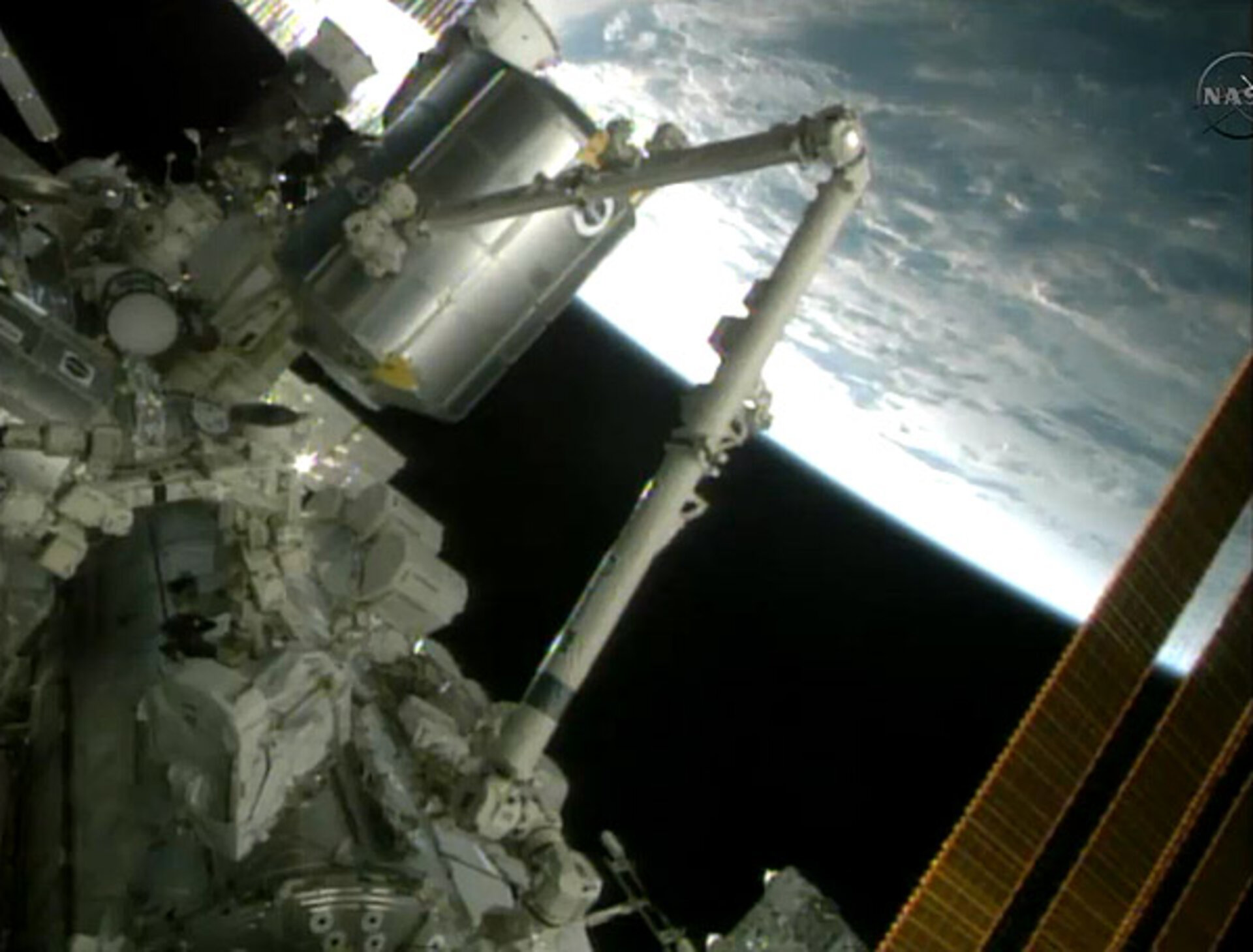 After a flawless launch last Thursday and a textbook docking on Saturday, the Space Shuttle today delivered the European-built Leonardo Permanent Multipurpose Module to the International Space Station.

This final flight of Discovery marks the eighth and final trip of Leonardo to the orbiting complex. This visit will be longer: the module will be left attached to the Station as a permanent extension. Originally built to ferry cargo to and from the Station in the Shuttle cargo bay, Leonardo’s modifications include improved debris shielding and easier access by the crew to its internal equipment.

Leonardo flew into space for the first time in 2001, also on Discovery, as the first of three Multipurpose Logistics Modules built by the Italian space agency, ASI, under an agreement with NASA.

Its final cargo for the Station includes an experiment rack and a range of stowage facilities. Leonardo can also support microgravity research into fluid physics, materials science, biology and biotechnology.

Leonardo was removed from the Shuttle’s cargo bay using the Station’s robotic arm and mated to the Earth-facing port of the Unity node. Attachment was called complete at 16:05 CET.

Discovery returned to Earth on 9 March.