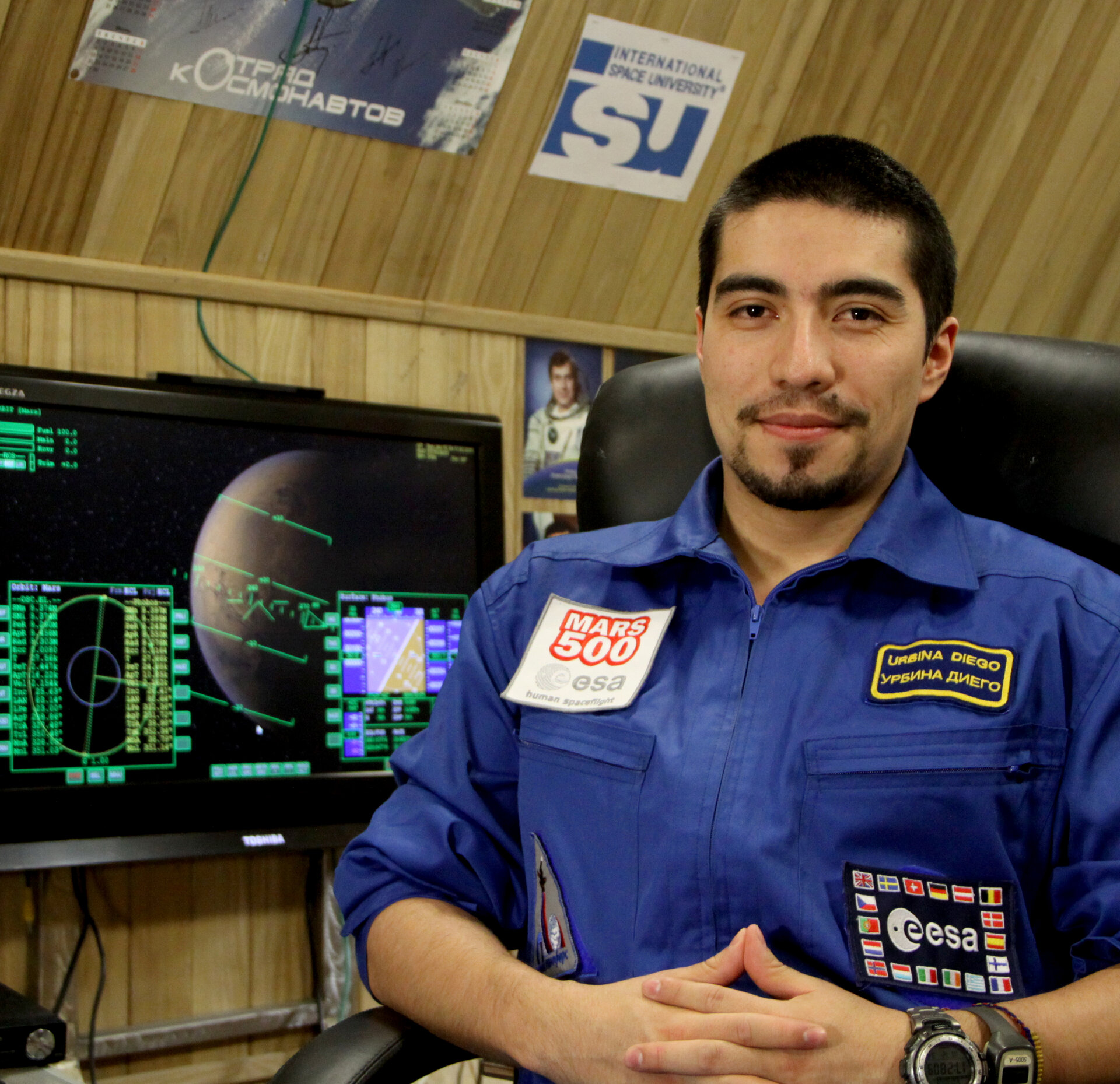 In this 11th Mars500 Mission Diary Diego writes about the preparations for the 'arrival' at Mars on 1 February and about his feelings now that the action is hotting up.

Unlike the International Space Station, which ports a wonderful Italian-made Cupola with windows that gives magnificent sights of the Earth and stars , we do not have any windows.

Knowing that we would soon get to Mars, I was a bit troubled about this fact, and some time ago decided to spend a bit of my free time calculating our trajectory and then coding scripts in a planetarium software, it turned out quite well!

The script allowed us to see every day ‘real time’ how we were approaching Mars, with pretty graphics and information on the distance to Earth, distance to Mars, communications delay, etc. Looking at this virtual window was surprisingly fascinating, in spite of it being just a simulated view.

First you see just a reddish dot that is just somewhat bigger than Mars seen from Earth. At a couple of million kilometres away, it becomes a little orange ball somehow resembling a planet, and then you see two tiny dots, Deimos and Phobos, the two Martian moons with the spooky names (one means Dread and the other Fear). Finally, in a matter of a couple of days, this little rusty red ball becomes a behemoth that occupies whole screen – or window, if you will. I can already see how this progression of views could blow the minds of whoever will be approaching the real Mars.

Now, when we are ‘seeing’ this planet from so close, we have got a vast set of new tasks. This makes our days different; generally more loaded, and hence... better. The activity and growing expectation of what is coming, broke the monotony into little pieces and fed them to the god Ares.

Soon, the crew will be divided in two, a surface crew and an orbital crew. The orbital crew, with our Flight Engineer Romain Charles on board, will be our eye in the sky, busy supporting the tasks on the ground and driving a virtual rover over the Martian surface (just the fact that you are close to Mars makes driving a rover on its surface in real time possible), plus other tasks involving mostly getting the spaceship ready to go back to the Blue Marble.

The work of the second group, the Martian surface crew including myself, will be composed of virtual and real tasks. Virtual, with a series of computer simulations of things that a Martian crew would most likely have to do on the surface of the planet, and real, with some of those very tasks executed on the planetary surface on the second floor of the Mars500 facility. It will be the most extensive place we will have seen in 8 months, even though we will have to see it from the rather closed spacesuit system.

Unlike the pressurized modules, the walls of the surface dome are quite thin, and the crew that will be working might hear someone if they were close by, threatening the realism of the simulation, therefore nobody will be around the facility when we work on an EVA (extra vehicular activity or spacewalk). Instead, all the people that need to see the EVA, will be located in Mission Control Moscow (MCC-M) located in Korolev City. This is the same legendary place where the Mir space station was controlled and that is, apart from Houston, one of the control centres of the International Space Station now.

We are currently training on the upcoming activities, reading a bunch of updates to our manuals and checking our communication protocols, then, on 1 February, we will open the Martian landing module, transfer consumables and hardware from the orbiter to the landing module and vice versa (the landing module acted as a storage volume during the first half of the mission), and finally, configure all the hardware that will be used on the surface.