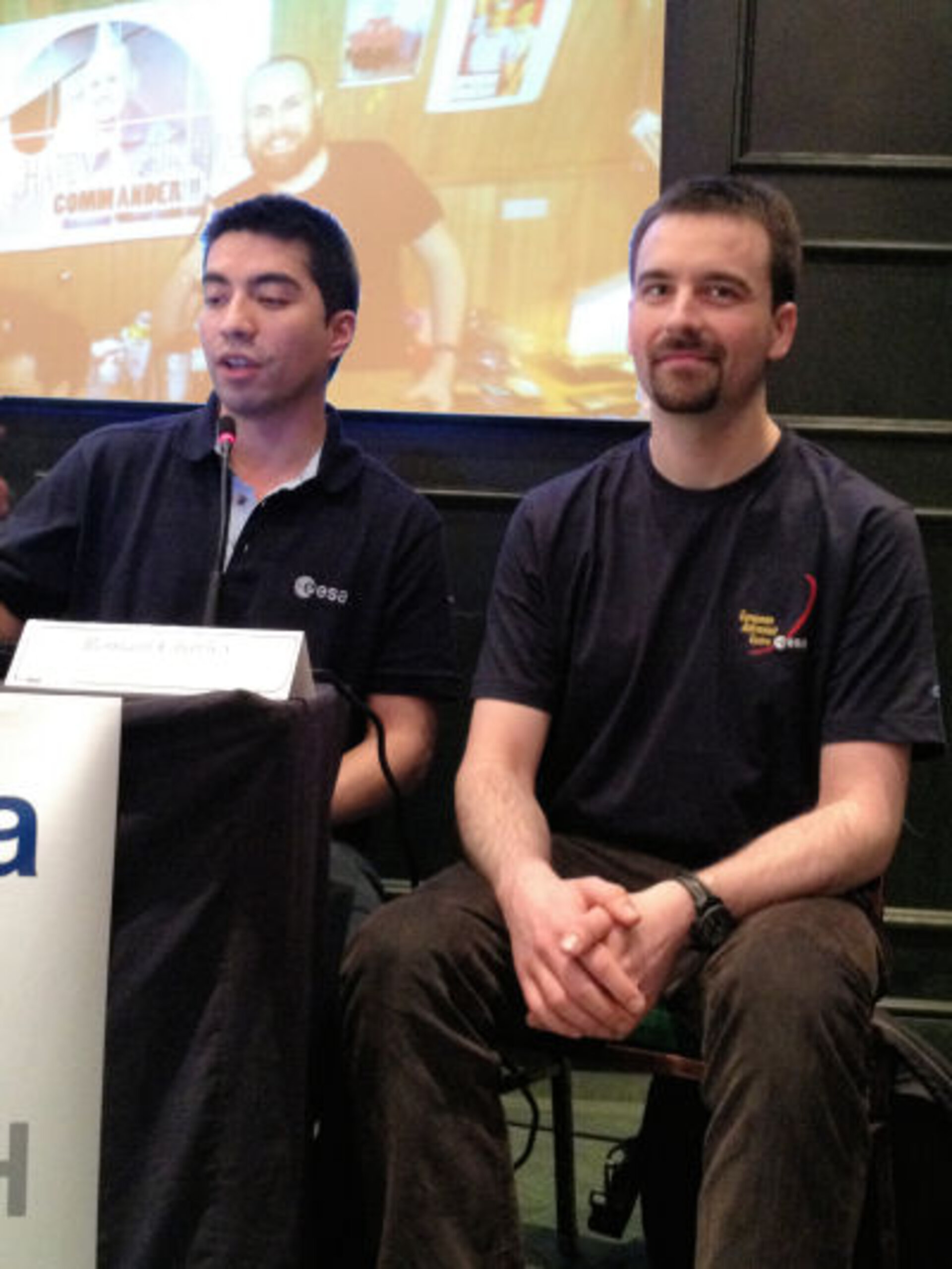 After being shut away for 520 days in their simulated spacecraft, the six Mars500 ‘marsonauts’ are now taking a well-earned holiday. In between they underwent extensive medical checks, made a high-profile tour and attended a special tweetup in Rome.

Post-flight tours are an integral part of every astronaut mission, and even this simulated Mars voyage had its own: European crewmembers Romain Charles and Diego Urbina enjoyed meeting the press, friends, researchers and fans in three European capitals.

Before arriving in Paris in the first days of December, Romain and Diego met scientists in Munich, following up some of the mission’s German studies.

In contrast to the experiment that took them on the longest-ever space voyage without moving anywhere, they took a car from Munich to Paris – just to have the pleasure of being stuck in traffic jams.

But they arrived in time for the press conference at ESA headquarters on 5 December.

After individual interviews and other presentations, Romain and Diego flew to Rome, where they met up with 20 enthusiastic Twitter users in addition to members of the media.

The participants in the ‘Mars500 tweetup’ were selected from a long list of applicants, representing different countries and age groups.

They gathered during the evening of 5 December in Rome for a ‘space pizza’ and welcomed a surprise guest – Diego wanted to skip his rest hours and meet them right after arrival from the airport.

“Thanks to everyone on Twitter,” said Diego the next day. “With all your messages, you had a big part in this mission!”

The tweetup took place after the press conference and presentations by Diego and Romain, and continued with a tour of ESRIN, ESA’s space centre in Frascati near Rome.

All the tweets sent from the ‘Mars500 tweetup’ are collected here.

After Italy, the Mars500 tour headed to Spain. Diego and Romain made their entertaining presentation again at the press conference in ESAC, ESA’s space science centre near Madrid.

Now the European ‘marsonauts’ are on holiday, but next year they will write their final report and continue medical studies until end oflate May, when their assignment will finally end.