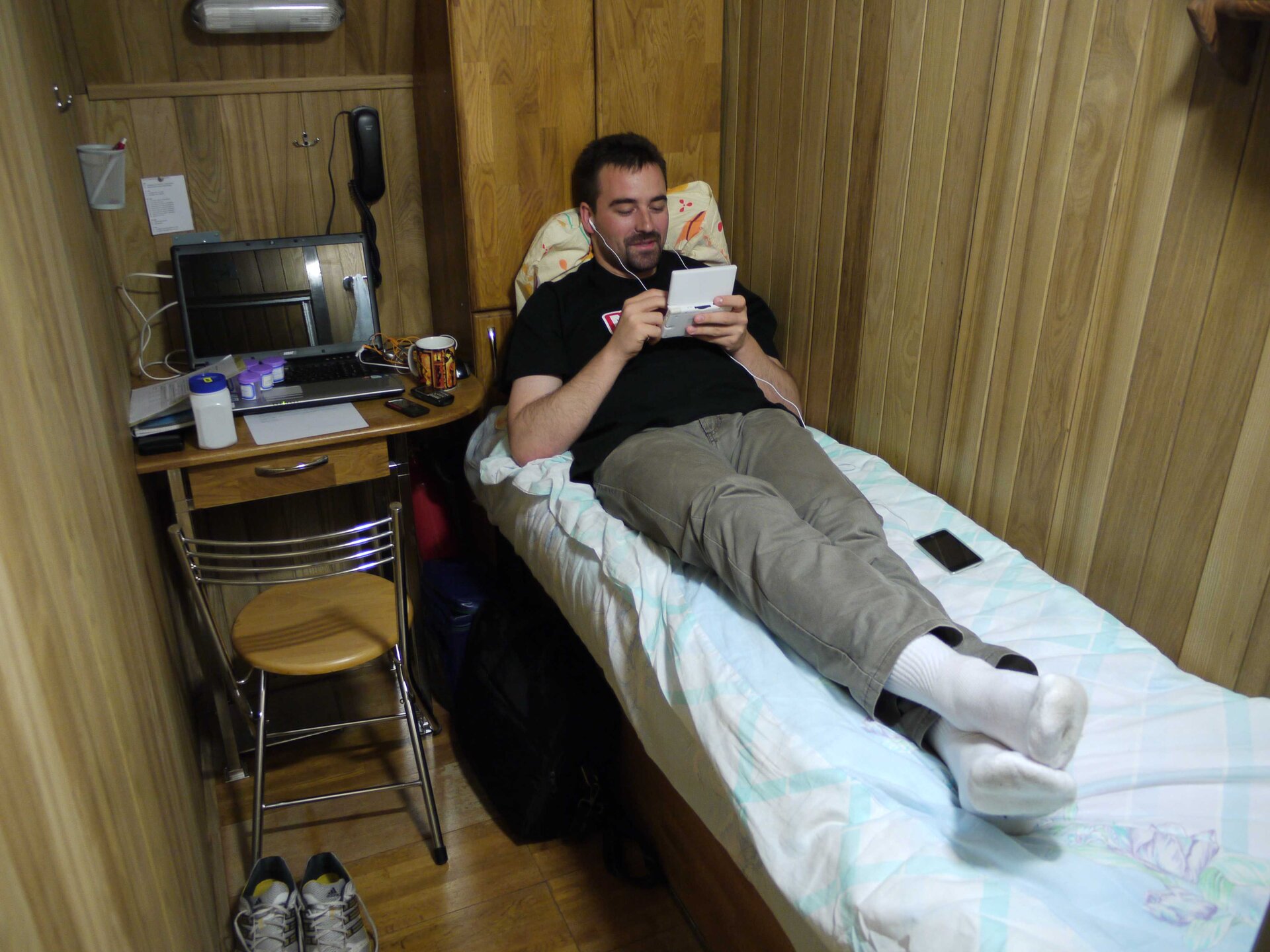 This is the first entry of the Mars500 mission diary by European crewmembers Diego Urbina and Romain Charles.

If you are reading these lines, I guess that you already know most of the technical characteristics of the Mars500 project. For our first diary, I would like to write some lines about our training and how it is from the inside.

The most significant point for me was the discovery of the 'space world' on one hand and the 'research world' on the other.

As you may know, my background is mainly industry and more specifically the automotive industry. Space was always a distant goal, almost unreachable. Today, I can hear this kind of comment around me: "I was in Cape Canaveral two days ago", "I remember when I went to the Soyuz landing point... ", "Please meet my dear cosmonaut friend...", etc.. It's really exciting!

You also have to imagine all the researchers coming from all over the world to Moscow to explain to us their experiments. Having more than 100 experiments to perform, we can count on the support of (at least) 300 to 400 highly skilled scientists and doctors. This is not a privilege which is widely shared I guess.

If you add the international crew of 6, this multicultural ground is just perfect for a curious mind and I really felt stimulated during the training. Now, the big challenge is in front of us. Goodbye Sun, goodbye Earth, we are leaving for Mars!

Diego, any word from you?

Although I had been involved in space projects before, Mars500 was not short of surprises for me. It started with the selection process: before arriving in Russia, I was not aware that such a quantity of medical tests could be performed on a human being. I was happy to know that I didn't have any obscure disease that could only be diagnosed with giant € 3 million machine!

The training, as Romain said, promptly showed us the scale of the experiment. The internationalism of Mars500 does not only involve the crew, but also the researchers who come from so many countries that I could easily surpass the word limit in this blog post. This is for sure a strong point of Mars500, as no human flight to the Red Planet will be possible by one single Nation. Knowing how to collaborate at all levels is fundamental.

We learned that some of the tests can be fun, some are potentially annoying, but we sure know that all of them are worth it if we ever want to make it to places beyond the Moon. There are lots of them, so if you bear with us, we will be able to tell you a couple of facts about them, and how we execute them inside the modules.

We are so pleased to be part of such a nice crew and such an important experiment, and hope that some of you, among our readers, will actually be the ones who will step on Mars in the future. Through the entries in this blog, hopefully you will learn, in an informal way, the cool and the ugly things that you can expect on such a long journey. So... farewell Earth!!!