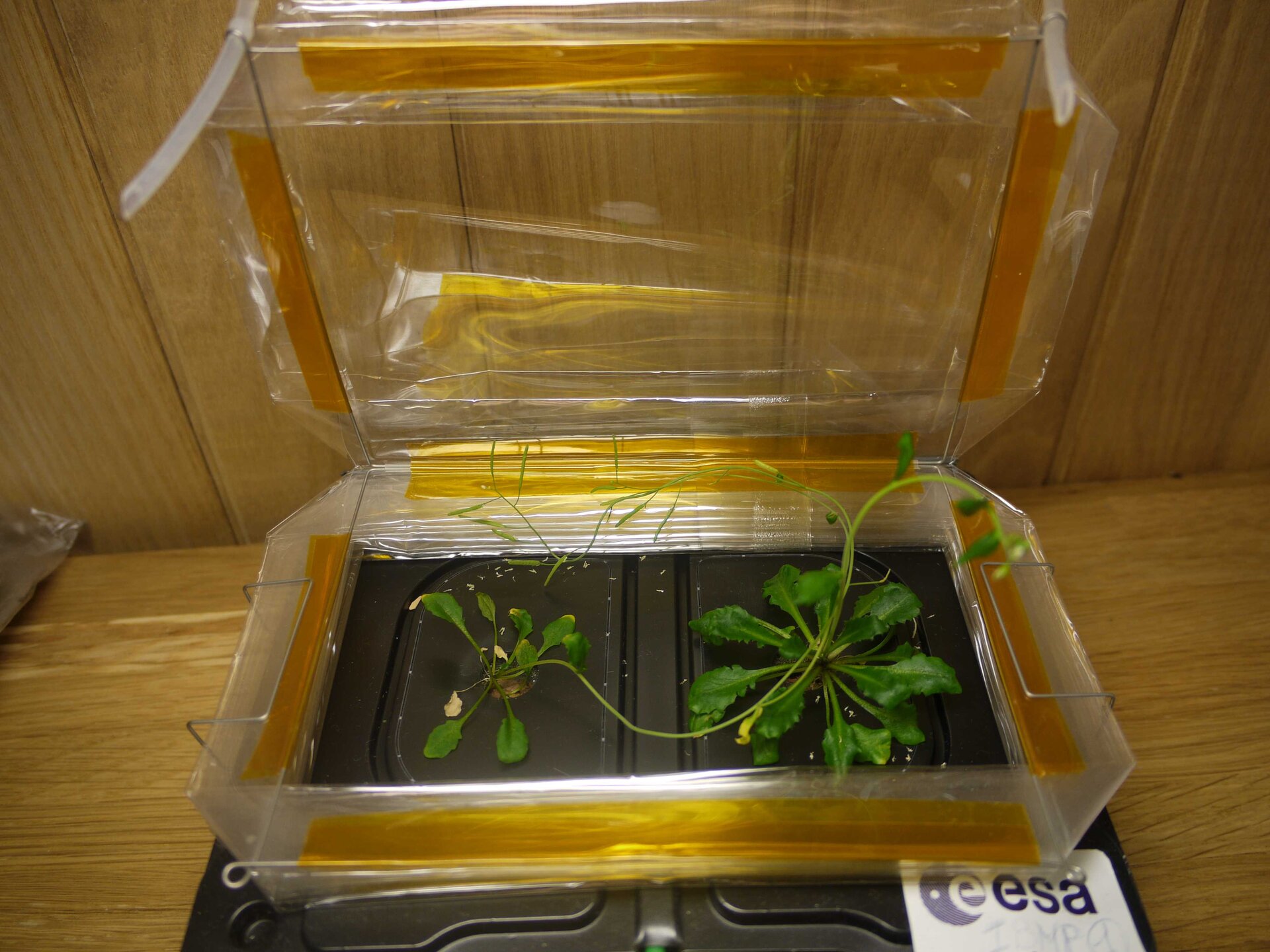 ESA’s high-flying ‘Greenhouse in Space’ educational venture began in February with a live link to the Space Station and four events around Europe. Now, after three months, the project has finished in Lisbon – and aboard a virtual Mars spacecraft.

More than 800 children around Europe took part in the Greenhouse in Space project with varying results: some of the Arabidopsis seeds in the miniature greenhouses grew well, but some did not.

Most importantly, Arabidopsis proved itself to be a hardy grower in space.

Its short life cycle from seed to seed, small size and ability to self-pollinate make Arabidopsis an ideal plant to grow in space.

The greenhouse aboard the International Space Station unfortunately developed a potentially hazardous fungus. Since the Station’s ecosystem is particularly delicate, it was decided to dispose of it.

Whereas some fungi are quite harmless to earthly plants and humans, the balance of the ‘closed’ systems in the Station could not be risked.

The crew of the Mars500 simulated mission to the Red Planet began their greenhouse experiment at the same time as ESA astronaut Paolo Nespoli started his on the Station.

They set up three greenhouses and the results were very encouraging: some plants completed the full cycle. Watch the video below to see the story of the ‘martian’ Arabidopsis.

The project’s closing event was held in Lisbon, Portugal, at the Ciencia Viva science centre.

Ciencia Viva invited 173 children and 20 teachers from eight schools from all over Portugal to present their findings on 12 May.

Marcelino Champagnat school in Lisbon kept two greenhouses under the same conditions but withheld fertiliser from one. The school was awarded the first prize for their presentation and were given a Space Garden kit to try out some of their new ideas.

They concluded that such experiments are important for gaining knowledge for space missions. They found that one experience leads to many others, and that learning is a continuous process.

We are standing by here at ESA: let us know about your Greenhouse in Space experiences on the project’s Facebook pages.

In order to win one of the limited number of Space Gardens, we would also like to receive your results and findings by the end of June 2011.

Send them – in English please – to isseducationteam@esa.int, marked ‘Greenhouse results’. An analysis and conclusions will be published based on the results.