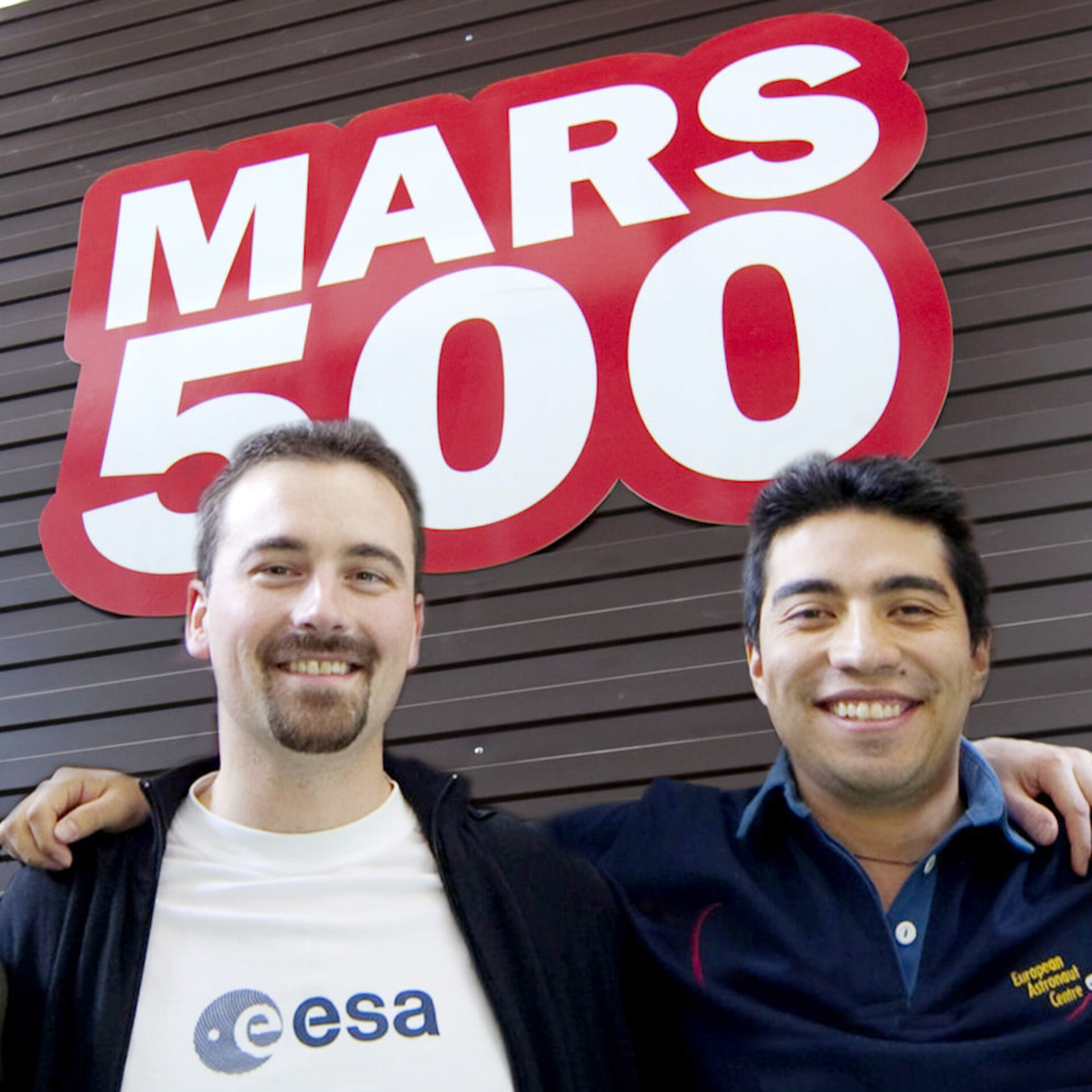 The simulated flight to Mars is almost ready to depart! Selection of the full crew is still under way, but the Europeans have now been chosen: Romain Charles and Diego Urbina.

Two Europeans, three Russians and one Chinese will close the hatch of the Mars500 isolation modules in early June and start their record-breaking mission.

The full crew will be announced later in May, but the European members have already been selected in order to allow them to visit family and friends before they are faced with a 'space mission' that is in many ways even more challenging than launching for real into orbit.

Diego Urbina, 26, has Italian-Colombian nationality and a wide experience in the space field. Romain Charles, 31, from France, is a quality manager at Sotira, a company producing composite panels.

"I’m really excited and happy having this possibility," says Diego Urbina with a big smile. "But of course I also have mixed feelings and I’m slightly worried about the unexpected things, mainly psychological, that may happen during the isolation. But these are the issues we’re most interested in!"

During the mission, Diego will keep us posted on the web: "I’m looking forward to having a lot of feedback!"

"I am proud of these young men, who are not only brave enough to take part in this history-making experiment, but also who are willingly giving so much their time for the benefit of spaceflight and future generations," said Simonetta Di Pippo, ESA Director of Human Spaceflight.

"Mars remains as a goal of the global human exploration programme and Mars500 will provide extremely interesting information about the human side of the future manned missions to our planetary neighbour."

Mars500 is a 520-day simulated mission to Mars. The sealed mockup includes an interplanetary spaceship, a Mars lander and a martian landscape. Housed in Russia’s Institute of Biomedical Problems (IBMP) in Moscow, the modules provide 550 m³ of living space.

The crew will have in the chamber food that shall last for the full duration, and the crew has to manage their consumption accordingly. Communication is only via e-mail and the connection will occasionally be disrupted. It will include also a maximum of 40-minute delay, as on a real Mars mission. They will be monitored and their psychological and physiological parameters recorded throughout the mission.

The experiment, as long as a real journey to Mars, will test technologies for extremely long flights, but it is also unique as a test of human endurance.

The crew will live and work like astronauts on the International Space Station, and their life will resemble that of Station astronauts: maintenance, scientific experiments and daily exercise. They will follow a seven-day week, with two days off, except when special and emergency situations are simulated.

During the 'surface operations' after 250 days, the crew will be divided, with three moving to the martian 'surface', while the other three remain in the orbiting 'spacecraft' for a month. The landing crew will venture out on the 'Martian' surface wearing modified Russian Orlan spacesuits.