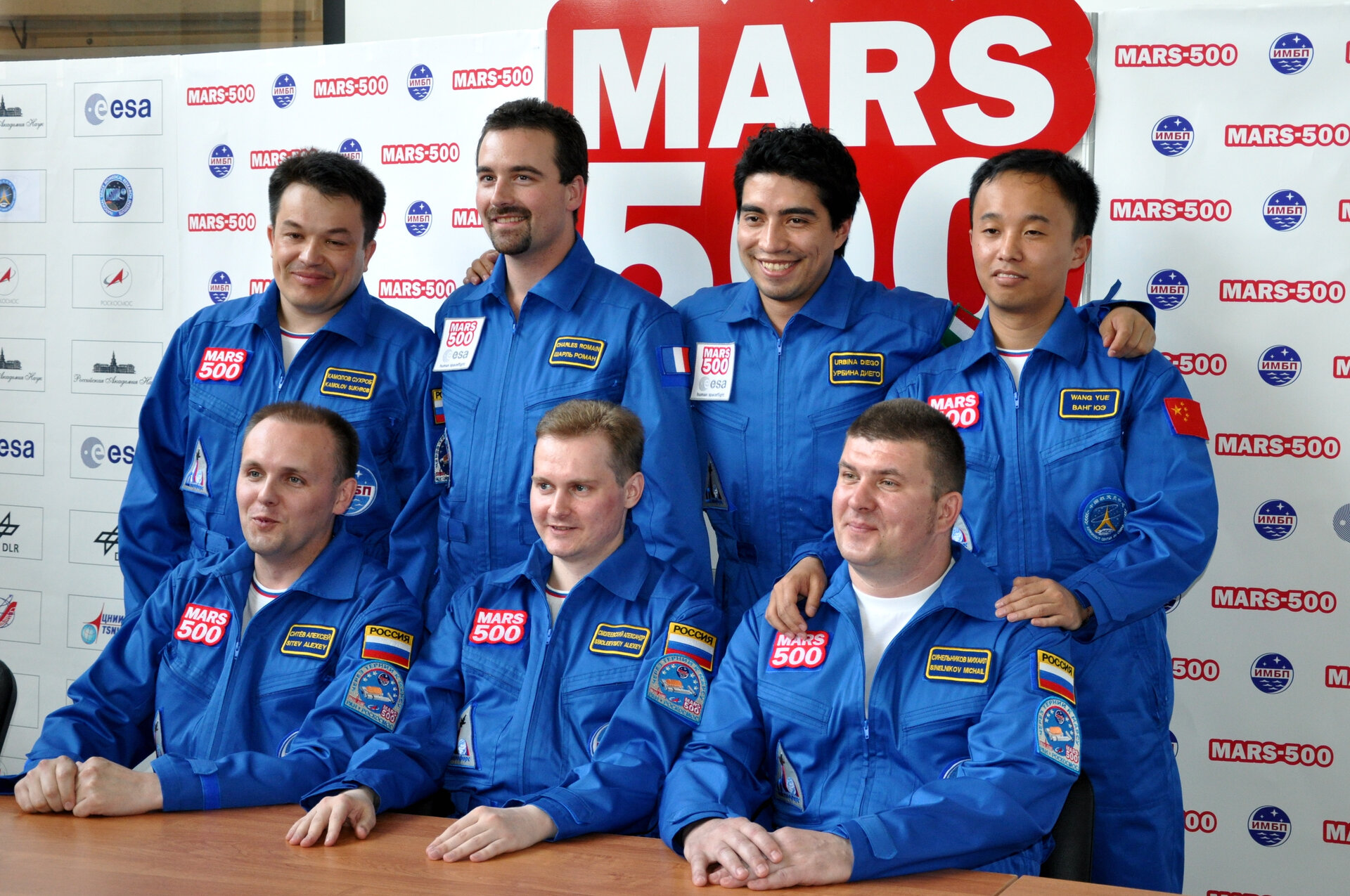 Mars500 is an international study about the possible interplanetary spaceflights and will conduct in 2010-2011 the first ever full duration simulation of a possible manned flight to Mars.

The 520-day simulation is the last and core part of the Mars500 experiment that began back in 2007. The first phase was a 14-day simulation that mainly tested the facilities and operational procedures. The second phase followed in 2009, when four Russian and two European crewmembers were shut into the facility for 105 days.

Mars500 is being conducted by Russia’s Institute of Biomedical Problems (IBMP), with extensive participation by ESA.

Replay of the hatch opening and crew egress November 2011

All older photos related to Mars500 experiment (including the previous isolation periods) are easily available in ESA Multimedia gallery.

New: Sounds and movies of isolation
European crewmembers Romain Charles and Diego Urbina have recorded their answers to some of the frequently asked questions for use on radio. The files (mp3 format) can be downloaded from here:

Some of the videos published on ESA's Mars500 YouTube playlist are also available for downloading on ESA Online videos.

Higher resolution versions for TV stations are available on request.