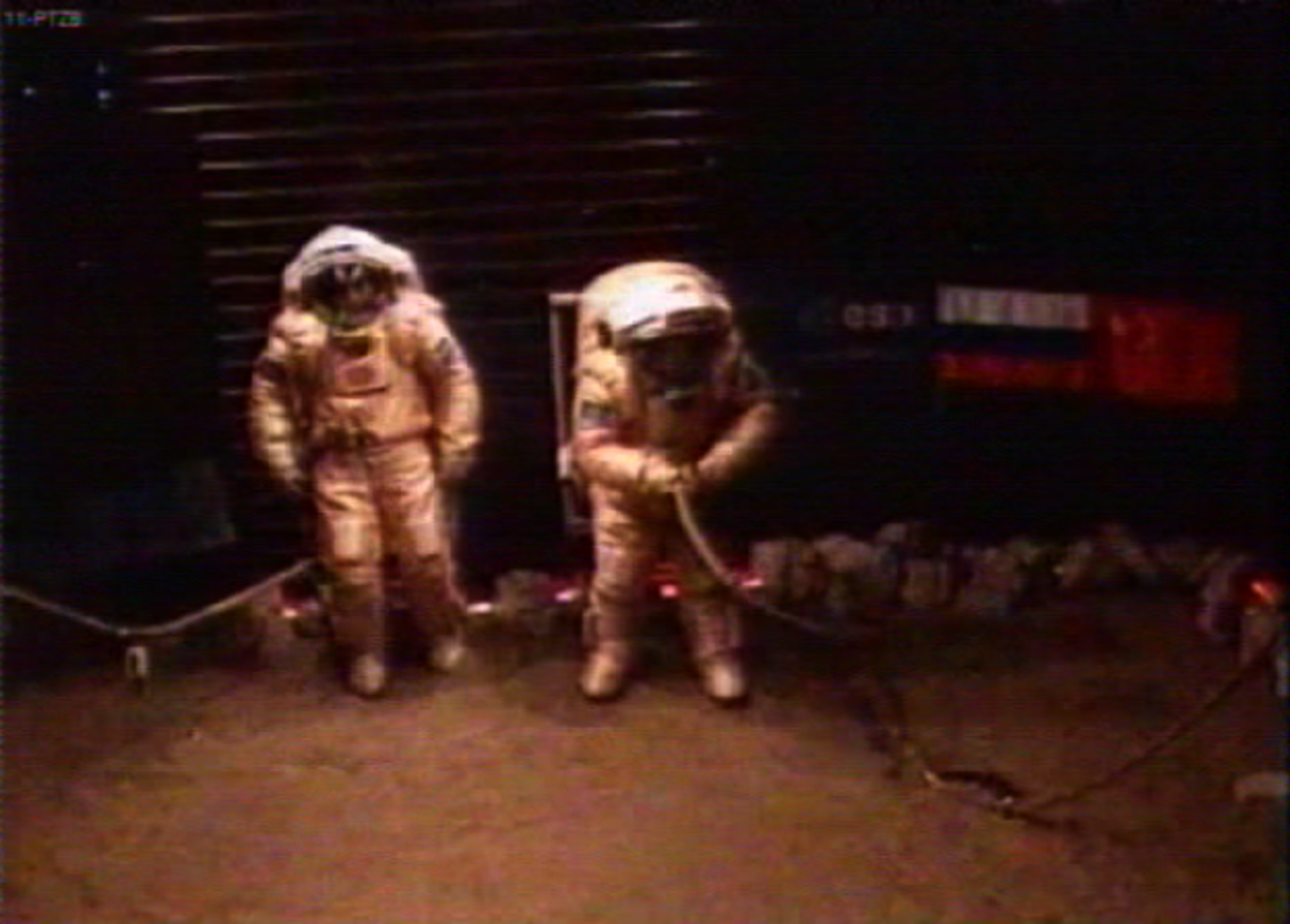 Three crewmembers of the virtual flight to Mars have 'landed' on their destination planet and two of them today took their first steps on the simulated martian terrain. The highlight of the Mars500 mission lasted for one hour and 12 minutes, starting at 13:00 Moscow time.

This Mars is housed in the Institute of Biomedical Problems in Moscow, on the next storey up above the cylindrical modules housing the Mars500 crew. Six men have been already been isolated for more than eight months during the first full-duration simulated flight to Mars.

After this first sortie, they will venture twice more onto the surface simulator wearing Russian Orlan spacesuits.

”Europe has for centuries explored Earth, led by people like Columbus and Magellan,” said Diego at the beginning of his three-hour ‘Marswalk’ with Alexandr.

“Today, looking at this red landscape, I can feel how inspiring it will be to look through the eyes of the first human to step foot on Mars.

“I salute all the explorers of tomorrow and wish them godspeed.”

The terrain, about 10 m long and 6 m wide, is covered with reddish sand and is built to resemble the surface at Gusev crater.

Gusev, an old lakebed filled with sediments, is one of the most interesting targets for investigation by robotic explorers and humans. NASA’s Spirit rover landed there in 2004 and has shown the crater holds many clues to the planet’s wet history.

The three Marswalkers will live in their 6.3 x 6.17 m lander for 16 days, eating the type of food carried on Russia’s Soyuz spacecraft and enjoying only limited exercise.

The lander will return to orbit on 23 February and dock with the mothership the following day. The hatch between the modules will be opened on 27 February for them to rejoin Romain Charles, Alexey Sitev and Sukhrob Kamolov, who have continued to ‘orbit’ Mars.

“The science community is very pleased with the quality of the material but, as this is a long experiment, we have to wait for the results until their ‘arrival’ at Earth.

“At this point, everything looks very good.”

The most difficult but the most interesting part of this psychological study of long flights is still ahead: the crew is now faced with another monotonous ‘interplanetary cruise’ without a highlight like the Mars landing to look forward to.

They will start their eight month journey back home on 1 March, after loading the lander with rubbish and discarding it, as will likely happen during the first real Mars flight.