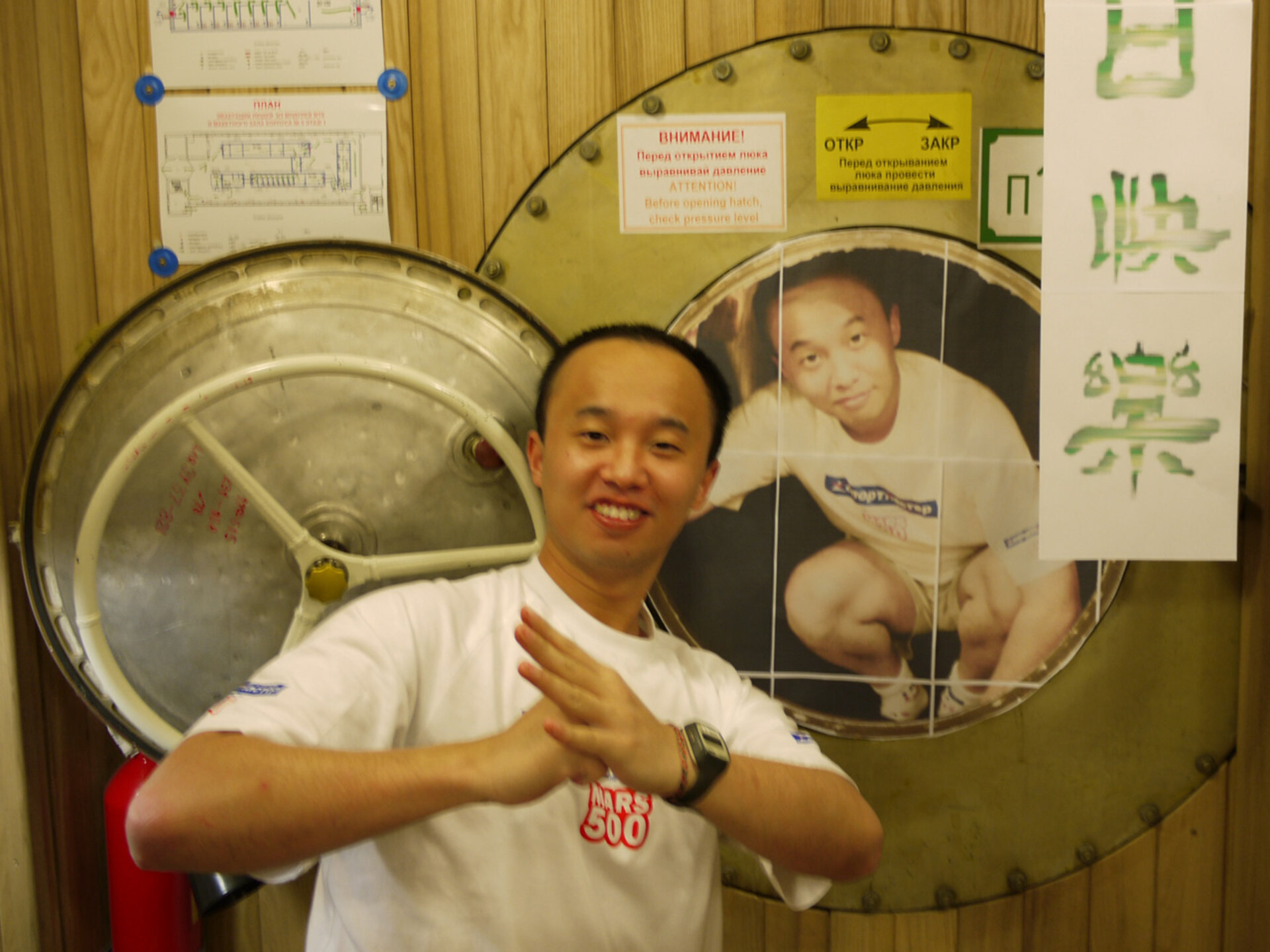 In the fourth diary entry, Diego tells us about watching the World Cup with a time delay and 'hunting' for food. With no supermarket on the way to Mars, tracking and monitoring of supplies is vital.

Football is one of those things that relax you after a hard day's work with experiments. During the South Africa World Cup, we didn't have access to cable TV as, apparently, there is no TV in outer space. Not being able to watch the matches live, we were able to watch a fraction of the tournament thanks to the aid of mission control. They couldn't get hold of much content of the Italian matches, which at the start made me frustrated, but in the end turned out to be a blessing for obvious reasons I'd rather not discuss! (seriously, Italy, what's the problem?).

Well, as is usual on Earth, we decided to run a small gamble on the World Cup. It was all fun and games until we got a winner and realized that we had nothing to pay him with.

Should we give him a bag of straws for air sampling? What? Nah. Should we give him extra tea? Uhm he can already have extra tea by himself. There was nothing we could give our Commander Alexei for accurately forecasting most of the unpredictable quarter-, semi-finals and finals of the biggest sports event on Earth, a feat that most of us, living creatures without 8 tentacles, would not be able to achieve, and which should not go unnoticed.

We couldn't just go to the mall and buy him something cool with some Euros, or... pay the bet with money like normal earthlings!

Turns out Lena, our psychological support and Deus Ex Machina, before we entered, had ‘hidden’ inside the isolation facility a couple of gifts for just such a case! Alexei finally got his prize and he was very happy.

The impossibility to satisfy short-term material desires is arguably the ‘bad’ side of not having to use money. Then on the good side, we have the fact that we don't have to go to the grocery store and buy food. Yes.

We have a different kind of ‘grocery store’. On our duty day (everyone has one every 6 days) among other tasks, the crew member in charge goes to the storage module and retrieves the food that everyone has to eat the next day. This food is listed in sort of menus that tell us what our breakfast, lunch and dinner will be. Of course, unlike a real menu in a good Parisian bistro, you can't really pick what you would like but you do actually have to eat everything written on it, since scientists study the reaction of our bodies to a specific diet. Not much liberty there, but if we want to look on the bright side of life, it does simplify preparing the meals.

The night excursions for food to the storage module, for some reason, feel to me a bit like when our far-back-in-time hunter and gatherer ancestors left their caves and went out to hunt in the woods to get food for the tribe. Instead of bows and arrows, we are armed with a sophisticated barcode reader. We aim this barcode reader and we mercilessly ‘hunt’ the protein bars, dry fruit, dry pasta etc. Then we come back ‘home’ and get everything ready and defrosted for the next day.

This barcode reader is not only used to get the food. We use it to get our clothes every 3 days (for underwear and T-shirt) and every 10 days (for the shorts). No, it is not as gross as it sounds.

Every time we need to get an experiment, also boxed in the storage module, we must use the barcode reader to check in which of the many blocks it is, and then register it. This way we can control where things are, who got them, and how many we have used, so hopefully nothing gets ‘lost in space’. This is important, because as you probably know, we have a limited amount of supplies that we must use very efficiently. As Ben Franklin (if I remember correctly) would say: "Waste not, want not". I think that phrase can close this crash course in interplanetary economics and logistics.

Well, time for some quick updates. As Romain mentioned, three of our birthdays already passed, and the nights before we prepared some posters (of themselves!) to celebrate them. The guys really liked these, so I thought you may want to see one of them.

We had our last phone calls right before the point where the delay in communication makes it impossible (or at least remarkably annoying) to talk on the phone, so we reached some of our good friends from Moscow in the mission control room. It was fun as a last souvenir from Earth!

In the meantime, we continue our exercise, this month we changed routines (it happens every 2 months). Romain switched from the MDS (the resistance pseudo-weightlifting machine) to the also fun static bike, and I switched from the exercise with bungee cords to the hardcore passive tread mill which makes you sweat like there is no tomorrow. Watch out Schwarzenegger, here we come!