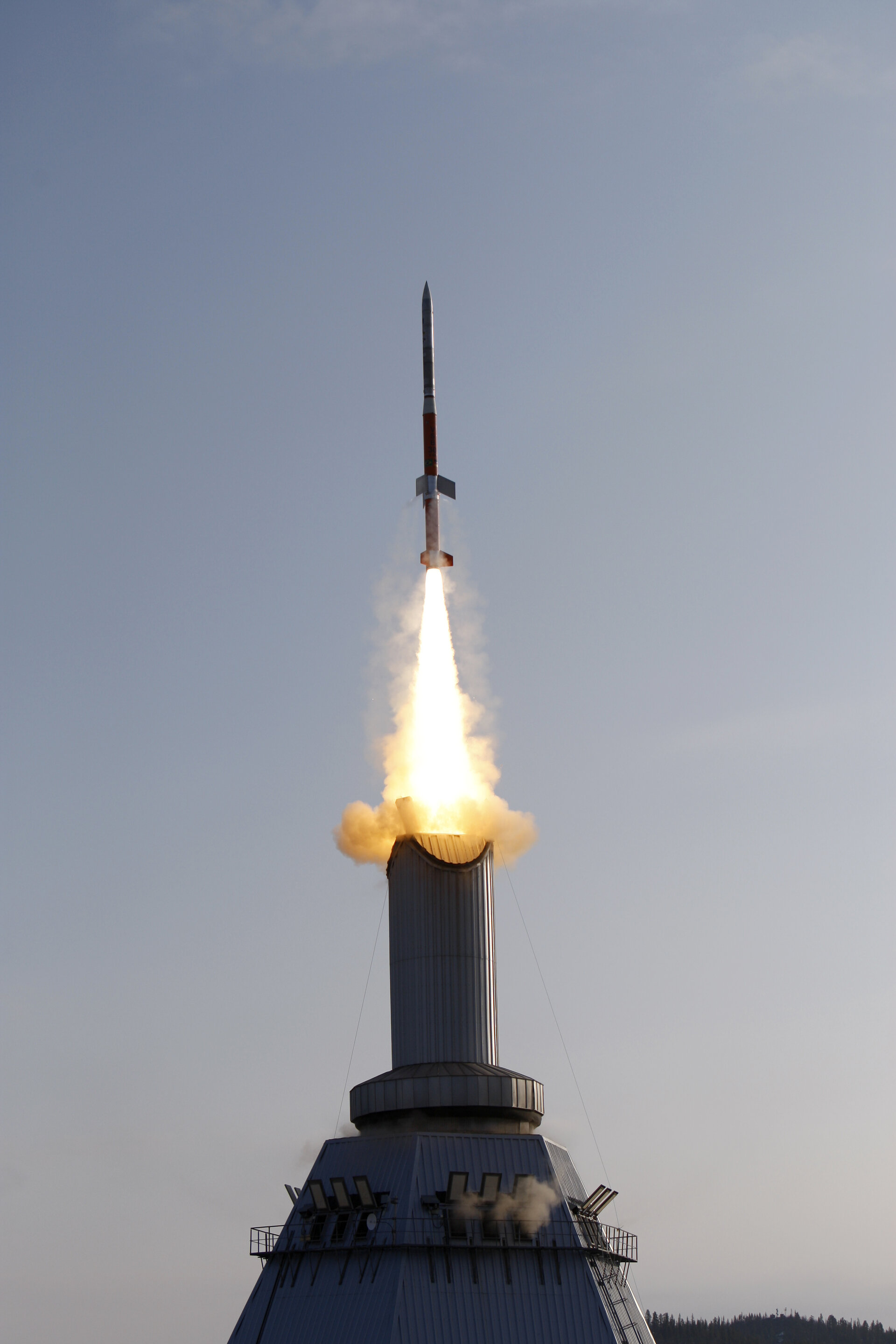 Five experiments on a Maser rocket were launched from northern Sweden today. Faster than most people take a coffee break, Maser-12 travelled 250 km upwards, provided six precious minutes of microgravity, and landed safely back on Earth.

Launched at 09:30 GMT on 13 February, it took only 45 seconds for the ‘sounding rocket’ to leave the atmosphere. Once it ran out of propellant, the mission had only just begun for the scientists watching on the ground.

They had around six minutes to run their experiments and collect data during the weightlessness.

On this mission, Maser felt the heat: one experiment used a small furnace to cook a metal sample to 700°C.

At this temperature, the mixture of aluminium and copper turned liquid before it was frozen inside a cooling chamber to solidify into crystal clusters. An X-ray camera captured this dramatic experiment for analysis.

Maser-12 also featured experiments in molecular biology. The weightless behaviour of human immune-cells was compared with that of their counterparts on the ground. Another experiment looked at how blood transports cells.

By observing how cells behave in microgravity, scientists gain a better understanding of how they work on Earth.

Lastly, a liquid was observed to help understand boiling and heat transfer.

Parachutes released automatically on Maser’s trip down, guaranteeing a soft landing for the payload module.

But there is only so much you can research from a distance, so the search and rescue service at Sweden’s Esrange returned the experiments to the scientists for more detailed analysis.

In the vast wilderness of northern Sweden, it helps that a satnav device comes as standard on a Maser. The retrieval team pinpointed the landing site and the experiments were returned by helicopter within an hour of touchdown.

Conducting research in microgravity is an important task for ESA. The information from the superheated metal experiment, for example, will bring us closer to creating lighter materials for use in cars or as artificial bones.

The wilderness around Esrange means that rockets can descend with no danger of causing harm. Despite its remote location, the town of Kiruna is only 45 km away, providing the support needed for a launch site.