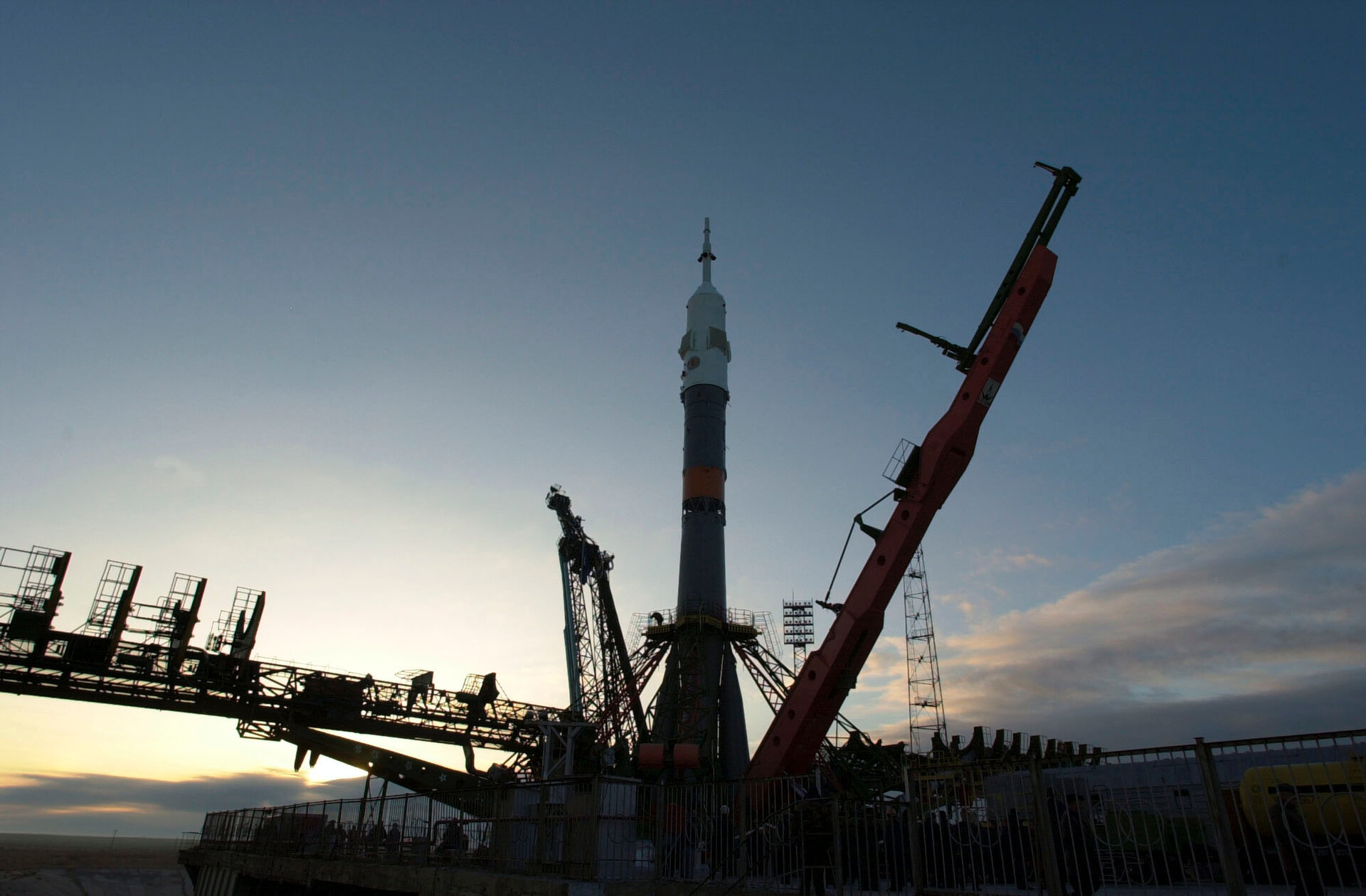 When Frank De Winne, Sergei Zaletin and Yuri Lonchakov are launched into space from the Baikonur cosmodrome in Kazakhstan for their taxi mission to the International Space Station (ISS) they will be following in some very illustrious footsteps. Literally, because Baikonur is a place of real space history, linked with the name of Sergei Pavlovich Korolev. It is a story of triumph, tragedy and disappointment but also of hope and future.

Baikonur was once at the heart of the super-secretive space programme of the former Soviet Union. Today the launch base of all Russian manned space missions is situated in independent Kazakhstan. There the Russians hire the 5500 square-kilometre cosmodrome territory. Nowadays Europeans and Americans are regular visitors. Their satellites are launched from Baikonur or their astronauts travel into space on board a Soyuz spacecraft.

But Baikonur is still the stuff of legend. It was the scene of the first great triumphs of the space age. The first artificial satellite of the Earth was launched from Baikonur on October 4, 1957. Sputnik 1 reached its orbit by means of a modified intercontinental ballistic rocket. A successor of this rocket, but in fact with the same design, will be used to launch the Soyuz spacecraft with the Odissea mission crew on board.

Sputnik 1 was essentially the creation of one man: Sergei Pavlovich Korolev. The Soviet press and the rest of the world knew him only as the Chief Designer. In the first glorious years of the cosmodrome his name and the name Baikonur were almost synonymous. Korolev worked at Baikonur from its beginning in 1955.

Korolev always reached for the stars. With his team he created the little Sputnik satellite in a matter of weeks. When the R-7 rocket and its payload was moved by rail in a horizontal position from the assembly building to Pad One, he walked slowly in front of it, head bared in meditation. After its successful launch into orbit, he was not afraid to announce, “the conquest of space has begun”. Soon, Korolev was shooting for the Moon and the planets.

Less than four years after Sputnik 1, Baikonur was the scene of another great historical event. On 12 April 1961, a young Soviet Lieutenant called Yuri Gagarin lifted off from Launch Pad 1 to make the first manned orbit of the Earth on board the spaceship Vostok ('East'). Over the years, hundreds of men and women have followed Gagarin into orbit; but again there could only be one first, and once again it happened at Baikonur... As a kind of sanctuary visitors still 'worship' the modest wooden house where Korolev worked long hours on his 'conquest of space'. In an equally modest building nearby, Gagarin spent the night before his triumphant launch. Unfortunately triumph and tragedy alternated at Baikonur. The heaviest human cost was on 24 October 1960, when 165 were killed in the launchpad explosion of a prototype missile. Korolev himself died suddenly in January, 1966 in the course of a surgical operation and a year later, when when the recovery system failed on an early Soyuz vehicle, Vladimir Komarov became the first cosmonaut to lose his life on a space mission.

There has been disappointment too. In the 1960s ambitious plans to put Soviet cosmonauts on the surface of the Moon failed. Four unmanned test launches of the giant N-1 rocket - it weighed 2750 tons - ended in catastrophe. A Russian has yet to walk on the Moon. Another programme to send cosmonauts in orbit around the Moon was very close to materialization. But eventually no Soviet cosmonaut reached lunar orbit either.

The Americans had won the Moon race. The Soviet Union began developing space station technology, first with the Salyut modules and ultimately the well-known Mir station, the first element of which was launched into space in 1986. Mir came to a fiery end in March 2001 when it was intentionally burned up in the Earth's atmosphere. Eventually Russian efforts were integrated as an important part of the present International Space Station, which is being assembled in space since 1998.

But by then the Soviet economy was in dire straits and the Soviet Union fast approaching terminal collapse. One of the victims was the Soviet space shuttle Buran ('Snowstorm'). Buran flew just once, unmanned, carried by the huge Energia rocket. The perfect launch and flight in 1988 and the cancellation of the project thereafter must have been an enormous disappointment for the thousands of scientists and technicians working on the programme.

Nowadays in Baikonur the Proton, Zenit and Soyuz launchpads are all in regular use. The bureaucracy of the Soviet era has long gone. In its place, RSC Energia, also and appropriately known as the Korolev Rocket and Space Corporation is vigorously developing commercial and technical contacts around the world. Russia also has learned that providing commercial satellite launches for other nations can provide a bread-and-butter income. The ISS has generated a new age of international cooperation in space, and Baikonur Cosmodrome will play an important role.

So will ESA, which over the years has developed a strong and mutually beneficial relationship with RSC-Energia and other Russian space operations. The October Soyuz launch and the Odissea mission that will take ESA's Frank De Winne, Sergei Zaletin and Yuri Lonchakov into space is only one example of that long-term cooperation.