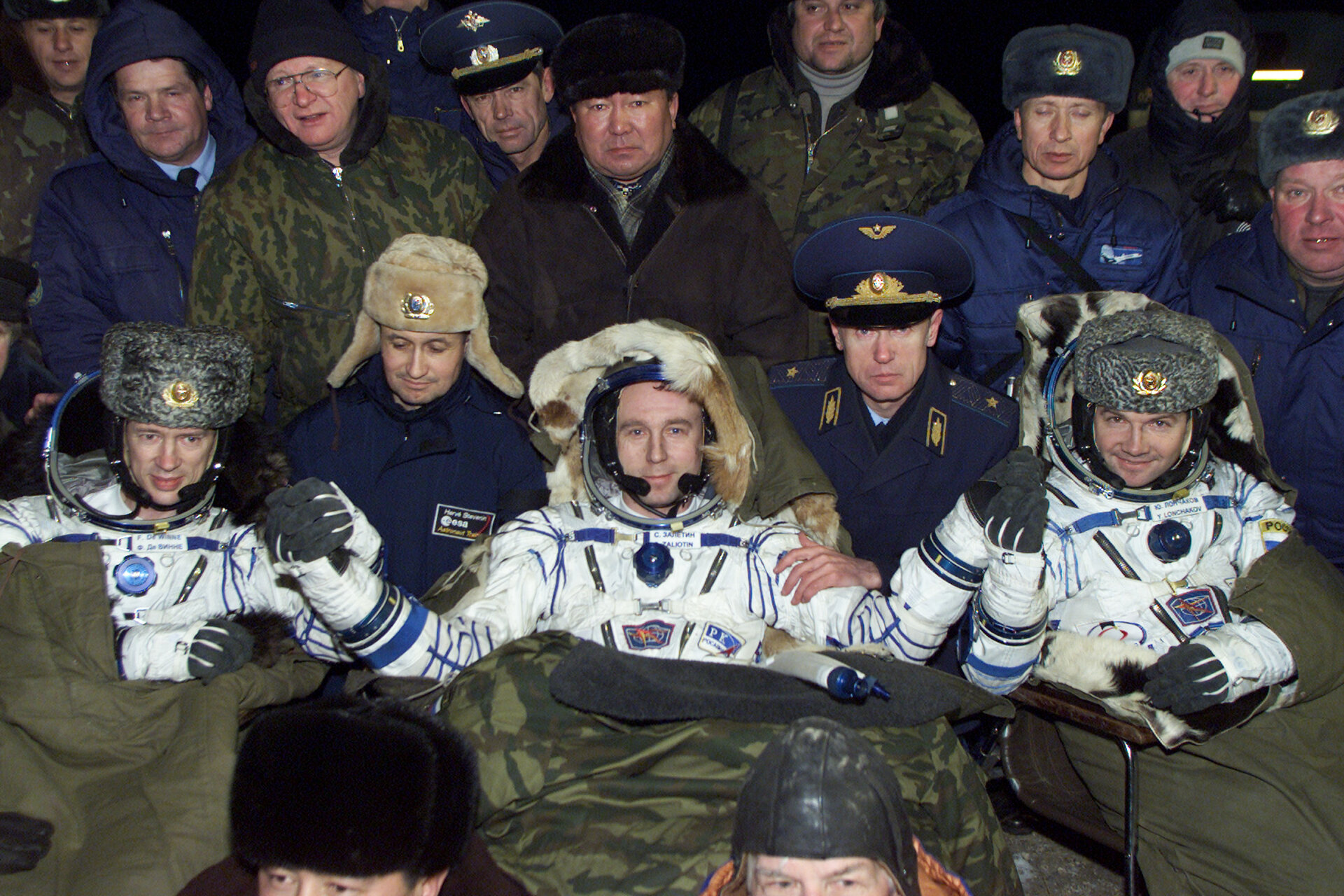 The Odissea mission crew - Frank De Winne and the Russians Sergei Zaletin, Soyuz Mission Commander, and Yuri Lonchakov, Soyuz Flight Engineer - flew into orbit on the first ever flight of the new Soyuz model TMA and returned in the old TM-34 Soyuz that had been attached to the Space Station as an emergency return vehicle for the last six months.

Safely descending to Earth in their Soyuz TM-34 capsule, the crew ended a 11-day mission with a flawless night landing near the town of Arkalyk on the plains of Kazakhstan at 06:04 local time (00:04 GMT).

ESA astronaut Frank de Winne, a former Belgian Air Force fighter pilot and the first non-Russian ever to fly on the maiden flight of a Russian vehicle, described his first voyage into space as "the most intense, challenging and unbelievably fulfilling 11 days of my professional life."

During his nine-day stay on the Space Station, De Winne worked on a substantial programme of 23 scientific experiments. These included four physical science experiments for which De Winne made use of the newly installed Microgravity Science Glovebox (MSG) research facility - an important piece of hardware designed and developed by Europe, located in the US laboratory.

On his second day on the Space Station, Saturday, 2 November 2002, he also had the pleasure of taking part in celebrations to mark the second anniversary of the beginning of permanent habitation of the Station by resident crews.

"Over the past two years, the Space Station has gradually become an advanced scientific laboratory for world-class research for the benefit of life on Earth. Europe’s contributions in the form of research facilities like the MSG and, in particular, ESA’s Columbus laboratory - which will be added to the orbiting complex in less than two years from now, in October 2004 - and regular taxi flights with European astronauts, demonstrate the importance of European expertise in this international project," said De Winne.