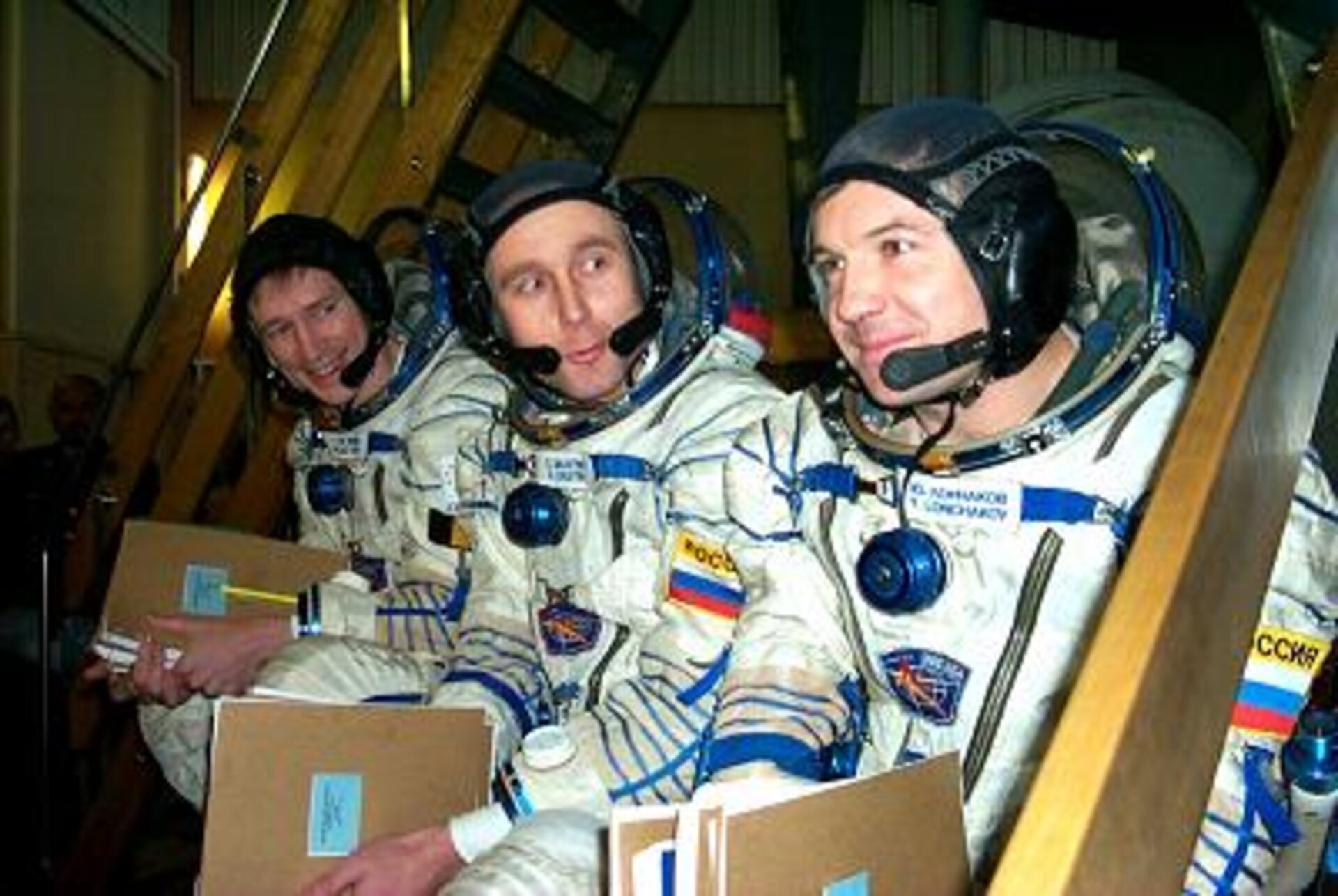 Just two weeks to go and we will launch into orbit from Baikonur cosmodrome. I will be going to Baikonur on 16 and 17 October for 'primyerka' as they call it here. We will take a look at our spacecraft to check if everything is OK. After that I will return to Moscow. On 23 October I will go back to Baikonur for the last preparations for my mission. Then the final countdown can begin.

There are several things happening that give me the feeling that my flight really is near now. On Friday we received the real flight documents, which will be used during the mission. The day before Yuri Koptev, Head of the Russian space agency Rosaviakosmos, gave us a reception. He wished us success for our flight.

Saturday 12 October 2002: I will fly with two colleagues

We will be launched into space with a crew of three after all. In addition to my Commander Sergei Zalyotin, Yuri Lonchakov will also be on board the Soyuz TMA-1 spacecraft, which will be launched to ISS on 28 October.

Yuri served as my back-up during the training for the full scientific programme and he will be a good support for me on board the ISS. This way we will have some extra time to do other things.

Yuri has been added to the crew fairly late. This had something to do with the fact that the American pop singer Lance Bass originally would have flown with our crew as a 'spaceflight participant', more popularly called ‘space tourist’. Due to a number of reasons his flight was cancelled and the Russians considered some alternative options.

One possibility was to fly a container to the ISS, another a third Russian passenger. Since the Russians have to be able to qualify their own cosmonauts for future space missions, they chose to add Yuri to our crew. This means he can fly as a Commander on a future flight. It is rather unique for someone to be added to a crew this late and also to have three pilots on board a Soyuz spacecraft.

This week we did the last three big so-called 'complex' exams. They were about the Soyuz TM and TMA spacecraft and the Space Station. They are a kind of rehearsal for the space mission with simulations for instance of the Soyuz TMA entry, the verification of all systems, the first days in space with the rendezvous and docking with the Space Station. In the afternoon the preparations for the undocking, the proper undocking and the landing were simulated.

In fact we are performing the whole flight on Earth and to test us a number of failures are simulated. An official commission is watching the whole time to check if you are doing something wrong and what you are doing wrong. The exam begins with us being presented to the General. Then we have to draw a list with questions. Fortunately we practised almost every possible situation in the simulators several times in training and so there were no unexpected events. Everything went just fine.