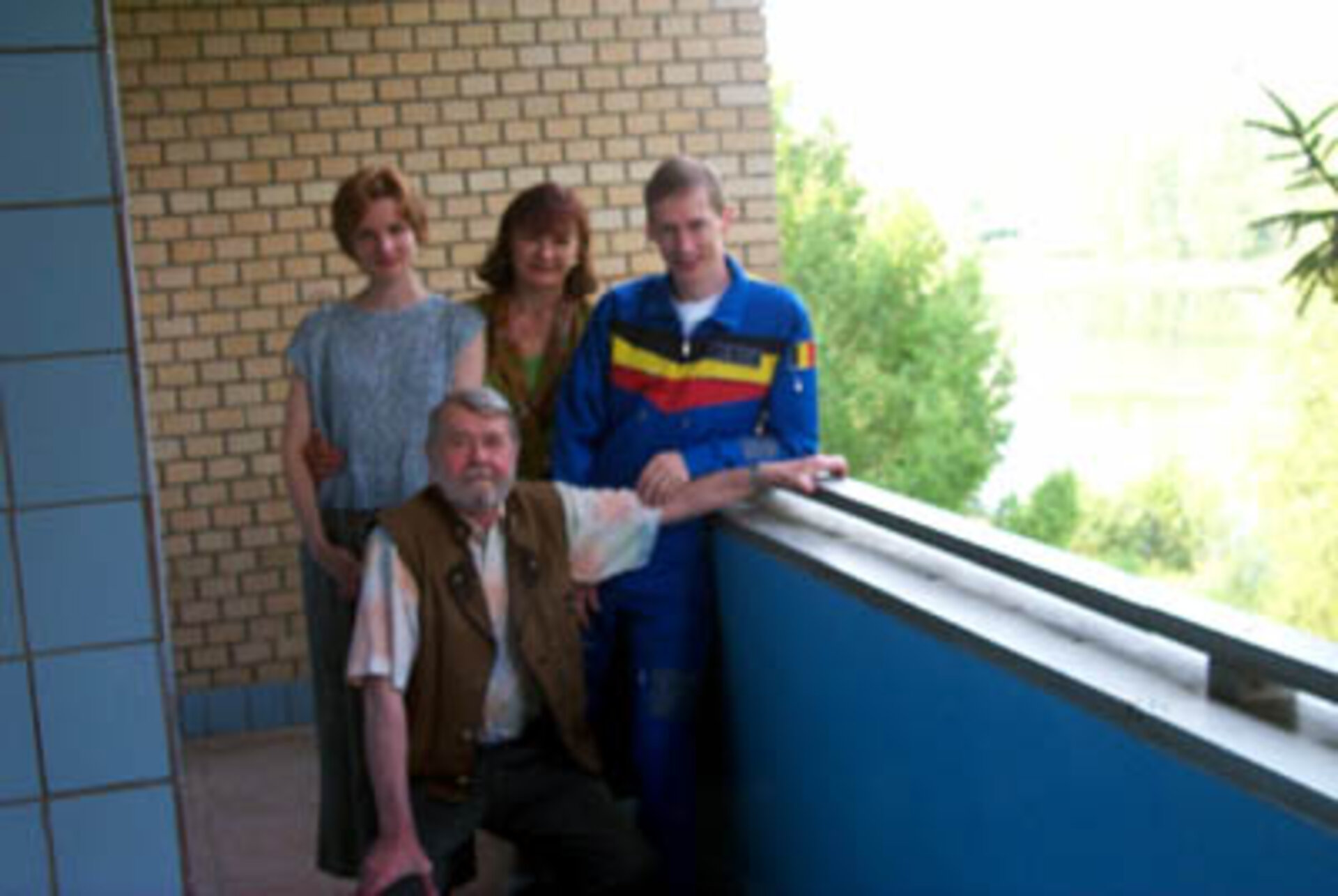 This week I tried on my flight suit, which I will be wearing during my stay on board the International Space Station. It has the black, yellow and red of the Belgian flag on it. The suit will go up to the Space Station ahead of me with an unmanned Progress space cargo, due for launch in September. The people who made the flight suit have done this for many years for all cosmonauts. And they are really proud of their work. I was also very pleased with the outcome.

I have already been training for one year now and there are only three months to go. The basics of my training programme and all the exams have been done now. So it is mostly practical training which lies ahead of us. I’m now really feeling that we are coming close to the flight. Although for the scientific training I still have a lot to do. Next week we start Baseline Data Collection for NASA and in a couple of weeks we do the same in Brussels for the European medical experimental programme.

Now I’m off to do some sports with the other cosmonauts, which is always pleasant. And this weekend I will probably enjoy the nice weather and visit Moscow.

Since Monday I've been back in Star City near Moscow. I spent a lovely holiday of three weeks with my family. I'm really looking forward to seeing them again soon because they will be here next Sunday. They've been here before but it's not always easy to organise things, because of school for instance.

Now I must go to work again. To get in the mood I've been having some Russian lessons. Tuesday I spent training, almost completely in the simulator. We practised re-entering with the new Russian Soyuz TMA-spacecraft in which I will be launched. If all goes to plan, in November I will return on board an old Soyuz TM, which has been docked to the International Space Station and serves as a lifeboat for the crew. But we have to learn the procedures to re-enter with the new Soyuz TMA as well, just in case we have to return with this spacecraft. In the evening there was a so-called Canada Day here, since the head of the NASA bureau in Russia is a Canadian. I loved it very much. I saw a lot of colleagues, astronauts as well as other old acquaintances. Yesterday I learnt some more Russian.

And now I’m just back from a 4th of July party with the Americans. They had organised a big barbecue and invited about 60 people, including some of my fellow astronauts. Chris (a Canadian astronaut) gave a great performance on the guitar and everybody sang along. It was amazing to see how in Star City, close to Moscow, all people, Americans, Europeans and Russians were eating schaslik and toasting the USA in the traditional Russian way with vodka. We have come a long way in just a decade. This is the ISS, bringing people from around the world together…

Today I also went through new medical tests. This is nothing to worry about - these tests are normal and are done regularly. One of them was a cardiogram while cycling in rested position. Everything was OK, which of course makes me happy. This afternoon I practised the manual docking procedures with my commander Sergei Zalyotin. During the next weeks I will keep on training with the simulator and have Russian lessons. I will also be doing a lot of sports to keep in shape. We will also practise with the new software for the Soyuz TMA. And there will be some nice events: my new flight suit will be measured and I will be able to taste the food for my flight.