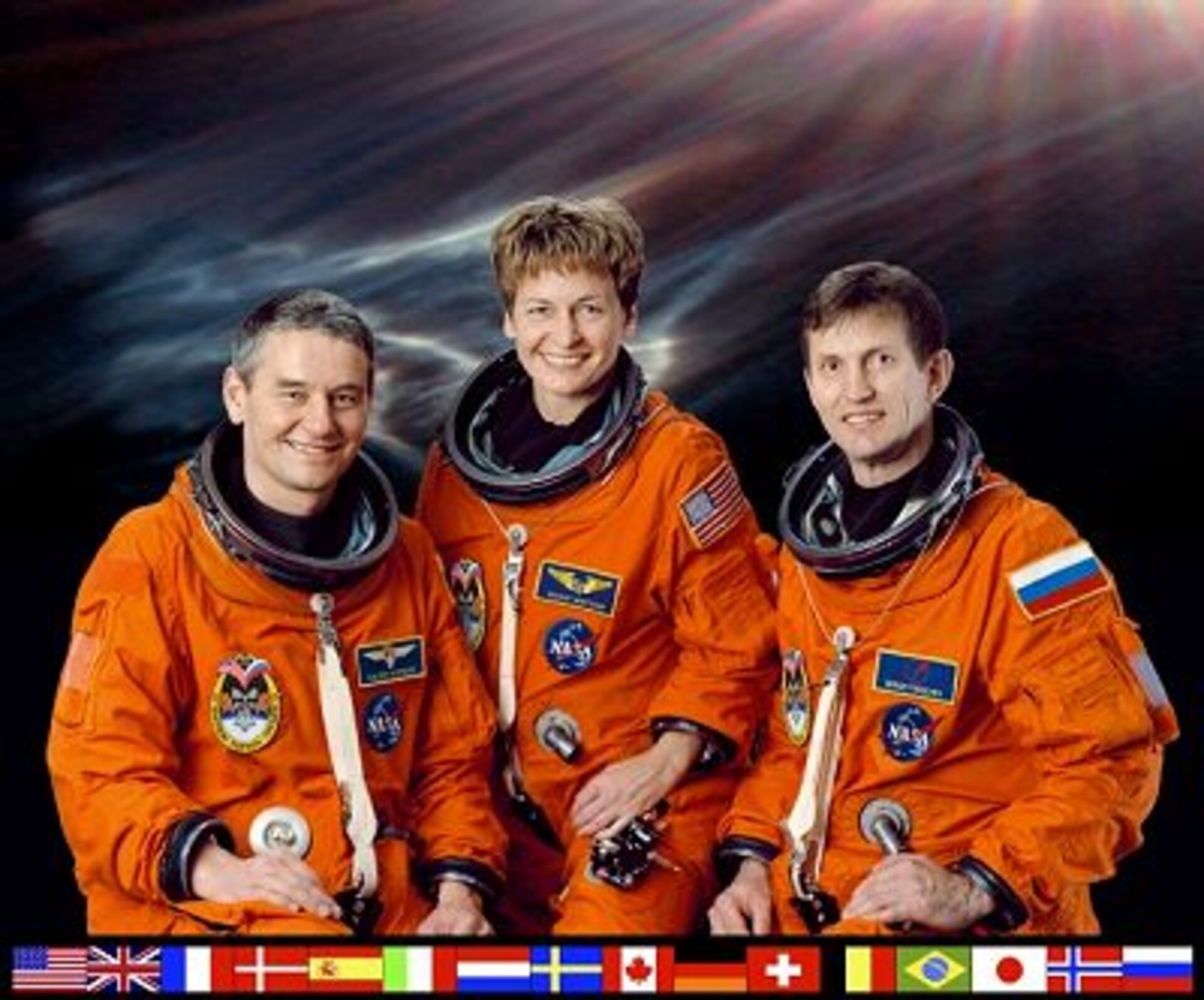 The three strong Expedition Five crew, comprising Commander Valery Korzun, and Flight Engineers Sergei Treschev and Peggy Whitson, will welcome the Odissea crew on board the International Space Station when they arrive on 30 October 2002.

The Expedition Five crew has been on board ISS since 7 June 2002 and will stay on the Station until they are replaced by Expedition Six who will arrive on Space Shuttle flight STS-113, currently scheduled for launch mid-November

Certified as a test cosmonaut in June 1989, he trained for spaceflight from September 1989 to September 1992. From October 1992 to March 1994 he underwent extensive training as Commander of the ‘Soyuz TM’ rescue spacecraft. He trained as a group member for flight on board the Mir space station from March 1994 to June 1995.

On 2 March 1997, Korzun returned to Earth after a 197-day stay on board the Mir space station. During his stay he also performed two space walks totalling 12 hours and 33 minutes.

Completed basic cosmonaut training course in 1994. From 1994 to 1996 he underwent advanced test cosmonaut training. From June 1997 to February 1998, Treschev trained as Flight Engineer for the Mir space station backup Exp-25 crew. Trained as Flight Engineer for the Soyuz-TM backup ISS contingency crew from June 1999 to July 2000. Initially trained as backup to the ISS Expedition Three crew

Doctorate in biochemistry from Rice University in 1985. A recipient of numerous awards and fellowships. Before her selection as an astronaut, Dr. Whitson's NASA career included time spent as a researcher. She helped develop experiments to fly on the Space Shuttle.

served as the project scientist for the Shuttle-Mir programme and was the co-chair of the U.S.-Russian Mission Science Working Group.

Selected as an astronaut candidate in August 1996. Assigned to technical duties in the Astronaut Office Operations Planning Branch and served as the lead for the Crew Test Support Team in Russia from 1998-99.