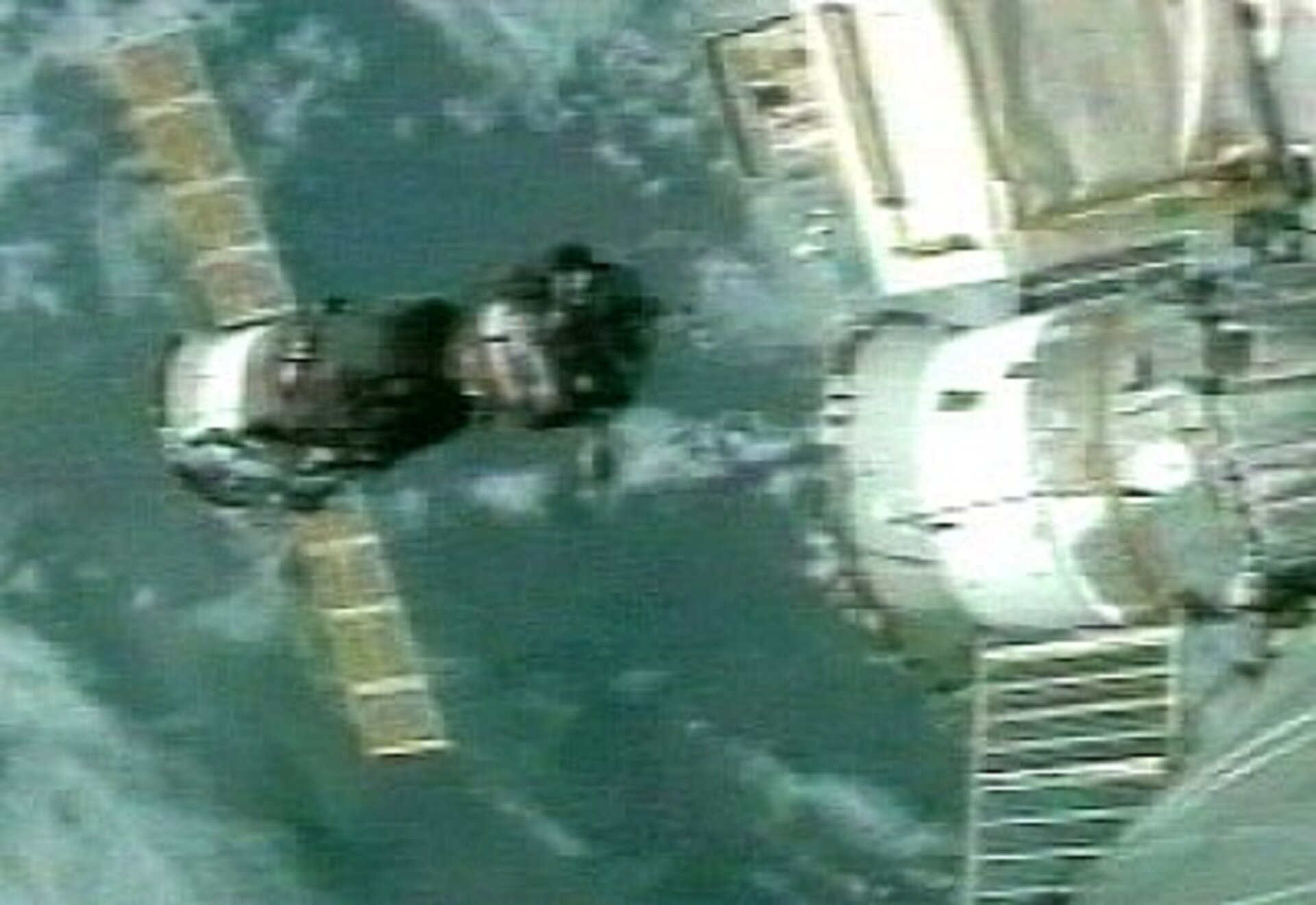 Docking of the Soyuz TMA-1 was performed without any manual intervention and was filmed from ISS using a camera mounted on the Canadarm. Before the new arrivals could enter the ISS, both the Soyuz crew and the ISS crew checked that the connection between the spacecraft was airtight.

At 07:26 CET the hatches between the spacecraft were opened and the Odissea Mission crew entered ISS. First to enter was Russian Soyuz commander Sergei Zaletin, followed by Flight Engineers Frank De Winne and Yuri Lonchakov.

Immediately after arrival, during a call to the Mission Control room in Moscow, the crew was congratulated on the success of their mission so far by two Belgian ministers Mr Picqué and Mr Ylieff and ESA Directors Mr Feustel-Buechl and Mr Poncelet.