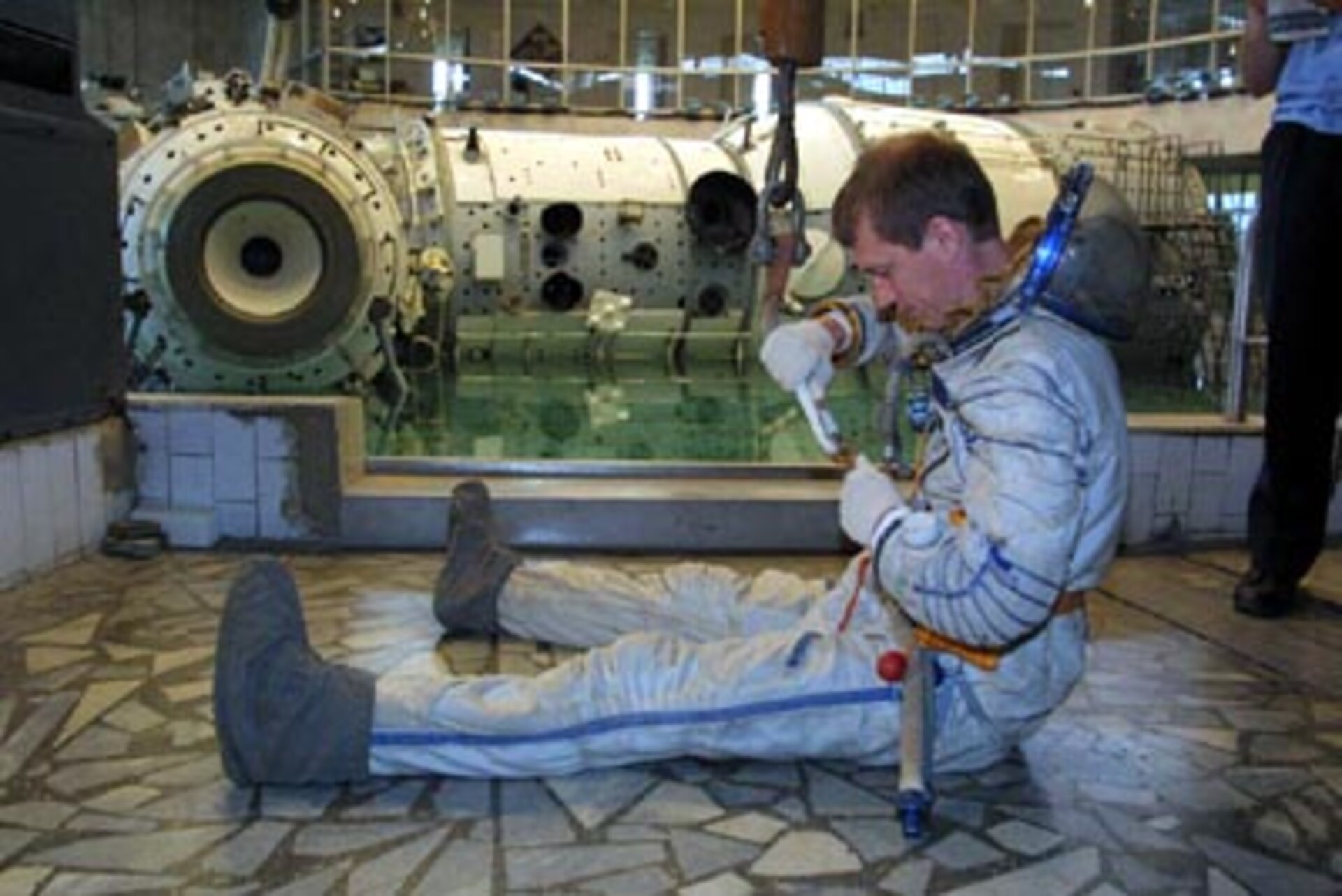 Today I had a very interesting day. This morning we trained in the Hydro Laboratory, which is normally used to train for spacewalks. It is a very deep swimming pool into which full-scale models of the Space Station can be lowered. Kitted out in spacesuits the crew can then practise certain tasks under conditions of near weightlessness before they have to perform them for real in space.

My training was different though. We were practising being rescued by helicopter. If the Soyuz lands in an inhospitable area or in the sea, the crew will be picked up by helicopter. It isn’t always possible to lower the rescue team to the ground, so the crew must be able to fasten themselves to the cable in order to be winched to safety. Hopefully nothing like this will happen, but it just goes to show that the crew is being prepared for every eventuality.

The first preparations for the day-to-day planning on board the Space Station are now also underway. The general tasks have been discussed as well as the daily schedule. All of this certainly makes you realise that the mission is only a few months away.

And finally this week we also rounded off the first in a series of medical tests. In order to interpret the data collected during the mission, the same tests are performed a few months beforehand. These test results will help the doctors and scientists to understand more about the influence of spaceflight on the human body. For example, one of the tests looks at the influence of weightlessness on the number of virus cells in the blood; this in turn can affect the cosmonaut’s immunity system.