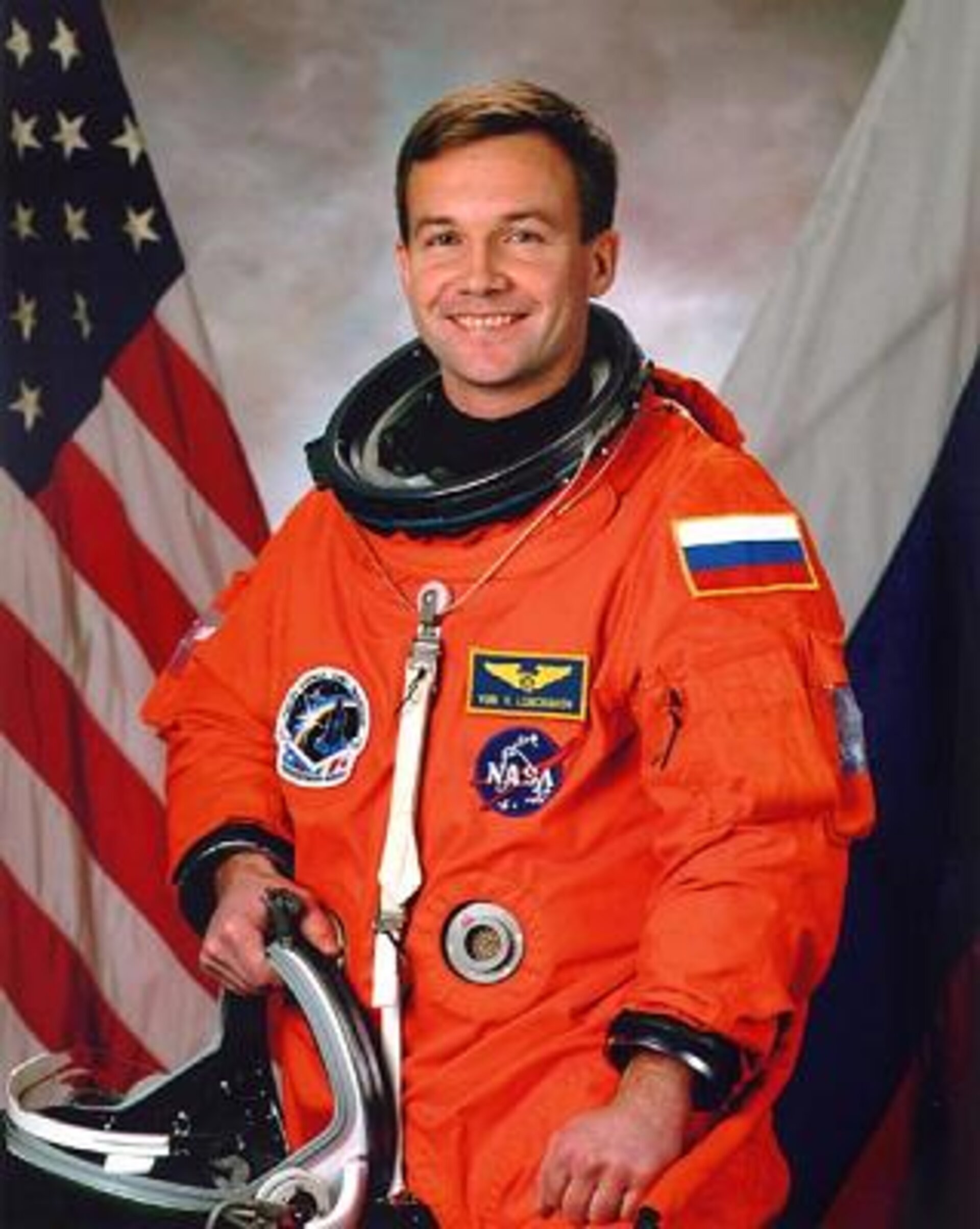 Flight Engineer for the Odissea Mission

Born 4 March 1965, in Balkhash, Dzhezkazkansk Region. He is married to Tatyana Alexeevna Lonchakova (Dolmatova). They have one son. His hobbies include books, travelling, downhill skiing, sport games.

After graduation from the pilot school he served as a second crew commander, crew commander, squadron senior pilot, aviation brigade commander in the Navy. He flew Yak-52, L-39, Su-24, A-50, L-29, Tu-134 and Tu-16 aircraft.

Lonchakov has logged over 1,400 hours of flight time. He is a Class 1 Air Force pilot. He is a paratroop training instructor and has made 526 jumps.

Lonchakov was selected as a test-cosmonaut candidate of the Gagarin Cosmonaut Training Center Cosmonaut Office in December of 1997.

STS-100 Endeavour (19 April to 1 May 2001) was the 9th mission to the International Space Station during which the crew successfully delivered and installed the Canadarm2 Robotic Arm supplied by the Canadian Space Agency. They also delivered more than 6,000 pounds of supplies and equipment from the Italian-built Raffaello Multi-Purpose Logistics Module. In completing his first spaceflight, Lonchakov traveled 7.9 million kilometres in 186 Earth orbits, logging 283 hours and 30 minutes in space.

Currently assigned as Flight Engineer for the 5S taxi-flight crew scheduled for launch to the International Space Station on 28 October 2002.