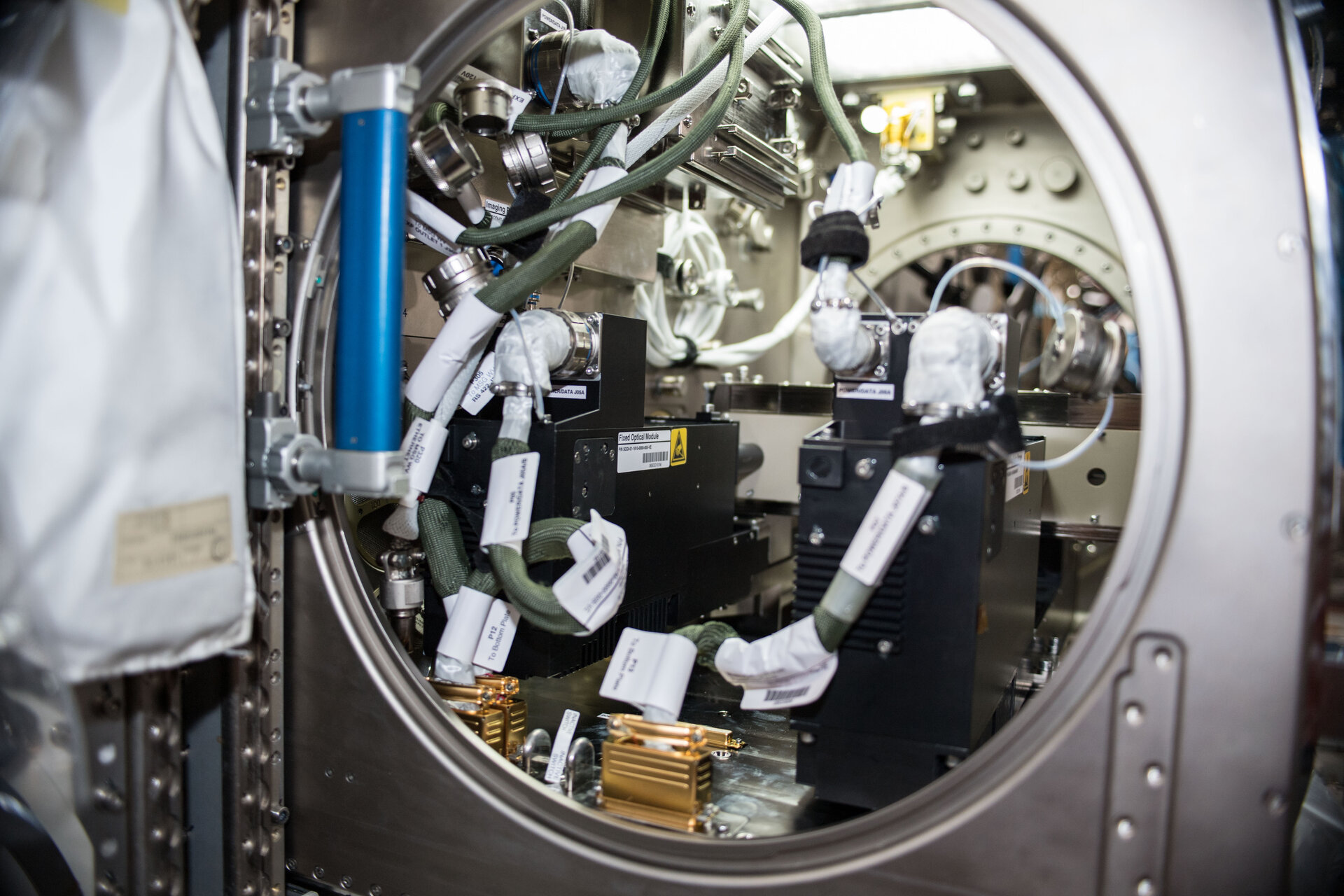 What started as an experiment to understand how to get the most out of oil reservoirs has spawned more investigations that are creating medicine with longer shelf life and is helping scientists understand how liquids mix on a molecular level.

Ten years ago ESA astronaut Frank de Winne installed the Selectable Optical Diagnostic Instrument (SODI) on the International Space Station. In its essence the instrument is an interferometer that shine a laser beam through liquid mixtures and compares it to another beam that does not pass through the sample. By comparing the time it takes to pass through the sample and air, researchers can record the mixing process itself.

The liquids of interest are mixtures of colloids, liquids with minute particles suspended in them. Most liquids can be considered colloids, from milk to oil. Never at rest, the components move continuously, influenced by movement (such as shaking and mixing), gravity and changes in temperature.

Researchers want to understand how these factors destabilise the mixtures but investigating the process on Earth is hampered by the pull of gravity. Running an experiment on the International Space Station removes gravity from the mix and allows us to focus on a single factor in the equation: temperature.

A number of liquids have been investigated over the years with the SODI hardware, all placed inside the European-built microgravity science glovebox on the Space Station. Once setup by an astronaut, containers holding the mixtures are inserted, and the experiments are controlled from Earth.

SODI has now investigated around 30 liquids in space and a next generation version is in the works that will investigate giant fluctuations of three different mixtures, an investigation that is not possible on Earth because these fluctuations are dampened by the gravity field.

“Results from the family of experiments can be used to develop better medication based on antibodies” explains Marco Braibanti, from ESA’s human spaceflight science team. “Antibody-based medicines can be designed to target specific areas in our bodies where an illness is instead of broad-spectrum medicine – so they are a promising technology for human health.

“Unfortunately antibodies have a short shelf-life. The company NanoTemper will use the data from these experiments to predict how the antibodies destabilise over time and is working on improving these next-generation medicines.”