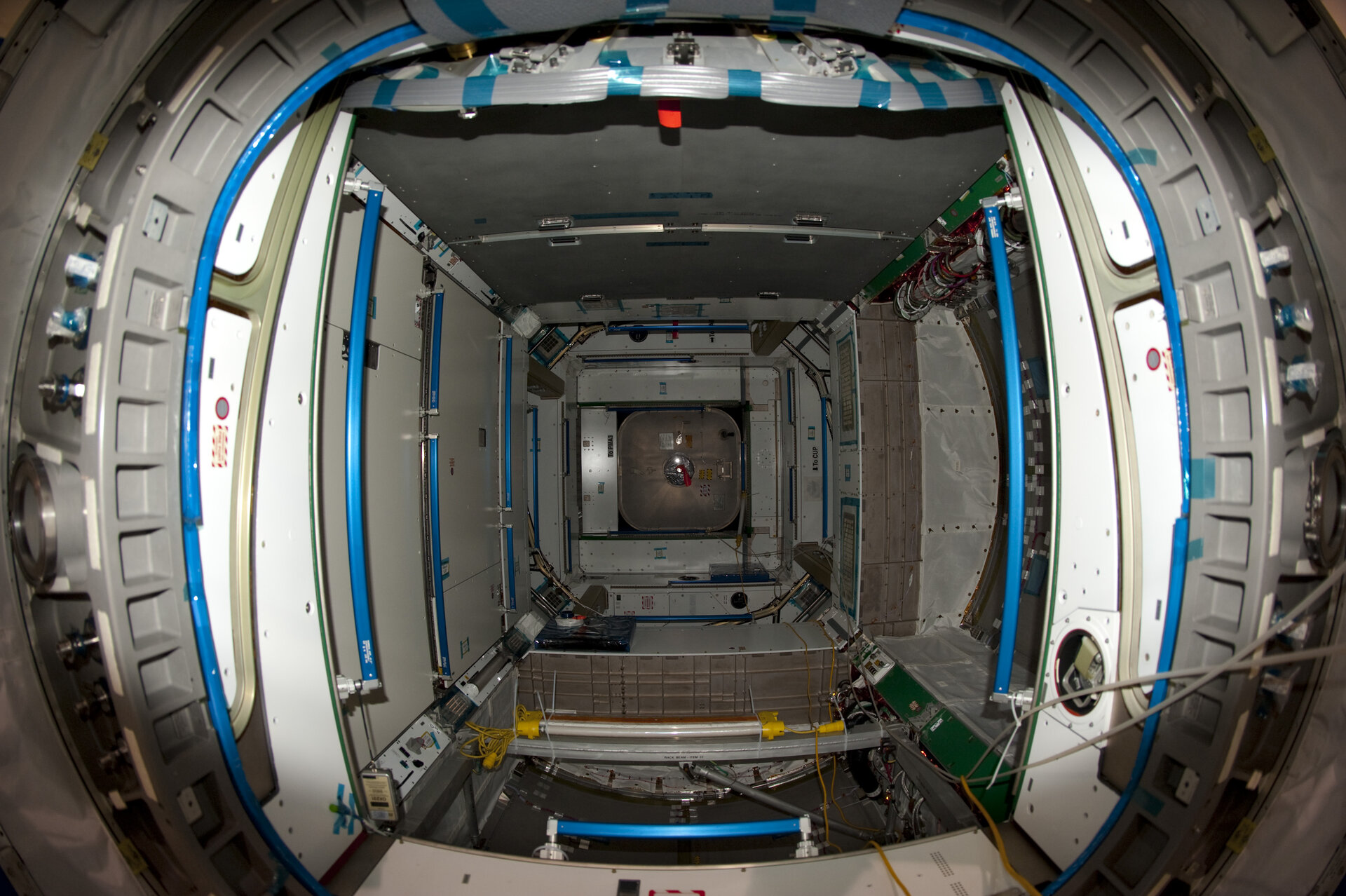 For launch, five of the eight rack locations in Node-3 will be taken up with two avionics racks and three racks containing pallets with equipment and cargo for the ISS. The three other locations are empty.

In its final on-orbit configuration, Node-3 will look slightly different. Cupola will be relocated to the Earth-facing port during the STS-130 mission. The three cargo pallet racks will be removed and returned on Shuttle flight STS-131 in March 2010. In the place of these three racks and the three empty rack locations will come six new racks that are already on the Station. These include the second Air Revitalisation System rack for air-composition monitoring and carbon dioxide removal; an Oxygen Generation System rack for oxygen and water; Water Recovery System Racks 1 and 2 for urine and water processing; a Waste and Hygiene Compartment Rack for crew waste and hygiene processing and a second treadmill.

Node-3 will also be outfitted with the Advanced Resistive Exercise Device for the crew. All these racks and equipment are required since the ISS crew number was increased from three to six in the spring of 2009.

For more detailed information about the racks, click the links on the left.

Node-3’s atmosphere is controlled in terms of air pressure, temperature, humidity, velocity, and particulate and microbial concentrations. Node-3 provides a pipe network for the distribution of water (for fuel cells, drinking, waste and processes) between Node-1 and Node-3 and within Node-3. It also provides the line for the transfer of pre-treated urine from the Waste and Hygiene Compartment to the Water Recovery System racks inside Node-3.

Two avionics racks accommodate almost all the electronic units for the command and data handling, audio and video functions, and for the conversion and distribution of the electrical power from the ISS solar arrays to the internal and attached elements. Command and control functions, as well as fault detection isolation and recovery algorithms, are provided by Node-3’s computers.