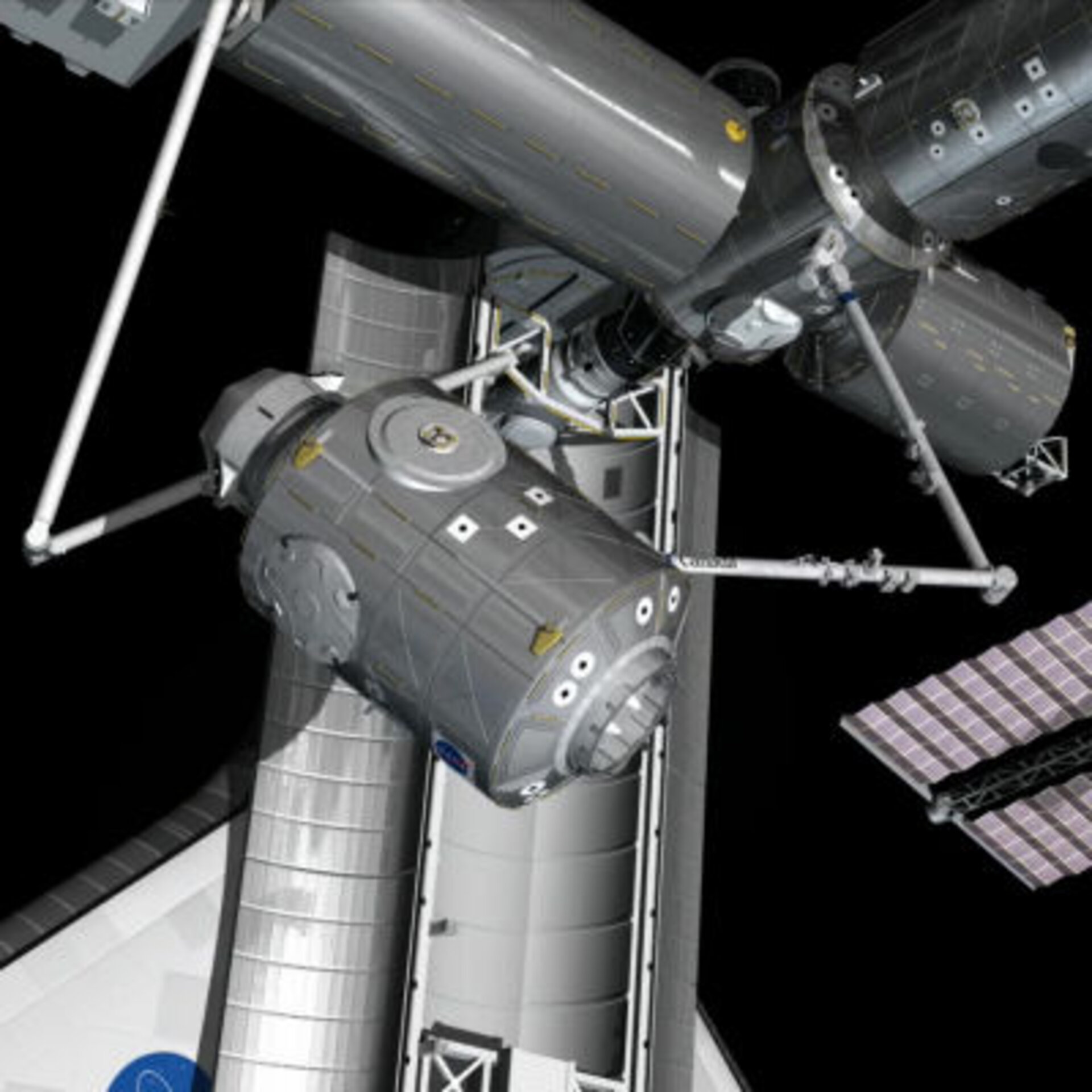 Almost exactly two years after the Columbus laboratory was added to the Space Station, the hi-tech Node-3, also ‘made in Europe’, was installed on the ISS this morning.

The new room with a view – the biggest window ever launched – means the astronauts will have better life-support systems, more exercise facilities and a wider view on space for monitoring, observing and relaxing.

After arriving at the International Space Station (ISS) on Wednesday morning and a full day of activities, astronauts Nicholas Patrick and Robert Behnken opened the Quest airlock hatch at 03:17 CET (02:17 UT) last night and started their spacewalk. They made their way to the Shuttle cargo bay for unberthing the combined Node-3 and Cupola. After removing the cover from Node-3’s docking port and disconnecting the cables that powered the Node’s heaters during the Shuttle’s cold journey, a signal was sent from inside the Shuttle to release the latches that held Node-3 in place.

Node-3 was then manoeuvred using the robotic arm from the cargo bay to its attachment point on the left side of Node-1 and became a part of ISS at 7:20 CET after firmly securing it to Node-1 with electronically-diven bolts. Once Node-3 was attached, the astronauts connected avionics and power cables.

Inside the ISS, the space between the hatches of Node-1 and Node-3 was pressurised. After leak checks, Node-1’s hatch was opened. Opening of the hatch to the new Node-3 is planned for Saturday morning.