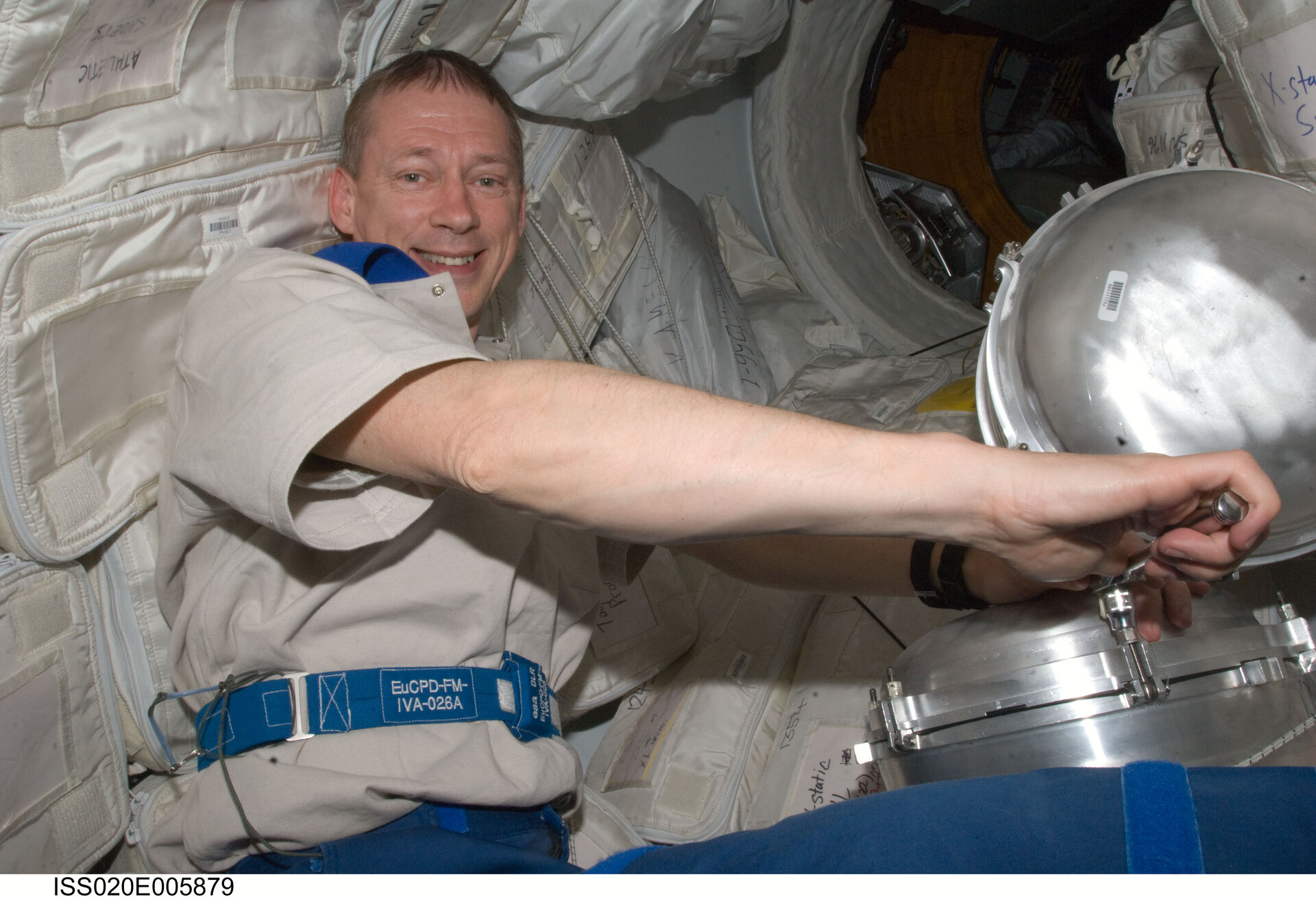 On Friday 12 June, as part of the Amateur Radio on the International Space Station (ARISS) programme, ESA astronaut Frank De Winne will contact two European schools for a question and answer session with students.

Radio amateur societies from the International Space Station (ISS) partner countries have set up ARISS (Amateur Radio on the ISS), a volunteering working group devoted to develop and put into operation the Station's onboard amateur radio station.

Thanks to the work of ARISS, astronauts on the ISS can communicate with the ground not only with dedicated networks run by space agencies, but also with amateur radio.

De Winne's first ARISS contact at 08:52 CEST (06:52 UT) on Friday is with the Liceo Scientifico 'A. Bafile' in L'Aquila, Italy. The contact will be between IZ6BAJ and OR4ISS. The participants are expected to conduct the conversation in English.

The second contact on Friday is scheduled to start at 13:38 CEST (11:38 UT) and is with children from the Vrije Basisschool Terbank-Egenhoven, in Heverlee, Belgium. This contact will be a telebridge. Radio contact will be established between groundstation ON4ISS and onboard station OR4ISS. The participants are expected to conduct the conversation in Dutch.

For both contacts the downlink signals will be audible all over Europe on 145.800 MHz FM. The contact with Liceo Scientifico 'A. Bafile' at 08:52 CEST can also be followed live via web streaming at: http://www.livestream.com/isscontact/

ESA astronaut Frank De Winne is one of a crew of six currently living and working on the International Space Station. He is scheduled to remain in orbit until the end of November this year.

During his mission, named OasISS, De Winne will use the scientific facilities of the ISS, especially the European Columbus laboratory, to undertake a European programme of scientific experiments and technology demonstrations.

Following a crew rotation in October, he will also become the commander of the Station until his return to Earth in November. He is the first European to take on this role.

ESA views education as a valuable aspect of its human spaceflight missions, helping to inspire the youth of today. As such, the OasISS mission will be the prime focus of ESA’s education activities during the mission.

Other ARISS sessions with schools are planned during De Winne's stay on the ISS – the next one is scheduled for 27 June.