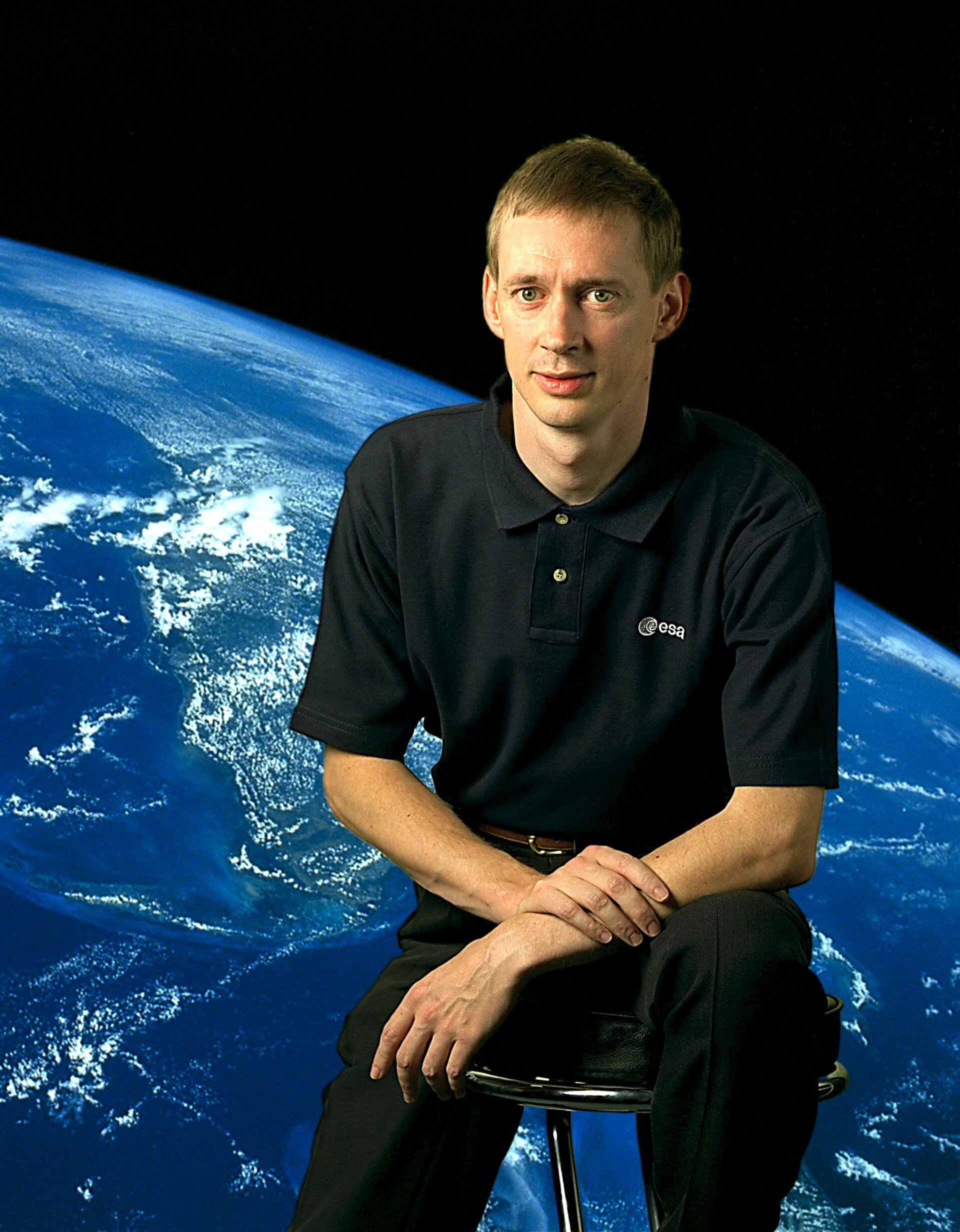 ESA PR 09-2008. With the Columbus mission well under way, the space station programme has assigned crews for the next flight opportunities. Belgian ESA astronaut Frank De Winne joins Expedition 19 and will spend six months on the ISS in 2009. In May 2009, he will fly together with Russian cosmonaut Yuri Lonchakov and Canadian Space Agency astronaut Robert Thirsk on a Russian Soyuz spacecraft to the ISS.

The arrival of Frank De Winne and his two crewmates will for the first time expand the station’s crew size to six. They will join Russian cosmonaut Gennady Padalka, the Expedition 19 commander, and NASA astronauts Michael Barratt and Nicole Stott. By then, the Japanese Kibo laboratory will also be attached to the ISS.

Frank De Winne has been back-up for French ESA astronaut Léopold Eyharts for the ongoing Columbus mission. Like Eyharts, De Winne trained on the Shuttle, the ISS and on Columbus and the ATV. He is therefore already very familiar with those spacecraft. Moreover, he spent 12 days in space and onboard the ISS in 2002 for ESA and Belgium’s Odissea mission. On 30 October 2002, he launched with the new Russian Soyuz TMA-1 spacecraft from Baikonur Cosmodrome in Kazakhstan; during that mission, Frank De Winne carried out a complete package of scientific experiments, technology demonstrations and education activities.

The back-up for Frank De Winne for the second European long-term mission to the ISS in May 2009 will be André Kuipers, ESA astronaut of Dutch nationality. Kuipers has also already been to the ISS. He flew in April 2004 on the Russian Soyuz TMA-4 spacecraft and spent 12 days in space during the Delta mission. Like De Winne he conducted a fully-fledged package of scientific experiments, technology demonstrations and education activities.

Once the European Columbus laboratory has been attached to the ISS, ESA will not only be an essential operational partner in the ISS, but will also have a 8.3% share in the station's resources. The corresponding share in crew time allows ESA to send one European astronaut for a six-month stay on the ISS every second year. Frank De Winne’s flight is based on this part of the agreement between the ISS programme partners. He will conduct scientific experiments, technology demonstrations and educational activities during his stay on the ISS, along with various operational tasks on all the station's international elements.