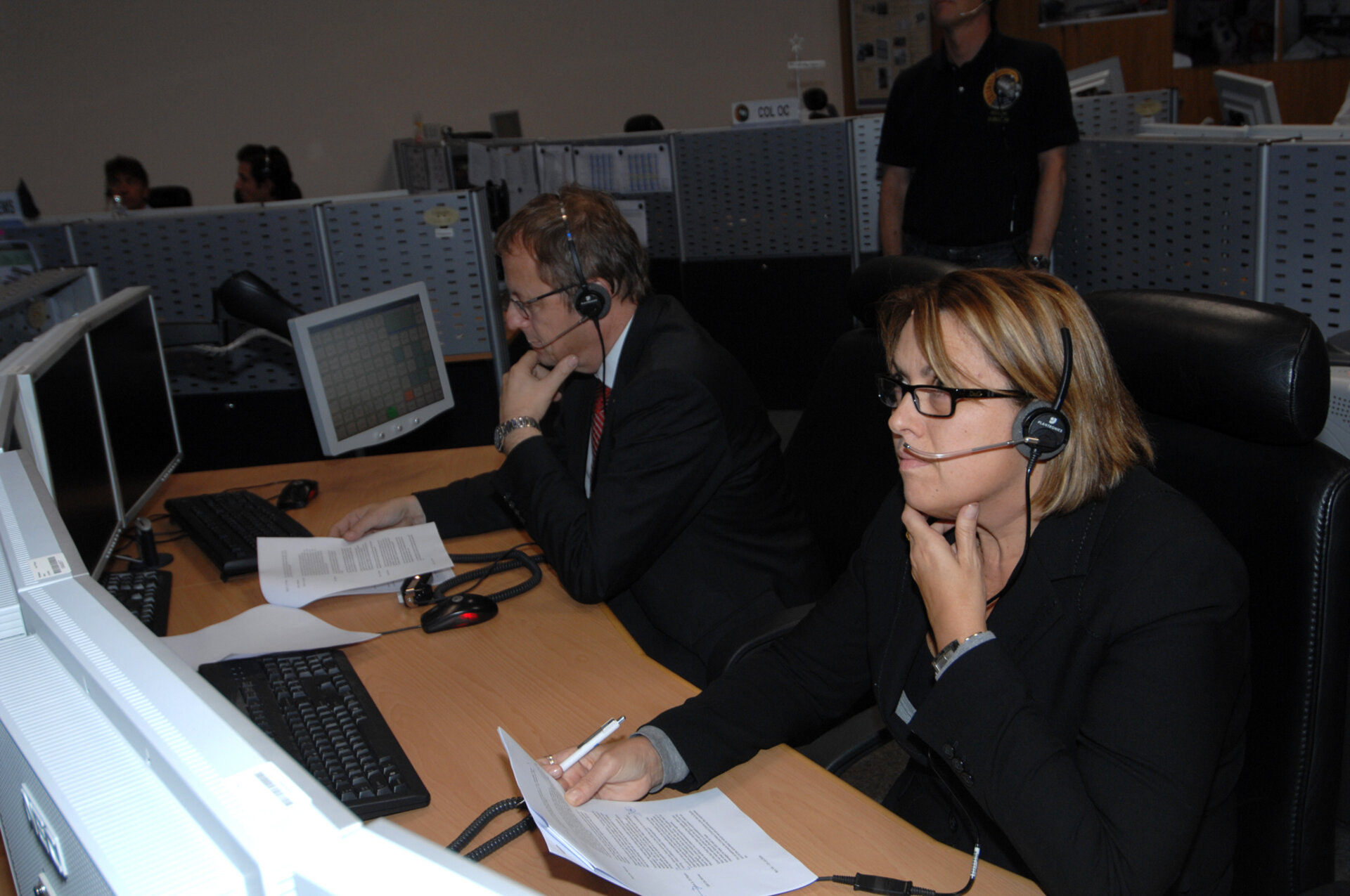 Last Sunday, ESA astronaut Frank De Winne took over the command of the International Space Station - the first non-American and non-Russian to take on this role. This represents another milestone for Europe and ESA in human spaceflight and exploration. To celebrate this achievement, ESA held an inflight call event at the Columbus Control Centre in Oberpfaffenhofen, Germany.

“One more achievement, one more premiere for Europe, ESA and human spaceflight and exploration: the commandership of the International Space Station is today the responsibility of a European astronaut, Frank De Winne from Belgium. We are confirming our ever increasing momentum,” said Simonetta Di Pippo after the event. “Is there a better way to start this month that will see the first ESA/EU International Conference on Human Space Exploration?”

“This commandership couldn’t occur at a more appropriate moment as we are enjoying the flawless working of the European laboratory Columbus, harvesting a wealth of data and research results, we are working relentlessly towards the launch readiness of ATV Johannes Kepler, we have a new generation of European astronauts in training. It is a well deserved confirmation of the quality of our effort,” said Di Pippo. “It bodes well for the future of Europe in human spaceflight and exploration.”

During the inflight call Di Pippo congratulated De Winne on his achievement of becoming the first European commander of the ISS. De Winne in turn made it clear that this is the result of the outstanding cooperation of all international partners involved. He thanked all space agencies involved for their support and especially pointed out the role of the Columbus Control Centre and its staff who have been operating the Columbus module 24 hours a day throughout the last years.

After the conversation with Di Pippo and Wörner, international media present at the Columbus Control Centre were invited to pose questions to De Winne and his crew.

At the end of the event Di Pippo pointed out the important role of ESA astronauts and said: “The astronauts are our best ambassadors especially when they are recognised by their peers. Through them ESA is entrusted with such a great responsibility as the ISS commandership. Frank De Winne is performing a great mission, Roberto Vittori, Paolo Nespoli and André Kuipers are training for future missions (two in 2010, one in 2011) while we have just brought forward flight opportunities for ESA to early 2014. Our new recruits are progressing well in their basic training. We will be important players in global human spaceflight and exploration for many more years to come.”