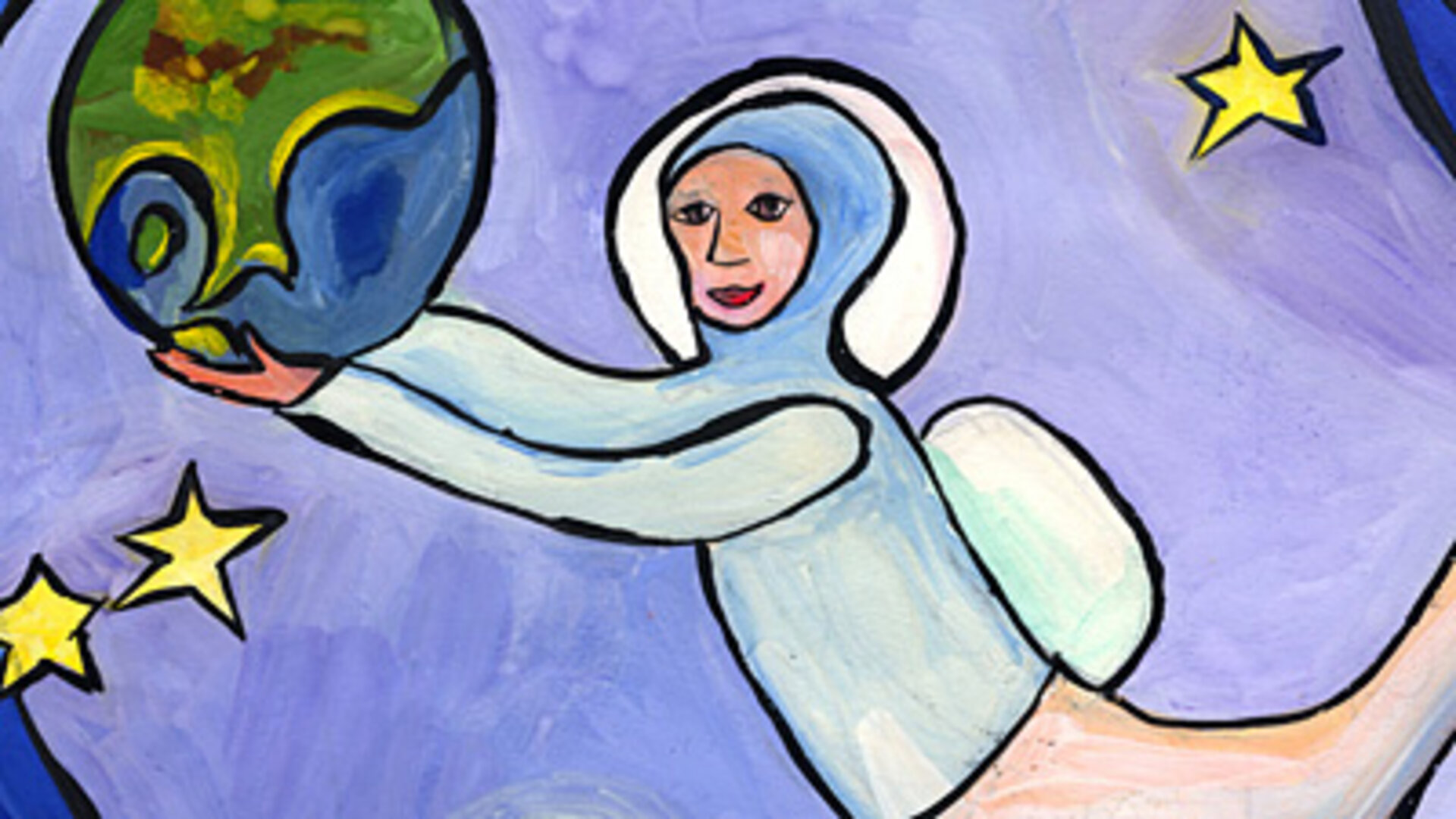 It was a tough choice for the jury to make. Within just a few weeks of launching the competition, over 2000 drawings were received from primary school children eager to see ESA astronaut Frank De Winne wearing their t-shirt in space. Today, ESA is proud to announce the names of three winners.

Launched last September, the competition invited school children aged 6-12 to design a t-shirt for Frank De Winne to wear during his long-duration mission to the International Space Station next year.

During his six-month mission in space, De Winne will conduct scientific experiments developed by scientists from different countries worldwide and he will also teach lessons to children on the ground. On this occasion Frank De Winne will wear t-shirts displaying the drawings by Alexandra, Bruno and Iman.

The winners ideally represent all European primary school children. ”It was impossible to select only one winner,” explains Piero Messina, Head of the Coordination Office in ESA's Directorate of Human Spaceflight which organised the competition.

“We had an enthusiastic response. We have received hundreds of drawings from children of various ages and from all over Europe. Surprisingly, we also received some drawings from Colombia. All of them were indeed very good. Space is an inspiring subject for children: they are the next generation of explorers. Space represents for them the next natural frontier.”

Three radio links with the International Space Station will be organised, one for each class: the winners, together with all their classmates, will have the opportunity to talk to Frank De Winne in space, when he will personally congratulate them.

A selection of drawings is available online: Your pictures »»