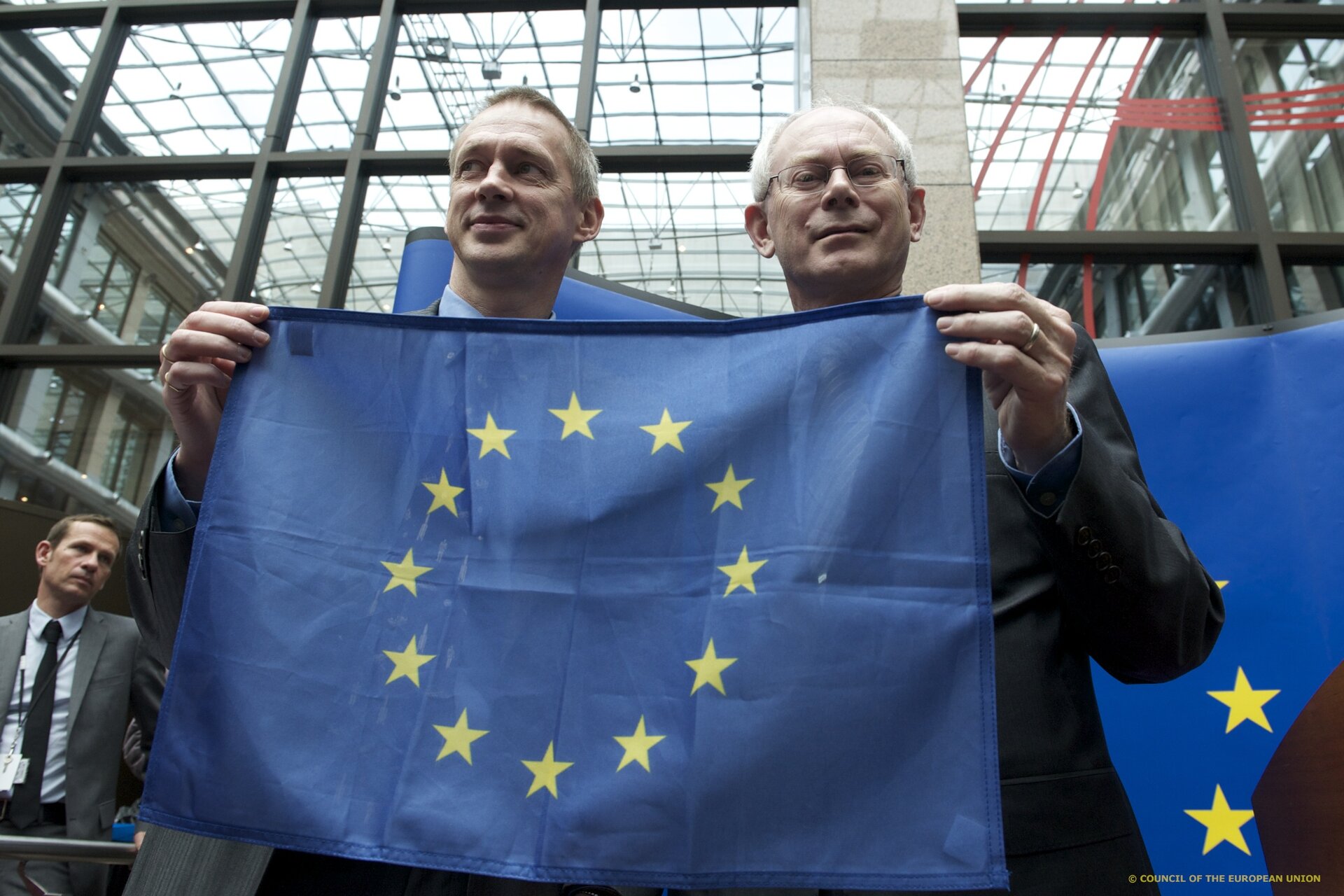 On the occasion of the Open Day at the European Institutions in Brussels on 8 May, ESA astronaut Frank De Winne met the President of the European Union, Herman van Rompuy, and handed over a very special European flag.

Frank De Winne carried a European flag with him to the International Space Station during his mission in 2009. For the first time, he used this flag in combination with the ESA flag as a backdrop for his message appealing to European citizens to make their voice heard at the 2009 European elections.

A European flag, with its blue sky and stars representing the peoples of Europe, was not only an appropriate symbol to be carried in space, but also strongly signalled Europe’s presence in space.

The 1955 description of the flag looks to the future, too: the 12 signs of the zodiac represent the whole Universe and the 12 gold stars stand for all the peoples of Europe.

The handing-over ceremony was an excellent opportunity for former ISS Commander De Winne to talk about the achievements of his mission and the benefits of human spaceflight for European citizens.

After his long OasISS mission, Frank is undertaking rehabilitation, debriefings and outreach activities.

On 19 November 2009, Herman van Rompuy was elected by his fellow Prime Ministers as the first permanent President of the European Council under the Treaty of Lisbon. Until that treaty, the position rotated among the Prime Ministers of the Member States for six months each. Now they choose a President of their meetings for 30 months, renewable once.