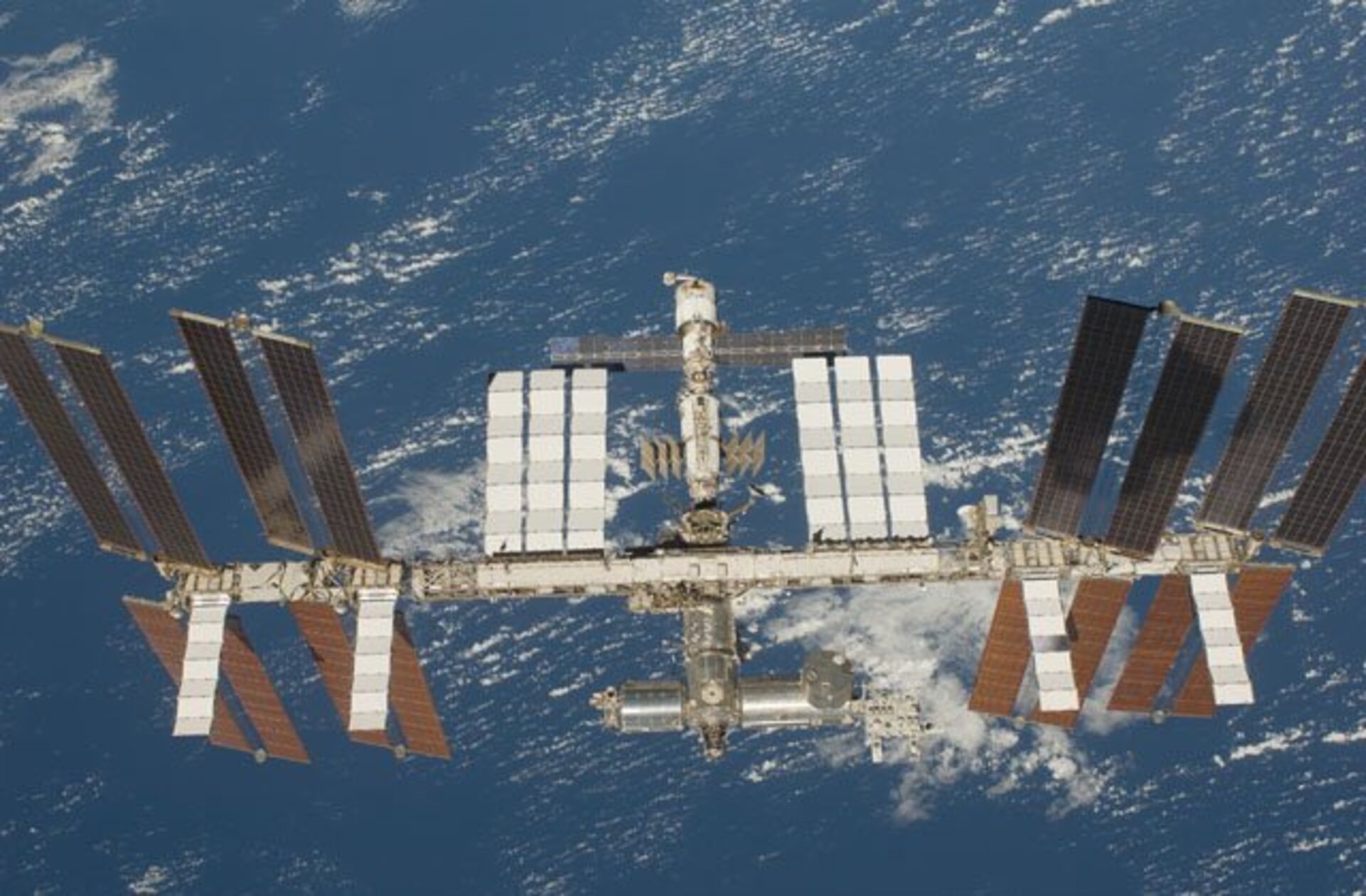 Soon I will receive more visitors. The launch of Space Shuttle Discovery to the ISS with a crew of seven is scheduled for 25 August. Later on 10 September, Japan will send its first unmanned cargo spacecraft to the Station - the H-II Transfer Vehicle (HTV).

Discovery will transport the European-built Leonardo cargo module to the ISS, returning it to Earth on 7 September. Inside Leonardo will be racks with life support systems and scientific experiments. Built in Italy, there are three of these cargo carriers; they have been given the entertaining names Leonardo, Donatello and Raffaello.

With the arrival of Discovery, for the second time during my mission, there will be thirteen of us on the International Space Station. My ESA colleague Christer Fuglesang will also fly on Shuttle flight STS-128 (ISS assembly flight 17A). So there will be two ESA astronauts in space at the same time. This is symbolic of the important European contribution to the ISS programme.

Christer's mission has been named Alissé, a reference to the alizé trade winds that carried 15th century explorers to the New World in the footsteps of Christopher Columbus. Like me, this will be Christer's second visit to the ISS. He was here in 2006 when he became the first Swede in space. Just like then, he will again take part in a couple of spacewalks.

I have been helping prepare for the arrival of Discovery. Amongst other things, we have collected together all the equipment that Discovery will return to Earth.

In my last diary entry I already described how I will operate the Station's robotic arm, Canadarm2, to help dock the Japanese HTV spacecraft with the Harmony module when it arrives in September. During the past week, together with Mike Barratt, I have been practising for the rendezvous and docking of HTV.

Here in space I am also doing a lot of science. One of the facilities I use is the Microgravity Science Glovebox (MSG), which is located inside the European Columbus laboratory.

With a volume of 255 litres, MSG provides a safe and totally isolated environment in which to carry out all kinds of experiments. MSG was developed by ESA. To protect the hardware and the experiment samples, we work with our hands pushed inside the gloves attached to this 'glovebox'.

Earlier in August I used MSG for an experiment called Investigating the Structure of Paramagnetic Aggregates from Colloidal Emulsions, known as InSPACE 2 for short. The purpose of this experiment is to collect data about very special fluids, ones that change their properties in the presence of a magnetic field.

This experiment is about 'smart' materials that become solid in the presence of a magnetic field and are fluid when the magnetic field is no longer present. These materials can be put to many uses, including the development of new brake systems, robotics, landing gear for aircraft and systems to dampen vibrations.