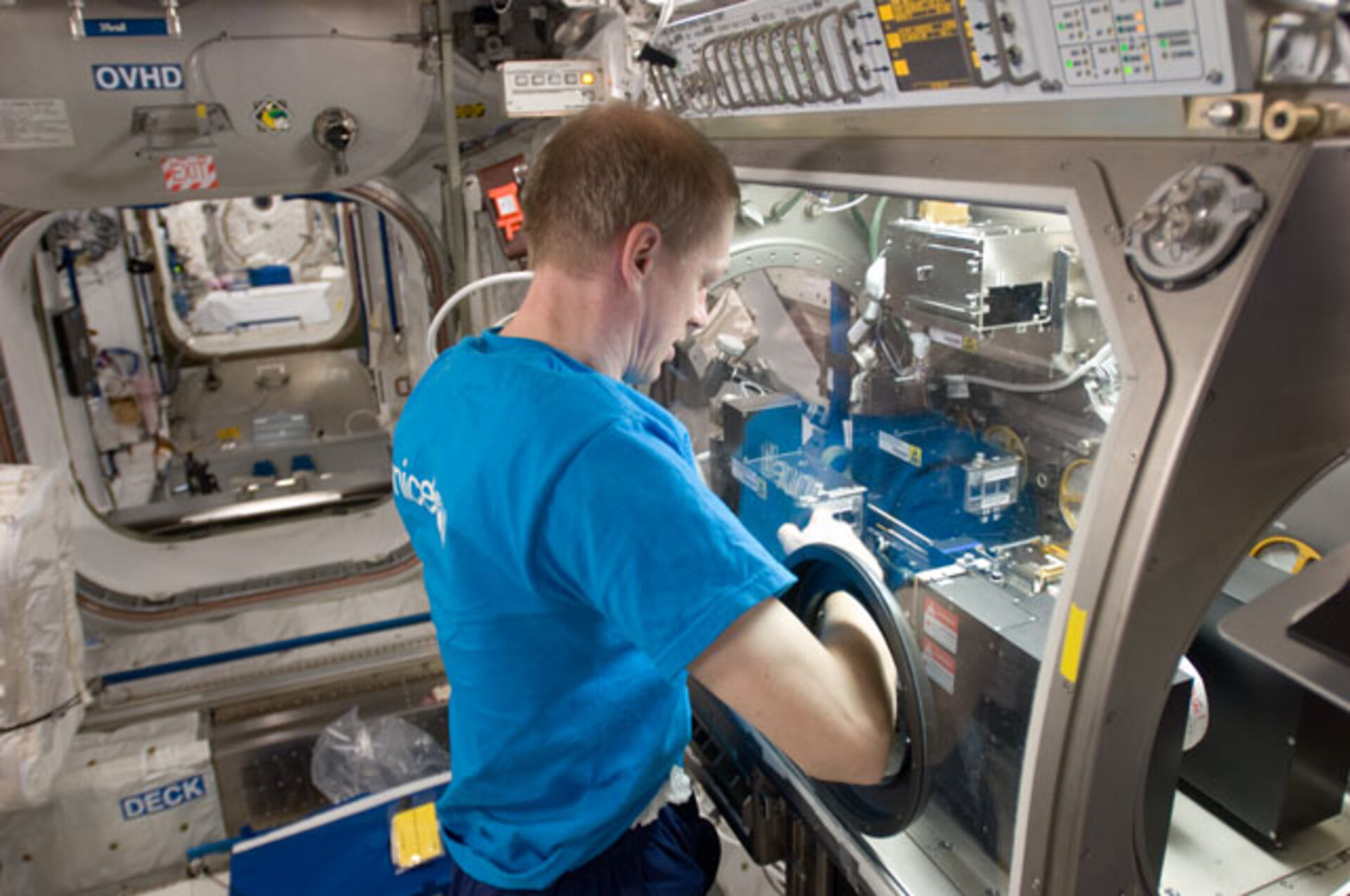 In my last diary entry I wrote about the Japanese H-II Transfer Vehicle (HTV-1) docking with the International Space Station. I have since used the Japanese robotic arm to transfer equipment from the HTV to the Japanese Kibo laboratory. Meanwhile we have received more visitors and I have become the first European ISS Commander.

One week after HTV-1 docked with ISS, my Canadian colleague Bob Thirsk and I used the Station's Canadian robotic arm to remove an external pallet with Earth observation experiments from the HTV. Bob then handed the pallet to the Japanese robotic arm, which I operated together with Nicole Stott. We then placed the experiments on the external platform (known as the 'veranda') on the Japanese Kibo laboratory. A day later we performed the operation in reverse, returning the empty pallet to the HTV. One of the experiments will study the oceans and atmosphere. The other will detect trace gasses in the ozone layer.

I have also spent quite some time helping to unload the 3.5 tonnes of cargo the HTV delivered to the ISS. The cargo consists of food, equipment, supplies for the crew and computer hardware.

On 30 September, the Soyuz TMA-16 spacecraft launched from Baikonur Cosmodrome in Kazakhstan, the exact same place where I launched from on 27 May.

On board were the Russian cosmonaut Max Suraev, the NASA astronaut Jeff Williams and Canadian spaceflight participant Guy Laliberté. Two days later the Soyuz docked with the Station – which was a first: for the first time there were three Soyuz spacecrafts docked to the ISS.

Suraev and Williams replace Russian cosmonaut Gennady Padalka and NASA astronaut Michael Barratt as members of the six-strong ISS Expedition crew, now the 21st since the start of ISS missions in 1998. Padalka and Barratt returned to Earth on 10 October together with Laliberté.

Laliberté is the founder of the world-famous Cirque du Soleil. He used his mission to spread the message about giving everyone access to drinking water, a theme close to my heart - as reflected in OasISS, the name of my own mission.

After the departure of the previous commander, Padalka, I am now ISS Commander for Expedition 21. The crew consists of me, Max Suraev, Jeff Williams and the other remaining members of the Expedition 20 crew, Roman Romanenko, Bob Thirsk and Nicole Stott. It is a very special experience!

As ISS Commander I am responsible for the daily operations on the Station and for ensuring the crew works as one integrated team. This is by far the most important task, to make sure that the atmosphere amongst the crew is such that everyone can perform their tasks to the best of their abilities.

I have also heard that I will return to Earth with the Soyuz TMA-15 on 1 December, that's one week later than originally planned.

Finally I want to mention how much I enjoyed participating in the ISS Day in Brussels on 6 October. Schoolchildren aged 10 to 12 from Belgium's three communities learnt about life on board the ISS. This is very important, as without them we won't find the explorers and space travellers of the future.