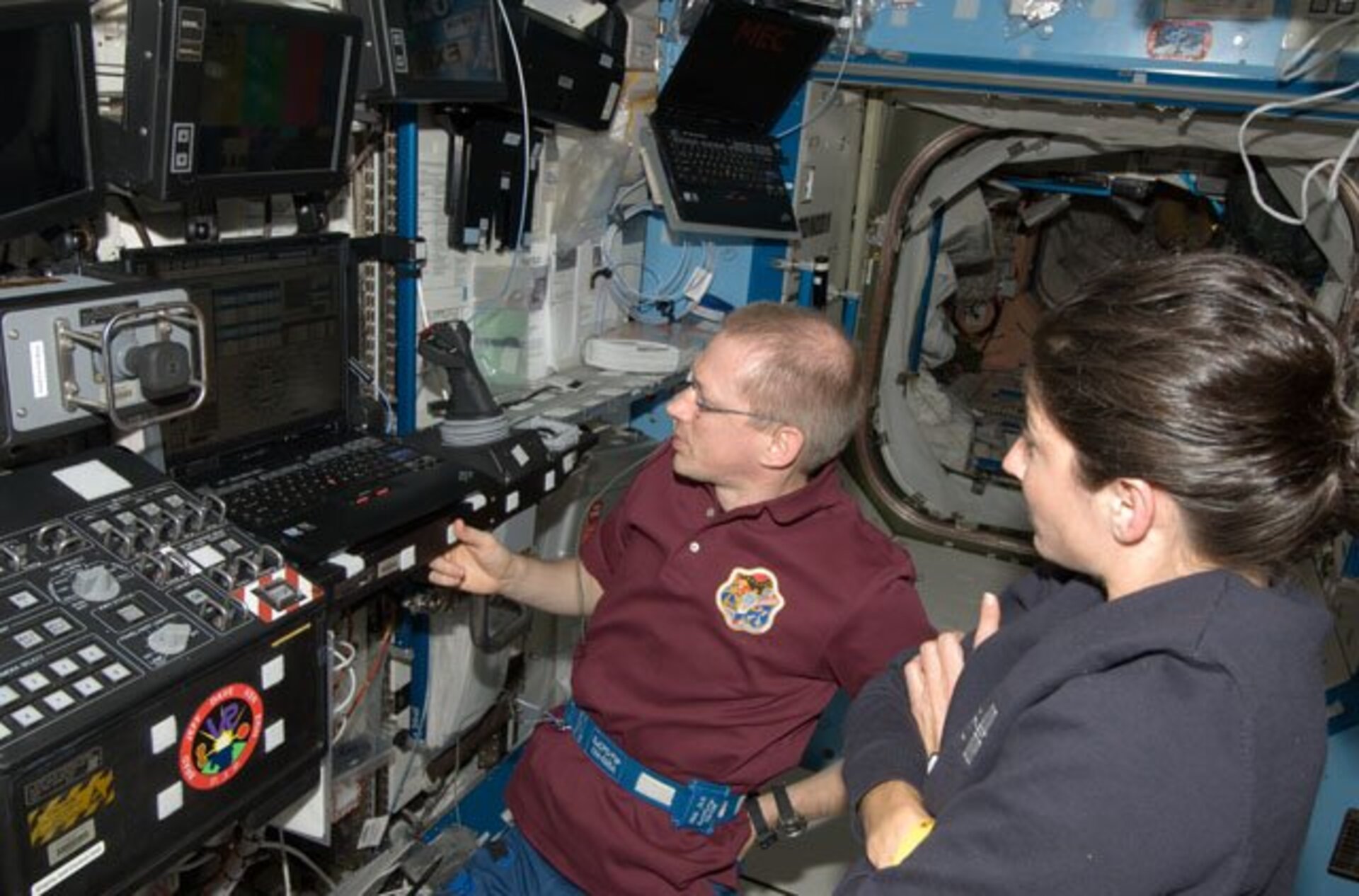 As will have been apparent from my previous diary entries, there's not a moment to get bored here on the International Space Station. At the end of last month we said farewell to the unmanned Japanese cargo spacecraft HTV-1. Since then the Station has become even bigger.

Just as for the berthing of the Japanese H-II Transfer Vehicle (HTV-1), I was also involved in its unberthing on 30 October. Together with my colleagues Nicole Stott and Robert Thirsk, I used the Station's robotic arm to detach the HTV - loaded with more than one and a half tonnes of waste and unwanted items - from the ISS. Leading up to this I helped with preparations for the departure of HTV, amongst other things we had to close the hatch between the ISS and HTV.

In all HTV was attached to the ISS for about one and a half months. On 2 November, the spacecraft burned up (intended) in Earth's atmosphere high above the Pacific Ocean. For Japan, this was one of the most spectacular missions they have ever conducted and for me it was a very special experience to get to use both the Station and Japanese robotic arms. Spaceflight has become a very international endeavour...

30 October was also a very special anniversary for me. Exactly seven years ago on that day, I launched to the ISS for the first time on my Odissea mission. That was a relatively short spaceflight of just under two weeks, very different to my half-year stay this time around! The ISS has also grown considerably in size during that time.

The newest addition to the Station is the Russian Mini-Research Module 2 (MRM-2) which was launched to on 10 November from Baikonur Cosmodrome and attached to the Russian Zvezda module two days later. MRM-2, also known as 'Poisk', which means search or seek, is the first significant Russian addition to the Station since 2001. Poisk provides the ISS with an additional docking port for the Soyuz and Progress spacecraft and as an airlock for spacewalks. The small module has a diameter of just 2.6 m, is 4.6 m in length, weighs about four tonnes and provides us with some extra space for scientific equipment. With the docking of Poisk, we have received an additional 12.5 m3 of living space on the ISS.