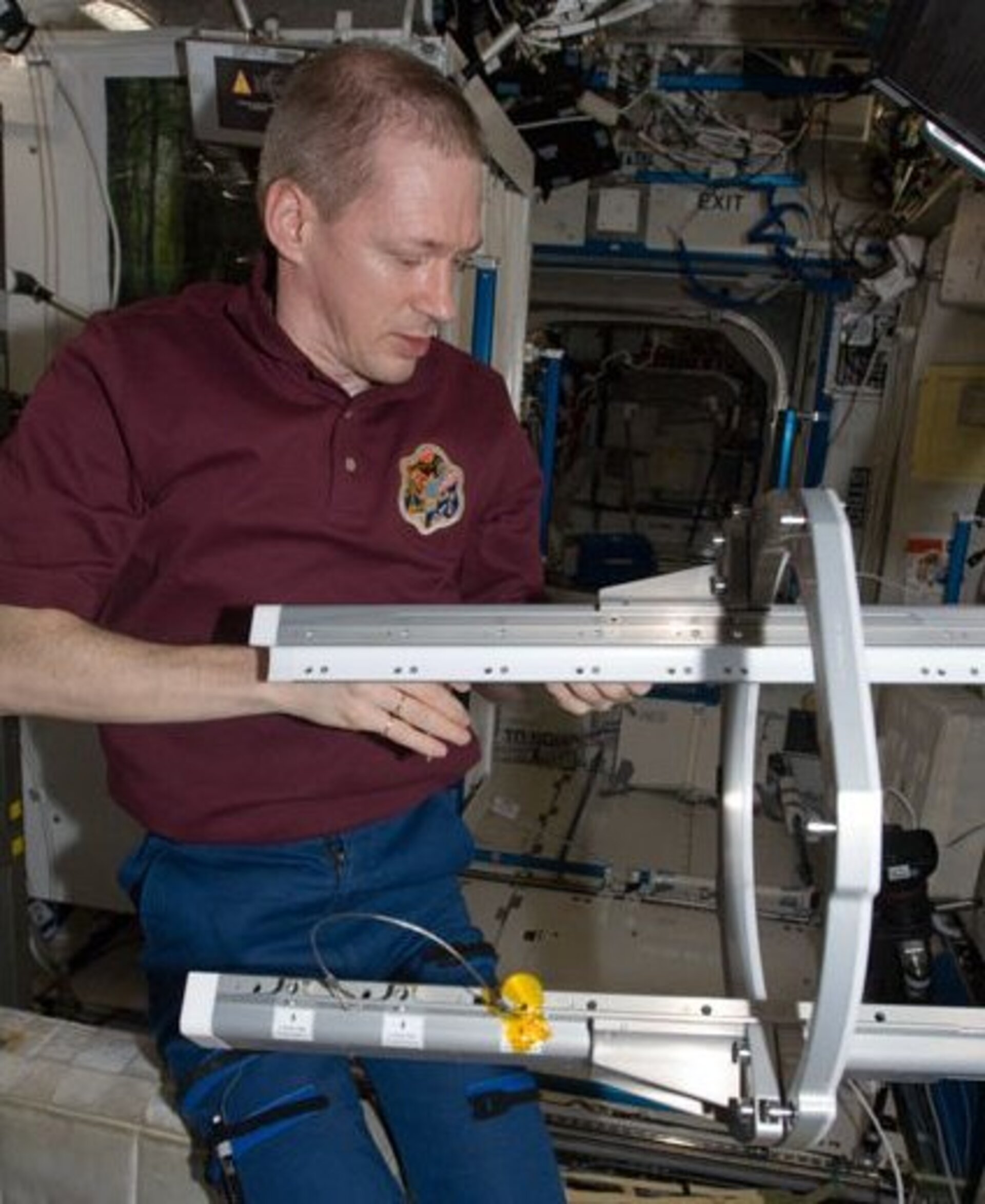 It is exactly five months ago today that I launched to the International Space Station from Baikonur Cosmodrome. In just over one month I will return to Earth again. But there's a lot to do before then!

In the past week I participated in several public relations events to mark my becoming ISS Commander. It is a big honour for Europe and for the European Astronaut Corps, but of course, also for me personally. Although in reality, not a lot changed as far as everyday work goes. I do have to make sure I keep an eye on the clock though as I have to lead the morning and evening planning conferences.

In space we conduct research in a wide variety of areas. One important area of research looks at how the human body reacts to weightlessness. Together with Bob Thirsk and Jeffrey Williams, I have just participated in the SLEEP experiment, which stands for Sleep-Wake Actigraphy & Light Exposure during Spaceflight. We have a special device that, amongst other things, measures our sleep patterns.

In our Space Station crammed full with all its technologies, it isn't so surprising that something breaks down now and then. I've already mentioned this in previous diary entries. Recently it was MELFI-2 (Minus Eighty degrees Laboratory Freezer for ISS-2) that was playing up. We had to replace an electronics box.

In doing this a few litres of coolant escaped, so we had to clean up. Free-floating water can pose a big problem in the ISS with all the electrical cables and connectors everywhere. Fortunately Jeff and Nicole [Stott] were immediately on hand to help me fix the leak and clear up the water. Meanwhile I have managed to fix the MELFI and it is working fine now.

On 17 October we received a visitor. Not astronauts this time, but an unmanned Russian Progress M-03M (of 35P) that docked with the ISS.

The Progress spacecraft are regularly used to resupply the ISS. This Progress has 2.5 tonnes of supplies on board, including nearly 800 kg of spare parts, life support equipment and other hardware, 870 kg of fuel and 420 kg of water.

A few days from now we will unberth the Japanese H-II Transfer Vehicle (HTV-1) from the ISS. Filled with unwanted waste from the Station, the cargo spacecraft will then burn up on reentry into Earth's atmosphere. Nicole and I have already spent quite some time practicing procedures to detach HTV-1. I have also spent many hours transferring cargo between HTV and the ISS, in particular to the Japanese Kibo laboratory.