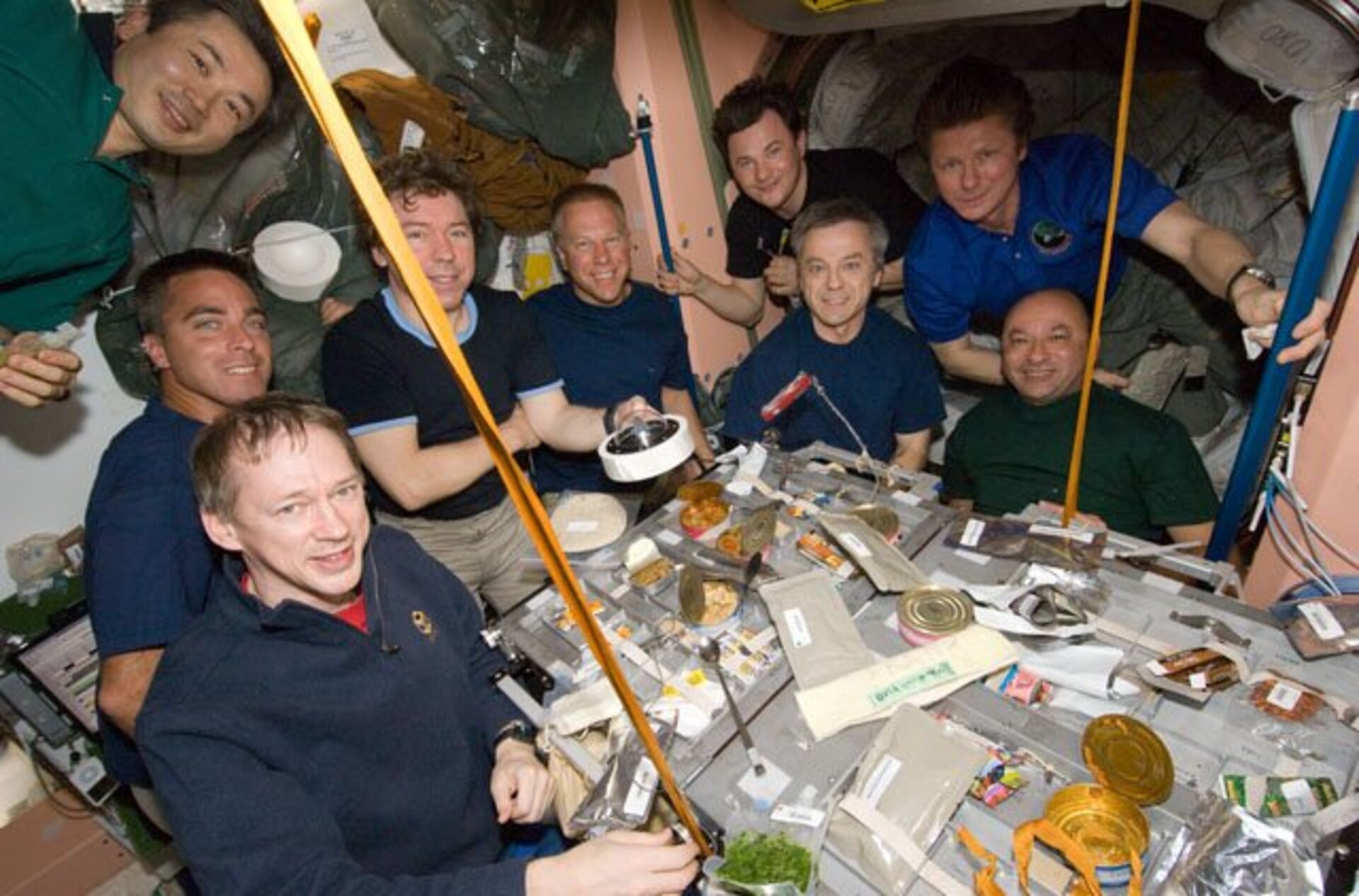 I had really been looking forward to receiving a visit from seven astronaut colleagues here on the International Space Station. Such a visit always makes a welcome change during a long-duration stay in space.

My patience was fully put to the test though. They should have launched on 13 June. But a hydrogen leak and then bad weather kept them on the ground for slightly longer.

Finally they launched with Space Shuttle Endeavour from Cape Canaveral, Florida, on 15 July. With five spacewalks and the completion of the Japanese Kibo laboratory there was a lot of work to be done during their 16-day STS-127 mission (also known as ISS assembly flight 2J/A).

Endeavour docked with the Station on 17 July. My five Expedition 20 crewmates and I were finally able to welcome the seven Endeavour astronauts on board the ISS. And so, for the first time ever, there were 13 people on one spacecraft. For the first time there were 13 of us around the dining table in Unity. It was a special feeling of life, noise and fun!

On 20 July it was 40 years since Neil Armstrong became the first man to walk on the Moon. A very special anniversary! Ten years from now there will once again be Earth-dwellers walking on our space neighbour. No doubt our work on the ISS will help to make a return to the Moon a little bit easier.

Meanwhile there’s plenty of work to be done on the Station. Not only are we carrying out experiments, but also all kinds of other tasks. Including the repair of the Advanced Resistive Exercice Device (ARED) that we use to perform our daily exercise. We use it to perform some of about two and a half hours of exercise every day.

The advantage of ARED is that we can do many different exercises with just one piece of apparatus. Exercising with ARED helps us counteract bone loss and it also stimulates our muscles. This power training is important when you stay in space for a long time.

ARED works just like a piece of gym equipment on Earth, but here in space the weights are replace by vacuum cylinders. They work more or less like a bicycle pump, but then in reverse. I tested ARED together with my Canadian and Japanese crewmates, Wakata and Thirsk.

The Endeavour crew safely returned to Earth on 31 July, landing again at Kennedy Space Centre in Florida. NASA astronaut Timothy Kopra has stayed behind on the ISS, joining us in the Expedition 20 crew, whilst my Japanese crewmate Koichi Wakata returned to Earth with Endeavour.

I am already looking forward to receiving our next visitors later this month – then I will also be able to greet my Swedish ESA colleague Christer Fuglesang.