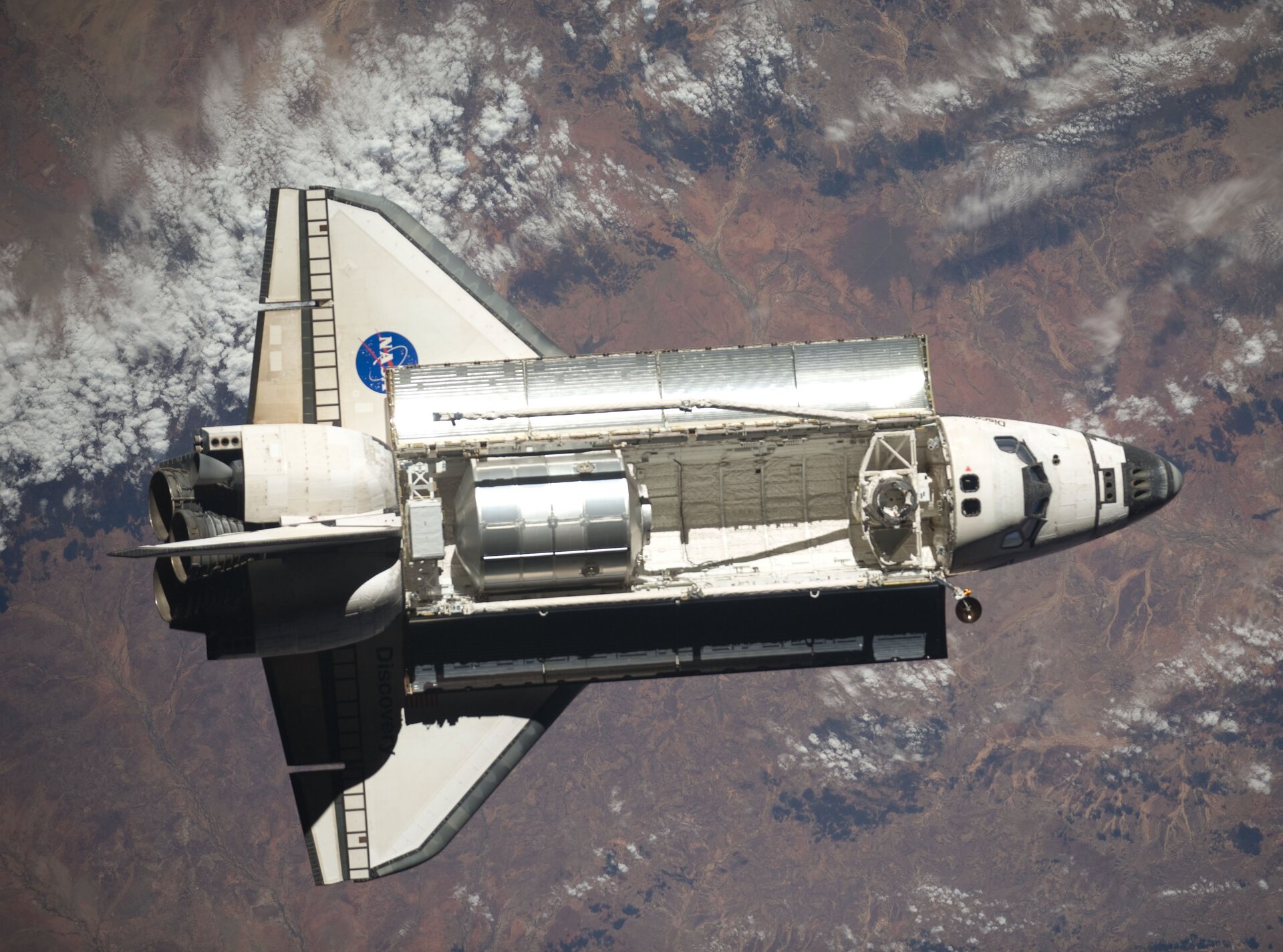 One of the most important European contributions to the International Space Station is the European Columbus laboratory, which was attached to the Station in February last year. I have repaired an important part of the Columbus Data Management System (DMS).

The DMS is at the heart of the Columbus software and is made up of a number of computers and other electronic equipment. On 21 August, I removed and replaced the faulty Command & Monitoring Unit 1 (CMU 1), one of four such units in the DMS. I worked together with colleagues located in the Columbus Control Centre (Col-CC) in Oberpfaffenhofen, in Germany. They were able to follow what I was doing in orbit via a video link. The repair was a success and the new unit is working perfectly.

On 31 August at 02:54 CEST, Space Shuttle Discovery docked with the ISS. Around 40 minutes later, I was able to welcome six American astronauts, and my Swedish ESA colleague Christer Fuglesang on board. As I have described before, such a visit from colleagues is a more than welcome change in the daily routine. And so, for the second time in my stay here in space, there were 13 people on the ISS: the seven Discovery astronauts and the six-strong ISS Expedition 20 crew.

The most important cargo delivered to the ISS by Discovery is a 4.5 tonne Multi-Purpose Logistics Module (MPLM). This module is called Leonardo and, together with Donatello and Raffaello, as their names suggest, it is one of three Italian-built MPLMs.

The MPLMs can be compared with a removal van, which – safely tucked away in the Shuttle's cargo bay – can carry up to ten tonnes of equipment, experiments and supplies to and from the Station. They also serve as a temporary pressurised ISS module. Using the Station's robotic arm the MPLM is transferred from the Shuttle and attached to the ISS, after which its cargo can be unloaded and then filled again with items to be returned to Earth. The MPLM is then carried back to Earth in the Shuttle. Next year Raffaello might become a permanent part of the ISS, making the Station even bigger.

Christer and I had the task to activate Leonardo. Everything went very smoothly and we floated into the temporary ISS extension slightly ahead of schedule. One of the items we transferred from Leonardo to the ISS was a rack with our new treadmill, T2. The design is based on our existing treadmill, but it uses a different system to dampen the vibrations as these can disrupt some of the delicate experiments we run here in the Station. The treadmill is named COLBERT, after the American TV presenter Stephen Colbert.

We also spent some time transferring and installing a number of scientific racks, including the European-built Minus Eighty-Degree Laboratory Freezer for ISS 2, or MELFI 2. The first MELFI is installed in the American Destiny laboratory; the second is now in the Japanese Kibo laboratory. We can use the MELFI-freezers to store experiment samples by cooling them to minus 80°C.