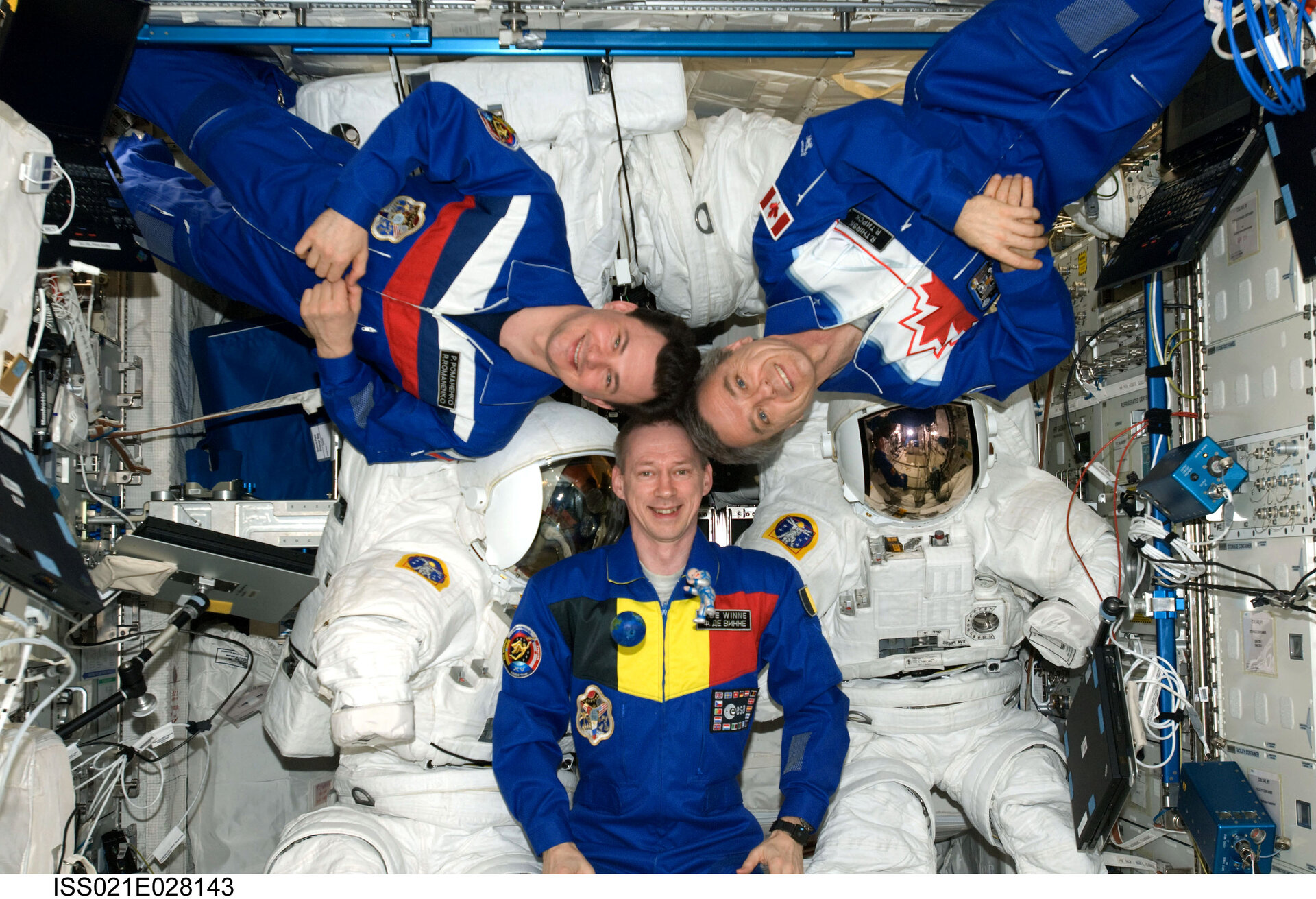 My space mission is about to end. On 1 December, I will return to Earth with Bob Thirsk and Roman Romanenko aboard the Soyuz TMA-15 spacecraft. I also had also a chance for one more visit by a Space Shuttle crew, the third during my spaceflight.

In fact, I have seen all three Space Shuttles. After a visit of Endeavour in July and Discovery in August, this time it was Atlantis that came to dock with the Space Station and bring some cargo. For the Belgians, the Shuttle Atlantis is especially dear: it was Atlantis that flew the first Belgian astronaut Dirk Frimount around the Earth for nine days in 1992 on a mission to conduct atmospheric observations.

Atlantis left Cape Canaveral in Florida on 16 November for a 11-day-long flight. The mission was to fly supplies and spares to the Space Station. This time the crew of the Shuttle did not include the usual seven astronauts on the way up, only when it returned to Earth. It flew back my Expedition 21 colleague Nicole Stott. Thus for the last moments of my mission, the ISS had only five crew instead of the normal six.

After my return with Bob and Roman, the rest of the crew, American Jeffrey Williams and Russian Maxim Surayev will stay aboard all alone for some weeks before a new trio arrives. We have to wait until next April until the ISS again has a full crew of six.

In the future, all members of the ISS permanent crews will fly to the Station with the Russian Soyuz spacecraft, just like I did. Only five Space Shuttle missions remain before the Shuttle retires at the end of next year, according to current planning.

I did transfer the command of the ISS to Jeffrey Williams. Being a commander of the ISS was a great privilege for me as an ESA astronaut.

This is the last entry in my flight diary from space. During this OasISS long-duration mission, I had many moving moments and it was a very special experience.

I hope that my space mission has been an inspiration for young people in particular, encouraging them towards working in science or technology. They will go even further into space, to the Moon and towards the planet Mars. It is this deep desire to explore that makes us human beings.