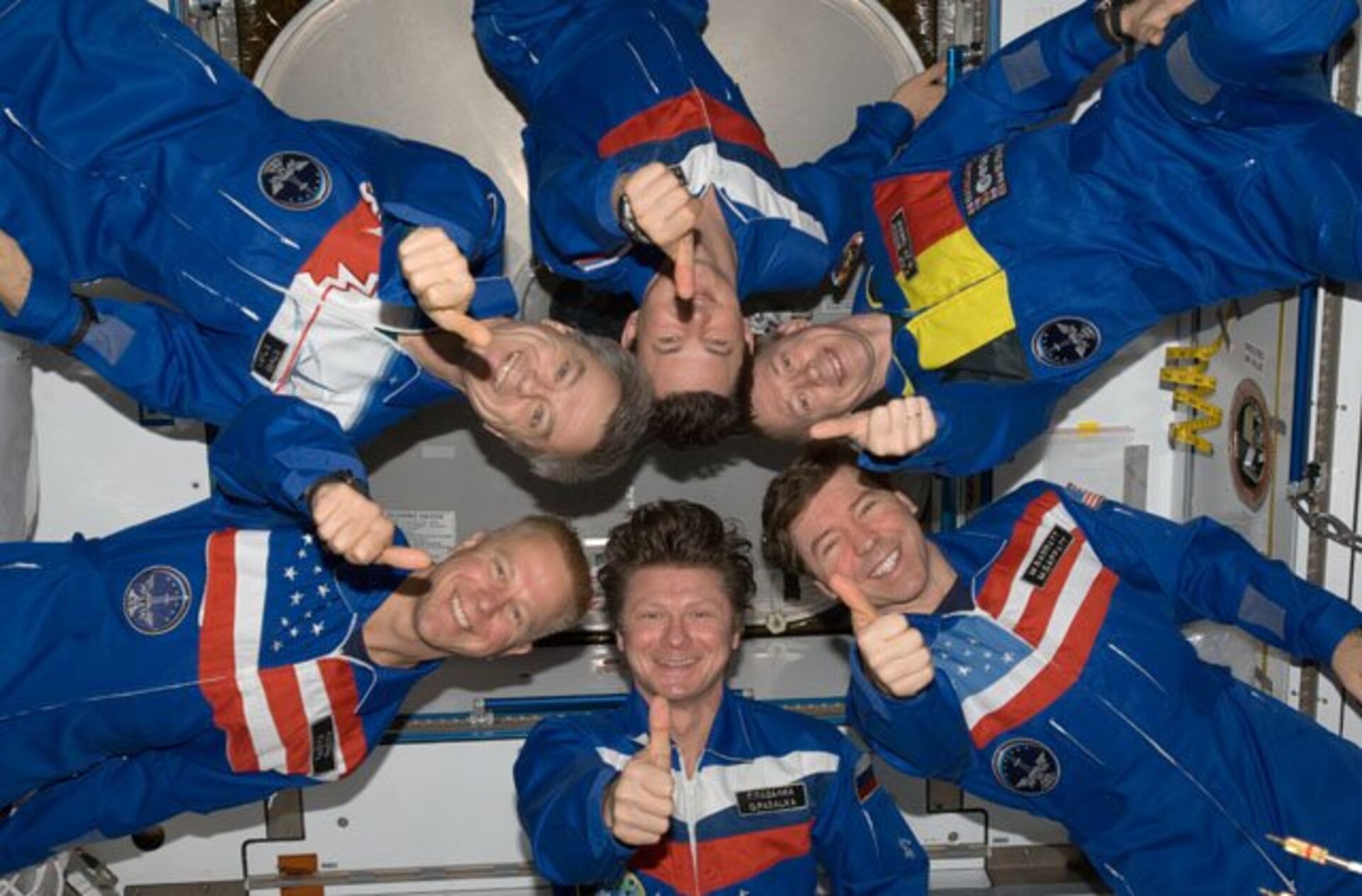 On 29 August, Space Shuttle Discovery (flight STS 128) had a spectacular night launch to the ISS from Cape Canaveral in Florida. The crew of seven includes my Swedish ESA colleague Christer Fuglesang. I already wrote about his Alissé mission in my last diary entry and the next entry will be about Discovery's visit to the ISS.

Yesterday the International Space Station was flying at an average height of 348 km above the Earth's surface. The closest approach to Earth (the perigee) was at 342 km, the furthest (the apogee) 354 km. The ISS rotates around the Earth roughly every 90 minutes, that's nearly 16 times a day! The angle of the Station's orbit to the equator is just less than 52°.

Because of (at this height very minimal) atmospheric drag, the Station gradually gets closer to the Earth. The past 24 hours the Station will have dropped in altitude by 44 metres. This amount varies each day because of fluctuations in solar activity which alters the density of the upper layers of the atmosphere.

By the way, there is no danger that we can get too close to Earth because the ISS regularly gets a 'push' upwards, for example from the spacecrafts that bring supplies to the ISS, such as ESA's Automated Transfer Vehicle (ATV). Another interesting fact: the first ISS module, Zarya, launched in November 1998, has made more than 61 750 orbits around the Earth.

Earlier this month I helped to repair the Fluids & Combustion Facility (FCF). This facility includes the Combustion Integrated Rack (CIR). The FCF is located in the American Destiny laboratory. This CIR facility contains a 100-litre furnace where combustion effects in weightlessness are observed. It is the only such facility on the ISS.

To end this diary entry I would also like to mention the quiz organised by the ESA's Human Spaceflight Education Team and UNICEF. The quiz, which is for European children aged 12-14, has the theme 'Water on Earth and in space'.

As goodwill ambassador for UNICEF Belgium this is a theme very close to my heart. The name of my mission, OasISS, also refers to water. UNICEF is currently running the WaSH campaign around projects for water, sanitation and hygiene.

By taking part in the quiz kids can learn about water on Earth and here in space. The quiz starts on 9 September and runs through to 30 September. In all there will be ten water related quiz questions published on the Internet. I will announce the winner myself from the ISS on 6 October.

All the information can be found on the webpage: ESA/UNICEFWater Quiz.