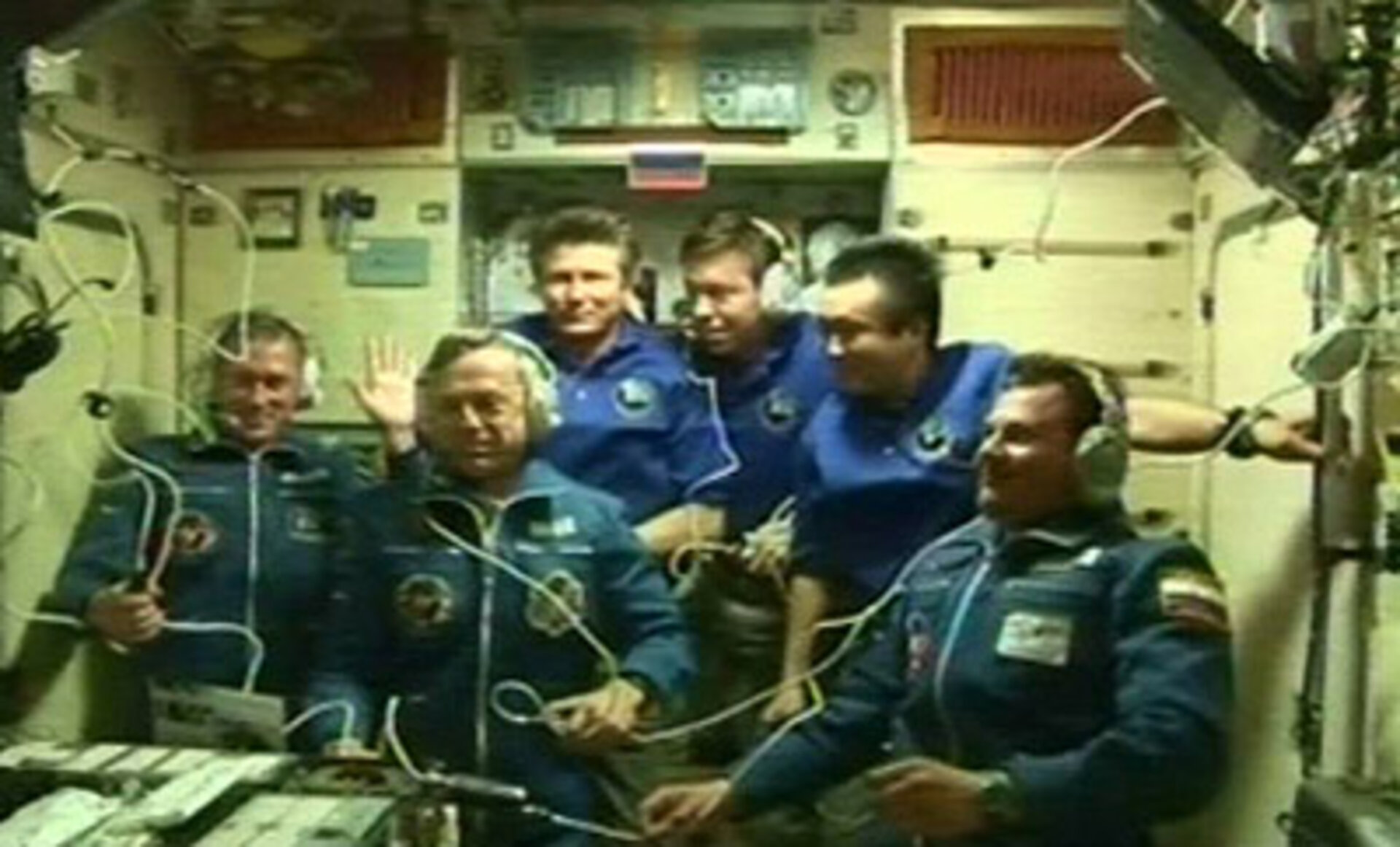 The crew of the International Space Station has increased to six for the first time today with the arrival of three new residents including ESA astronaut Frank De Winne with the Soyuz TMA-15 spacecraft.

With the Expedition 20 crew now together on the ISS, it is also the first time that all five ISS partners are represented by astronauts on the Station at the same time.

"This is a very exciting moment for the ISS Partners and a major milestone for human spaceflight and exploration. With Frank, Roman and Bob now together with the other three ISS crewmembers, we reach a full six-crew capability on the Station. We have had a very intense two weeks in Europe: the roll out of the Node 3, the selection of six new members of the European Astronaut Corps and now this milestone," said Simonetta Di Pippo, ESA Director of Human Spaceflight. "This opens up new and exciting opportunities on the utilisation of the Station for scientific and research activities but also in preparation for future exploration missions to more distant destinations."

De Winne, Romanenko and Thirsk will spend the next six months on the Station. For the first four months of their stay, De Winne will be a Flight Engineer as a member of the Expedition 20 crew, reporting to Expedition 20 Commander Gennady Padalka. With a rotation of three of the six crewmembers due in October, De Winne will take over as Commander of the Expedition 21 crew until his return to Earth in November. He is the first European to take on this role.

During his mission, called OasISS, De Winne will use the scientific facilities of the ISS, especially the European Columbus laboratory, to undertake a European programme of scientific experiments and technology demonstrations. These come predominantly from scientific institutions across Europe and include experiments in human physiology, biology, radiation dosimetry, exobiology, fluid physics and materials sciences.

ESA views education as a valuable aspect of its human spaceflight missions, helping to inspire the youth of today. As such, the OasISS mission will be the prime focus of ESA’s education activities during the mission, including a live lesson given by De Winne from the ISS.