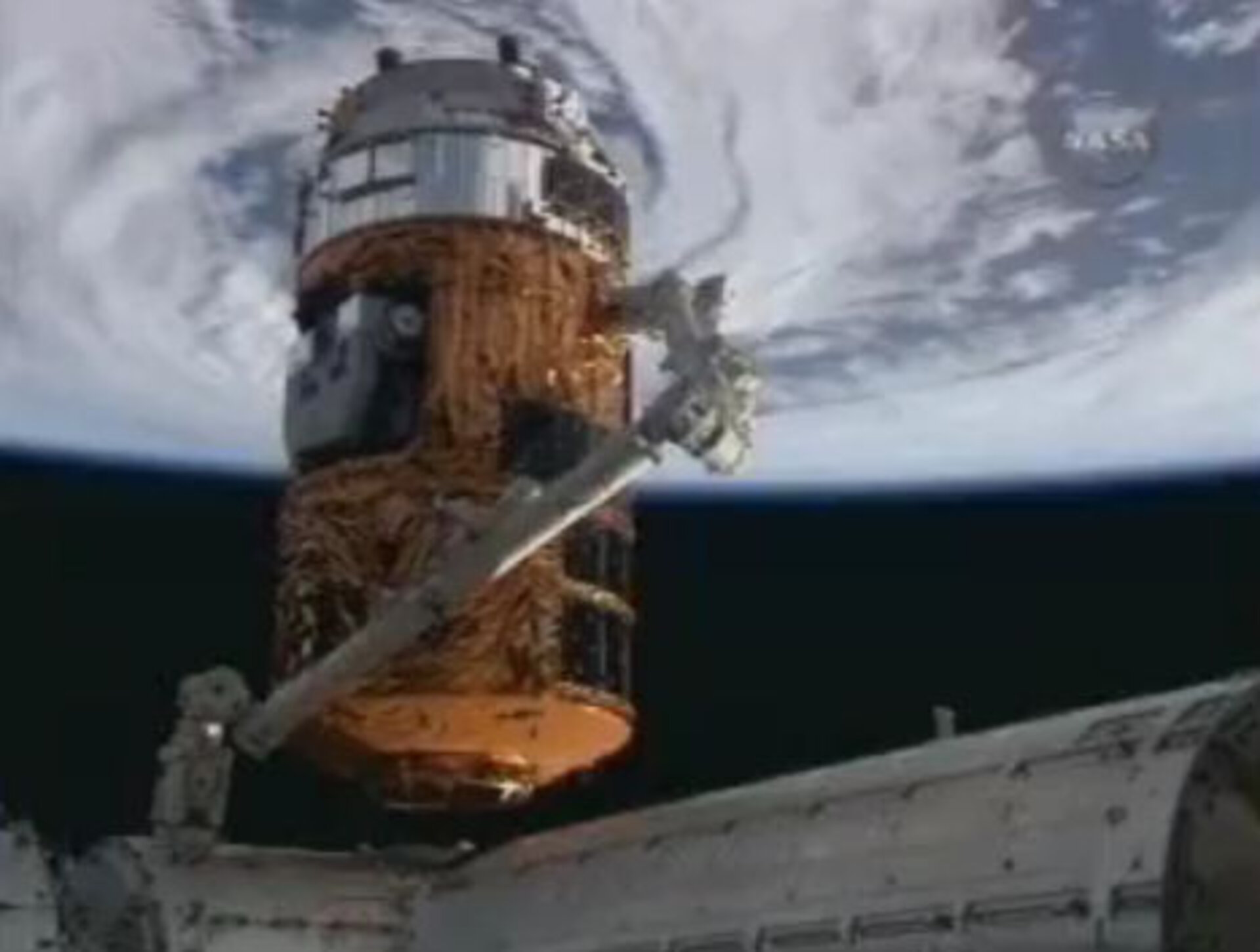 The unmanned Japanese H-II Transfer Vehicle arrived at the International Space Station last night and was attached to the Earth-facing (nadir) port on the Harmony module using the Station’s robotic arm.

Launched on 10 September from the Tanegashima Space Center in Japan, the first H-II Transfer Vehicle (HTV-1) is carrying about 3.5 tonnes of supplies to the Station.

Having completed a sequence of operations to demonstrate its range of capabilities, Station managers gave the go-ahead for HTV-1 to approach to a point just below the International Space Station (ISS).

HTV-1 was then manoeuvred into position and slowly moved towards the nadir port on the Harmony module. The spacecraft was attached at 00:26 CEST (10:26 UT).

After the activation of the HTV subsystems, Thirsk and De Winne will perform vestibule outfitting procedures to prepare it for ingress and unloading.

Later in the attached phase of the HTV-1 mission, De Winne will operate the Japanese robotic arm to attach and unpack the Japanese Exposed Pallet on the outside of the Japanese Kibo laboratory.

HTV-1 is scheduled to remain docked to the ISS until 1 November.